The lawsuit alleges the school was negligent and failed to protect the 12-year-old from hazing and abuse from fellow cadets. 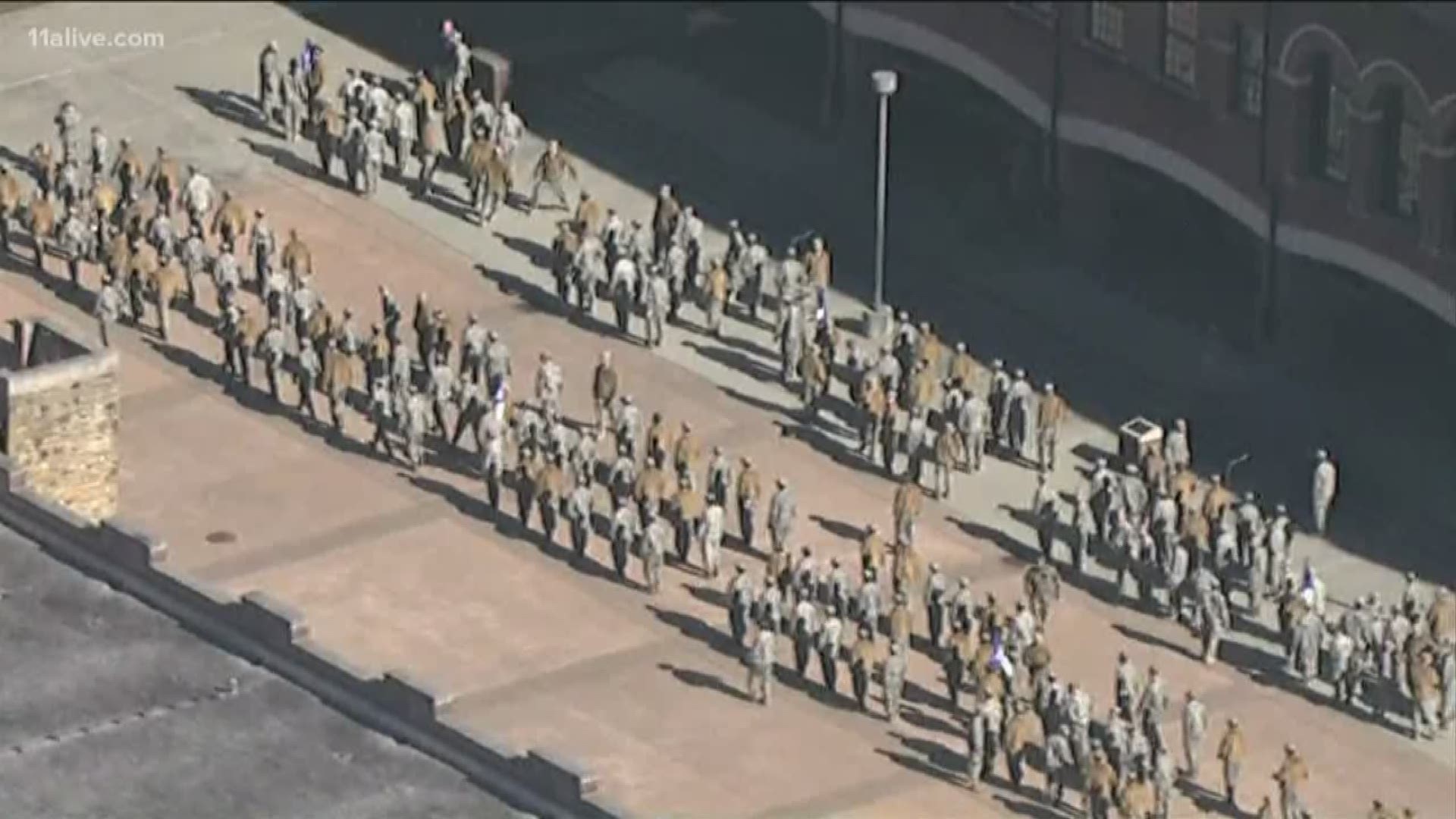 A former student at Riverside Military Academy in Gainesville has filed a lawsuit against the school and administrators, claiming he was sexually and physically abused by older cadets and the school didn’t stop the violence.

The plaintiff, who turned 18 years old this year, claims a fellow cadet would beat him, "bang his head against the wall" and also "strongly grabbed his testicles" during his time at Riverside in the 2012-2013 school year. The now-former cadet, who was 12 and 13 years old at the time, is accusing Riverside of failing to report to police the complaints that he says he described to them when he first came forward as a child, 6 years ago.

He has asked in the lawsuit to be identified only by the initials "L.A.," and is asking for more than $100,000 in damages for each of the two counts in his lawsuit, as well as a tuition reimbursement of more than $30,000 for the one school year he spent at Riverside Military Academy.

Two former cadets identified in the lawsuit are accused of hazing and abusing the student to gain “status” at Riverside during his enrollment at the school. The lawsuit says that administrators knew the two cadets had a history of physical abuse and aggression and shouldn’t have been allowed to go to the school.

“It was well known at Riverside, and was common knowledge that cadets in the shower required playing 'drop the soap',” the lawsuit stated. “If a cadet such as L.A. dropped the soap, the others would simulate sexual penetration.”

The lawsuit also claims that Riverside exchanged emails with the child’s mother, who reported the abuse. It also alleges that the abuse was reported “by the plaintiff’s teachers to one or more Riverside defendants.”

The lawsuit points out that, under Georgia law, the school was required to report allegations of child abuse to police, but the cadet's complaints "resulted in no governmental investigation nor interrogation" to confirm or refute his accusations.

“Riverside defendants did little or nothing to stem the tide of abuse inflicted upon L.A.,” the lawsuit states.

When the defendant’s mother continued to question the school about abuse, school staff allegedly stated, “‘You know how boys are. Sometimes they fight.’ Or, ‘boys will be boys,’” according to the lawsuit. The complaint does not specify who supposedly said this to the boy’s mother.

Riverside Military Academy is within the Gainesville city limits, and Gainesville Police records going back to 2014 indicate that since then there have been 5 reported assaults at Riverside, plus two reports of sexual assaults at the school, according to Sergeant Kevin Holbrook.  Holbrook told 11Alive News that since the complaints involved minors, police could not share any further details, or indicate whether any of those criminal complaints were in any way related to the lawsuit just filed.  Records prior to 2014 were not immediately available Wednesday.

A spokesperson for Riverside Military Academy wrote 11Alive News in an email that the school cannot comment, yet, on the allegations or the issues raised in the lawsuit.

“We stand by our statement we have communicated to our parents: We want you to know we have received reports from media that a lawsuit has been filed against Riverside Military Academy for alleged incidents that occurred in the 2012-2013 school year.

“The safety and well-being of our cadets has always been a priority. It is difficult to comment on this matter, since we neither know the details of the allegations nor have we been served with the lawsuit.”