Howard announced 11 charges against Rolfe, including felony murder, prior to the conclusion of the GBI investigation of the Brooks shooting. 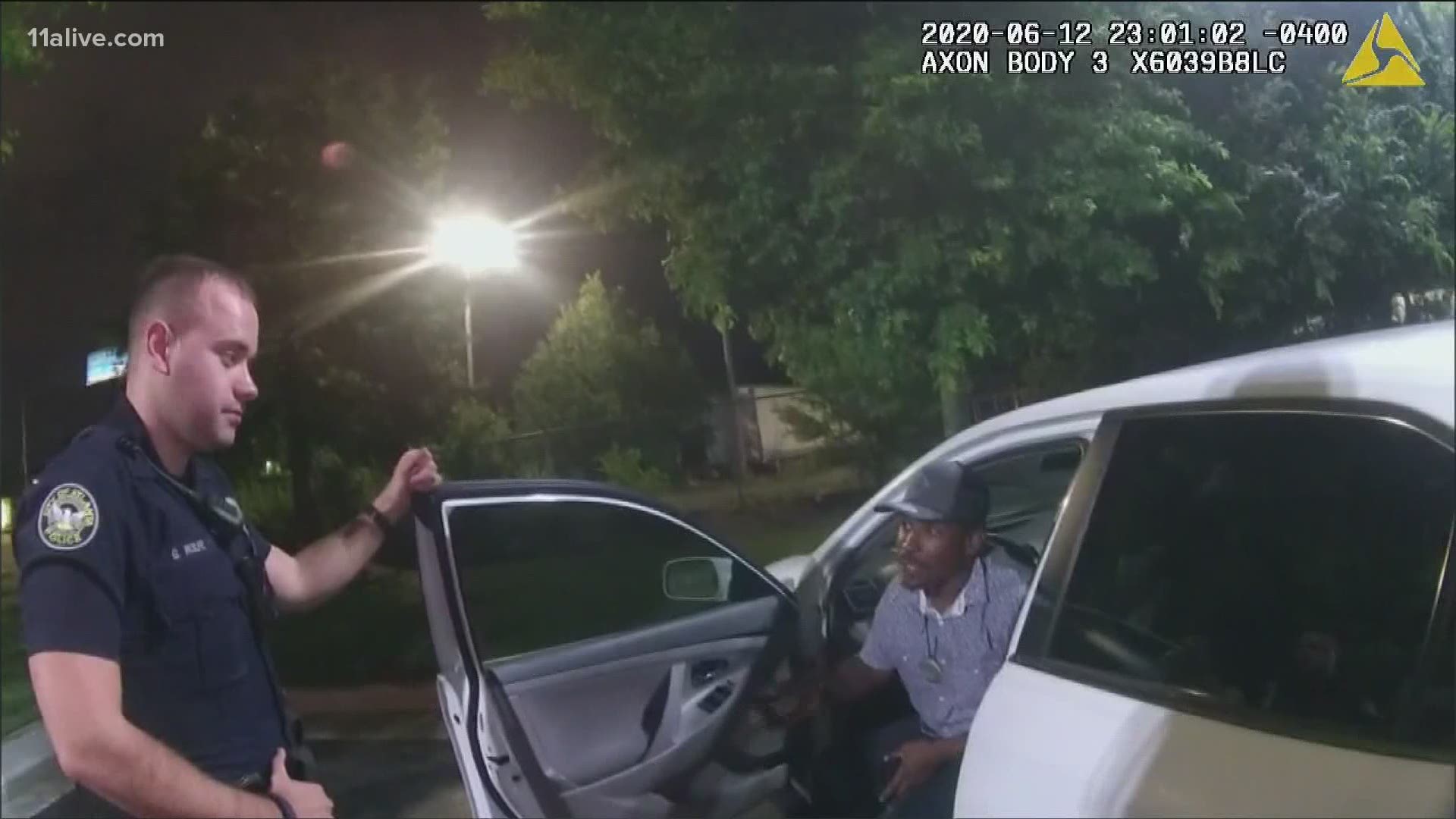 Brooks was shot and killed during a DUI stop at a Wendy's restaurant in southeast Atlanta on Friday night, June 12.

During the struggle, the officers attempted to use a Taser on Brooks, but Brooks was able to retrieve the Taser and run away.

In surveillance video from the restaurant, and released by the Georgia Bureau of Investigation, Brooks could be seen running from the officers. At one point in the video, Brooks is seen turning and appears to point the Taser at the officers. Rolfe pulled his service weapon and fired three shots at Brooks.

Brooks was transported to Grady Memorial Hospital in downtown Atlanta, where he died in emergency surgery.

As is customary following officer-involved shooting incidents, the GBI was called in to take over the investigation of the case.

On Saturday, June 13, Atlanta Mayor Keisha Lance Bottoms called for the immediate termination of Rolfe and the suspension of Brosnan. Atlanta Police Chief Erika Shields tendered her resignation, which was accepted by Bottoms.

The mayor announced the appointment of Rodney Bryant as interim police chief. She also said the city was beginning an immediate nationwide search for a permanent replacement for Shields.

Criminal charges against Rolfe and Brosnan were announced by Howard at a news conference on Wednesday, June 17. The charges were announced prior to the conclusion of the GBI's investigation, which, as of this date -- July 10 -- has not been completed.

While prosecutors are not necessarily tied to the results of the GBI investigation in relation to their charges, there have been accusations of malfeasance on the part of Howard by the Atlanta Police Union, and by Rolfe's defense team.

North Georgia U.S. Congressman Doug Collins has joined with members of the Atlanta Police Union in denouncing Howard, saying that the district attorney should have waited for the GBI investigation to be concluded before issuing charges in the case.

Collins' north Georgia congressional district does not include any portion of Fulton County or the city of Atlanta. However, he is running against U.S. Sen. Kelly Loeffler in the special election for the U.S. Senate seat vacated by the retirement of Johnny Isakson at the beginning of 2020.

On June 21, in a joint news conference with the police union, Collins said that Georgia Attorney General Chris Carr should remove Howard from the case and appoint a special prosecutor to handle the case going forward.

Collins accused Howard of overstepping his bounds at the expense of law enforcement.

"Charging an Atlanta police officer with felony murder before completion of the GBI's investigation was a political decision, not a legal one," Collins said.

Collins pointed to the Ahmaud Arbery murder case in Glynn County as a precedent.

"If a special prosecutor was warranted in the Ahmaud Arbery case, then it certainly warrants the appointment of one here," Collins said

Carr responded, citing Georgia law, saying he is not permitted to appoint a special prosecutor in the Brooks case.

The attorneys say this is an example of a lack of due process on the part of Howard's office in the Rolfe Case.

"Howard initially told the Fulton County Daily Report that his office 'proactively' sent out grand jury subpoenas in advance of the expiration of the judicial emergency order 'in the hopes' that a grand jury might be able to convene once the order expired," the statement said, in part. "He later changed his story and said that the 'employee who issued the Grand Jury subpoena was under the impression that the March/April Grand Jury was still impaneled.' Obviously, these statements cannot be reconciled with each other."

The statement by Pines and Thomas goes on to point out that the misuse of a subpoena can be a violation of the Georgia Rules of Professional Conduct and can result in the disbarment of an attorney.

In addition, the statement said that they have learned that Georgia Attorney General Chris Carr has asked the Georgia Bureau of Investigation to widen its current investigation of Paul Howard to include "the misuse of grand jury subpoenas."

Late Friday afternoon, Howard issued a statement pointing out that at the time his office issued a grand jury subpoena in the Brooks case, that under the current emergency judicial order issued by the state supreme court, a grand jury that had been previously impaneled remained in existence.

"There has been much confusion about whether my office legally issued a grand jury subpoena on June 13, 2020," Howard said, in part. "At the time the subpoena was issued, two grand juries had been convened. One jury was convened for the regular cases from Fulton County, and the second grand jury was convened to evaluate public corruption cases."

According to Howard, the first grand jury had previously been dismissed by the district attorney. But the second grand jury was not present and

However, Howard said, the grand jury's requirement of physical appearance at the Fulton County Courthouse has been suspended until the emergency judicial order issued by the Georgia Supreme Court has been lifted.

"Accordingly," Howard said, "Three is a sitting grand jury which would be authorized to affirm the issuance of a subpoena."