As the protest continues into the overnight hours, reports coming out of Buckhead area seeing looting and riot fires. 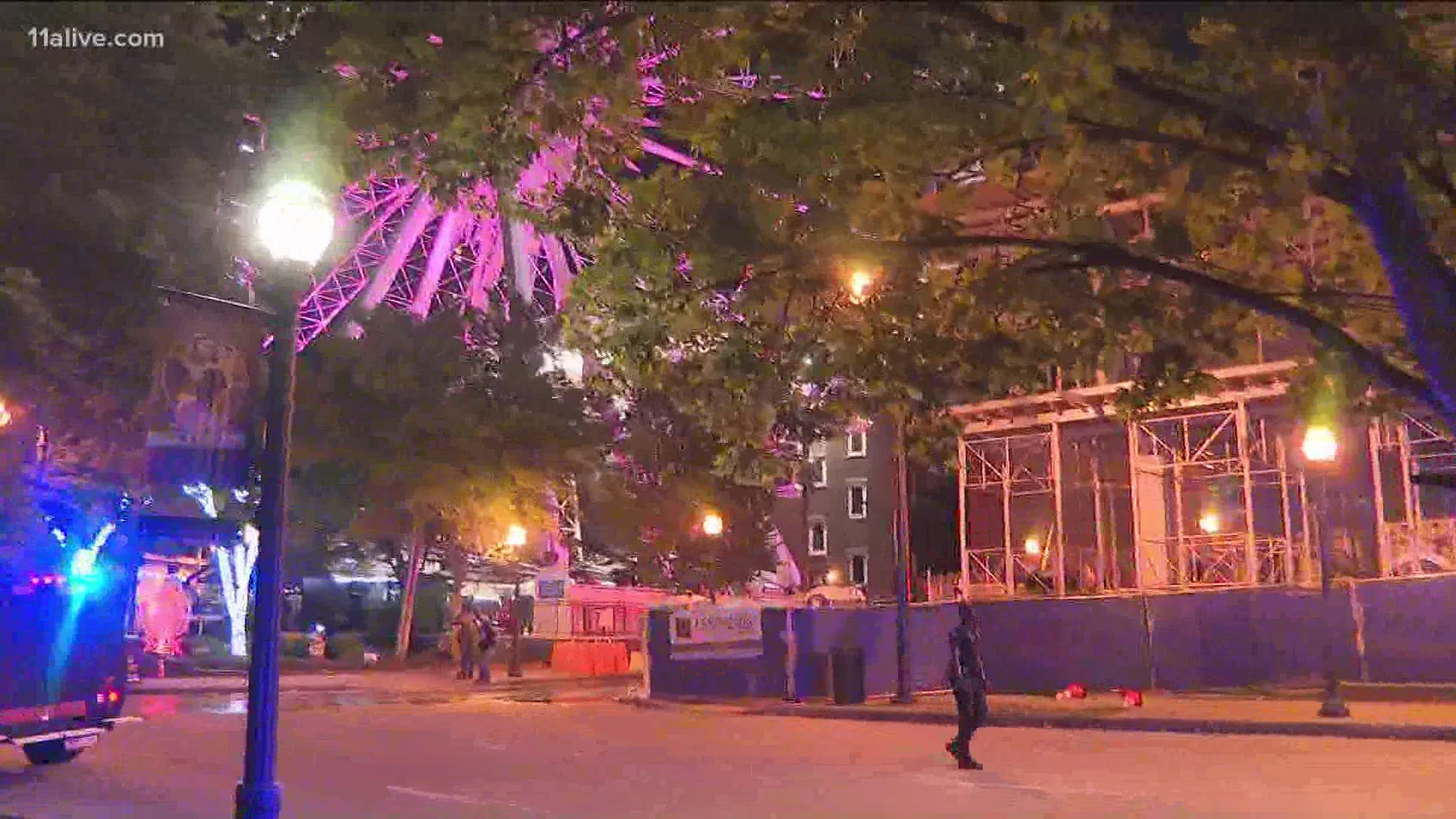 Multiple businesses around Centennial Olympic Park were vandalized and looted, including the CNN center and the College Football Hall of Fame.

In the overnight hour,  some protesters appeared to shift towards the Buckhead area.

Police started setting up at Lenox Mall after social media talk was of protesters heading that way.

Shortly after midnight, Atlanta Fire Department sent out a tweet confirming reports of looting and business fires in the Lenox area.

"Atlanta Fire has been responding to multiple vehicle fires and reports of building fires throughout downtown and now into the Buckhead area. Mutual aide has been request from neighboring jurisdictions," wrote the Department in the tweet.

Shortly after that initial tweet, other reports came in about a fire at Del Frisco’s restaurant located in Lenox Mall.

Atlanta Fire said, "Fire units in the area but unable to get to fire due to protestors."

11Alive crews documented more destruction as protesters moved from downtown to Buckhead, including breaking glass and equipment at a MARTA station.

Multiple police departments from around metro Atlanta were called in to help Atlanta Police deal with the riot.

Looting was reported at upscale stores including Gucci and IceBox as well as at Estate Jewelers, where managers estimate thousands of dollars worth of merchandise was stolen.

Georgia Governor Brian Kemp also declared a state of emergency late Friday. That order activates as many as 500 Georgia National Guard members to "protect people & property in Atlanta", according to Kemp's tweet.