Antonio Williams has been charged with robbery by snatching and giving a false name and birth date. 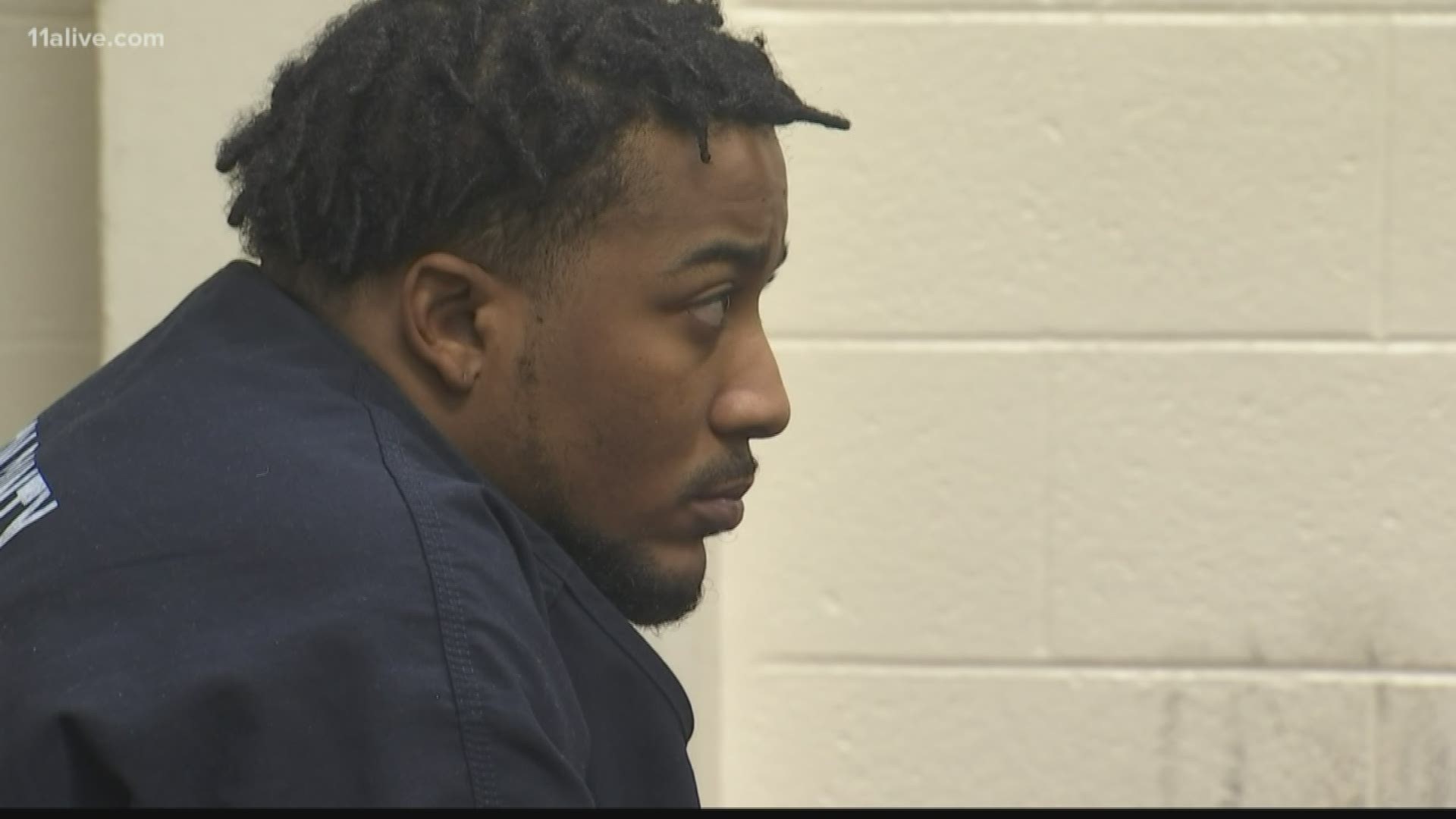 ATLANTA — One of two suspects in Saturday evening's officer-involved shooting incident at Lenox Square Mall, 23-year-old Antonio Williams, made his first appearance before a Fulton County judge on Monday morning.

Williams, from Flint, Mich., has been charged with robbery by snatching and giving a false name and date of birth.

The second suspect, identified by the Georgia Bureau of Investigation as 21-year-old Christian Edlin from Louisville, Ky., remains hospitalized after he was shot and wounded by an Atlanta police officer during the incident.

Authorities said Edlin was apparently trying to stop a man who had robbed his friend, now believed to be Louisville rapper 2KBABY. 2KBABY says he was standing with Edlin when police shot him in a parking deck at the shopping mall.

Edlin is facing charges because he had a gun pointed at the thief and refused an officer's command to drop the weapon.

Investigators said officers had responded to a "shots fired" call at the mall when they found two people -- Edlin and a second person, who has not officially been named as of this point -- pointing weapons at Williams.

Investigators said that officers instructed the men to put down their weapons but that Edlin didn't do so. That is why, according to Atlanta Police, the officer shot him.

RELATED: Rapper says friend was shot by officer at Lenox Mall while holding robber at gunpoint

According to the GBI, Edlin has been charged with aggravated assault, possession of a firearm during the commission of a felony and carrying a pistol without a license.

During Monday morning's hearing, Judge Oliver said that Williams' next court appearance would be on Monday, Feb. 3, 2020 at 9:30 a.m.