The robbery was captured in surveillance video. 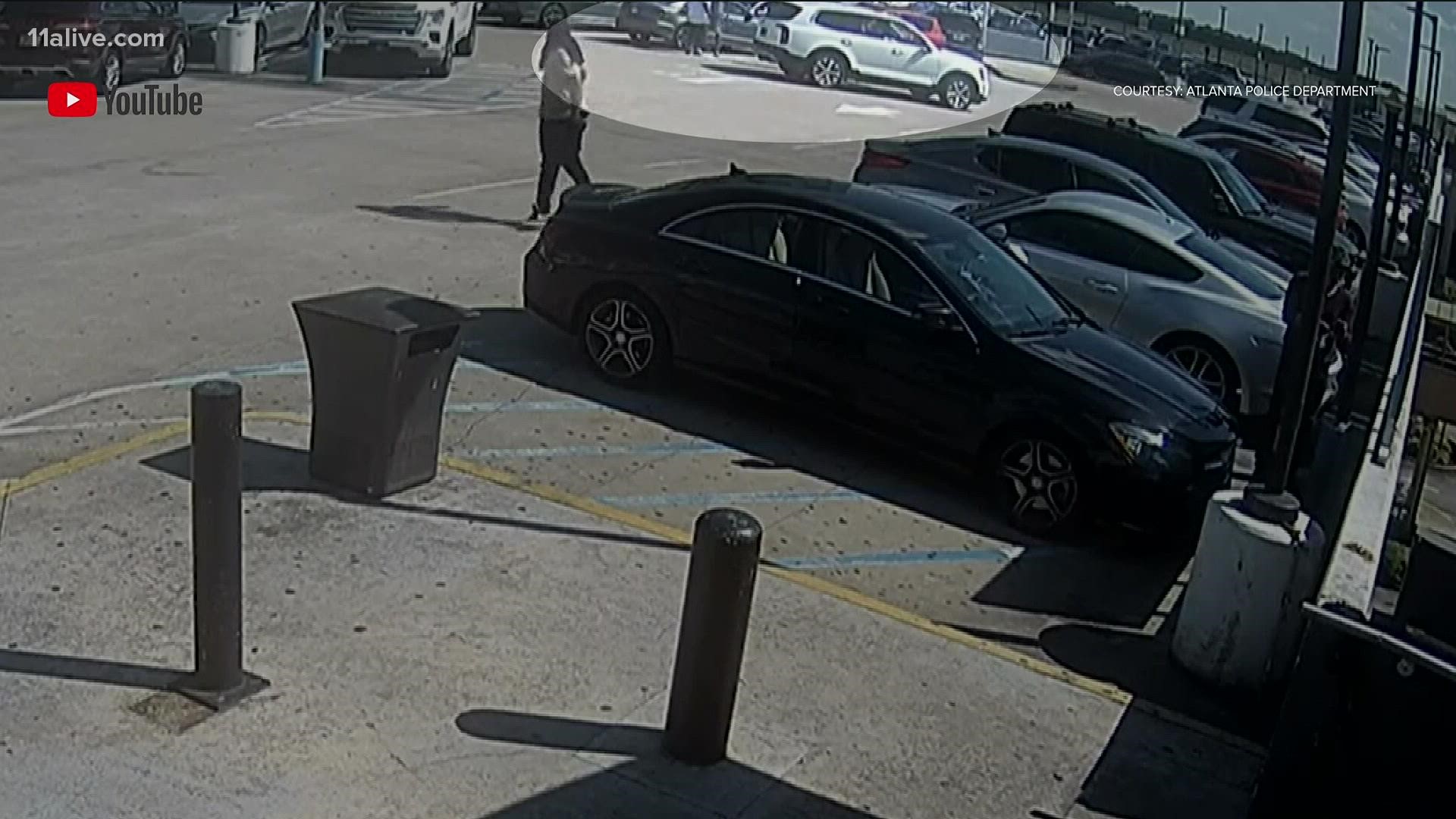 ATLANTA — Atlanta Police are working to identify suspects involved in an armed robbery that happened at Lenox Square Mall on Sunday.

The robbery was captured in surveillance video that shows the victim running across the parking lot by Macy's after he said a man with a gun approached him.

Police said the second suspect was inside a white SUV, which can be seen in the video. The victim told police he threw his wallet and ran as gunfire ensued.

Fortunately, it does not appear anyone was hurt in the incident, but bullets did hit a bystander's car.

Another man told police the same suspects tried to approach him as well.

Anyone with information is asked to contact Crime Stoppers Atlanta at 404-577-TIPS (8477) or text CSA and the tip to CRIMES (274637). According to police, any identifying information is eligible for the reward of up to $5,000.