Four years after 2-year-old Laila Daniel’s death, the murder trial is beginning for her foster parents. 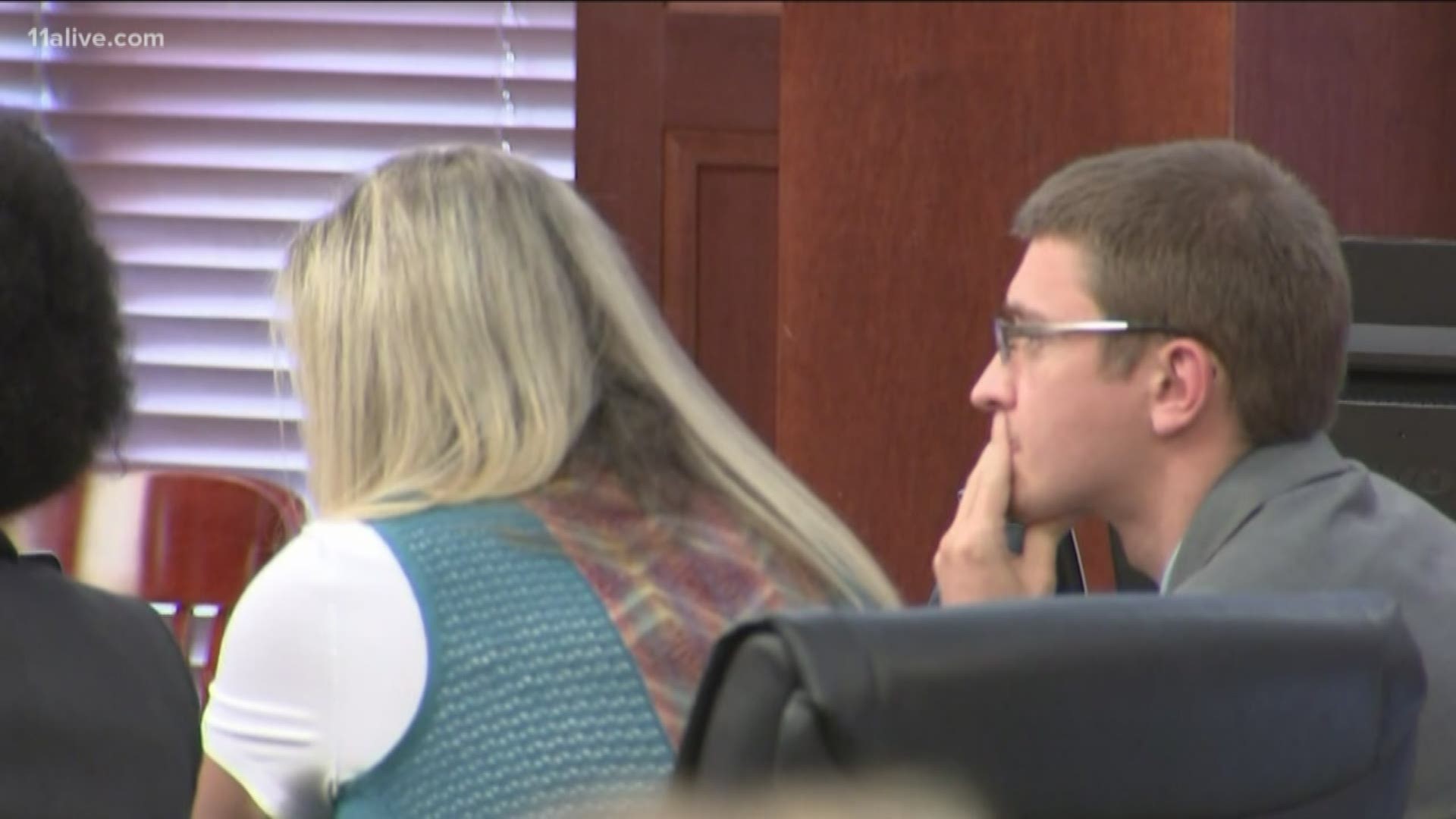 MCDONOUGH, Ga. — Opening statements began Wednesday in the trial of foster parents accused in the death of a 2-year-old child.

The Rosenbaums are facing 49 charges including murder, abuse, and assault.

WATCH THE TRIAL: Trial of foster parents charged in murder of 2-year-old girl

In opening statements, prosecutors painted a picture of a couple living a life of lies. Daysha Young, the prosecuting attorney, repeatedly referred to Jennifer and Joseph Rosenbaum’s life as a “façade.”

“They, the defendants, spun a web of lies from beginning to end,” Young told the jury during her opening statements.

The Rosenbaums gained custody of Laila and her sister, Millie Place, in July of 2015. By November, 2015 Daniel was dead.

The Rosenbaums claimed Laila choked on a piece of chicken. The medical examiner ruled she died from abuse and had sustained a number of injuries during her time with the Rosenbaums, including:

“Since 2015 these defendants (the Rosenbaums) have been putting on a façade,” said District Attorney Young. ”But in this trial they will be exposed to you as the liars, abusers, and murderers they are.”

Young went on to detail what she says was a cycle of abuse Laila sustained at the hands of her foster parents. She showed the jury graphics detailing the internal and external injuries Laila had when she died.

The Rosenbaums attorney, Corinne Mull, said in her openings statements that Laila and Millie’s families were happy to have Jennifer and Joseph as foster parents. Laila’s mother knew Jennifer Rosenbaum from their time as foster children together. That’s how the mother chose the Rosenbaums for temporary custody of her children.

“DFCS (Dept. of Family and Child Services) workers will tell you Jennifer had those children clinging to her,” said Mull. “They loved on her and Joe. You do not love abusers. You do not cuddle up with abusers.”

The Rosenbaum’s lawyer pointed out that Joseph worked two jobs when Laila and her sister were staying with them. Jennifer was a third year law student at Emory University and was running for a seat on the Henry County Commission when Laila died.

“She took the children to law school,” Mull told the jury. “You will see pictures of that.”

Mull said she will show jurors some of the more than 2,000 pictures the Rosenbaums took of the girls during their time together.

“That is not what an abuser does. They documented their lives with Laila and Millie by taking pictures," said Mull. “Then tragedy struck.”

Mull said the injuries prosecutors are referring to primarily happened due to the girl’s play, including in gymnastics classes, or happened prior to their time with the Rosenbaums.

Mull explained Laila’s transected pancreas happened on the day the 2-year-old died, when Jennifer tried to dislodge chicken the little girl was choking on.

“She accidentally caused the death in her haste and panic,” said Mull.

Mull said the Henry County authorities misrepresented the evidence against her clients because Jennifer Rosenbaum was an outspoken critic of the county police and government.

Throughout opening statements, the Rosenbaums looked down at the table, making notes. The jurors and alternates, 5 women and 9 men, took notes as the District Attorney showed a graphic detailing Laila’s internal and external injuries on the day of her death.

After opening statements, the first witness took the stand. He was the paramedic who responded to the 911 call of Laila Daniel choking on the day of her death.

When the prosecutor showed a photo of Laila Daniel's back after she died and asked if he'd ever seen injuries like that as a result of CPR or the Heimlich maneuver. His response was, "Never." 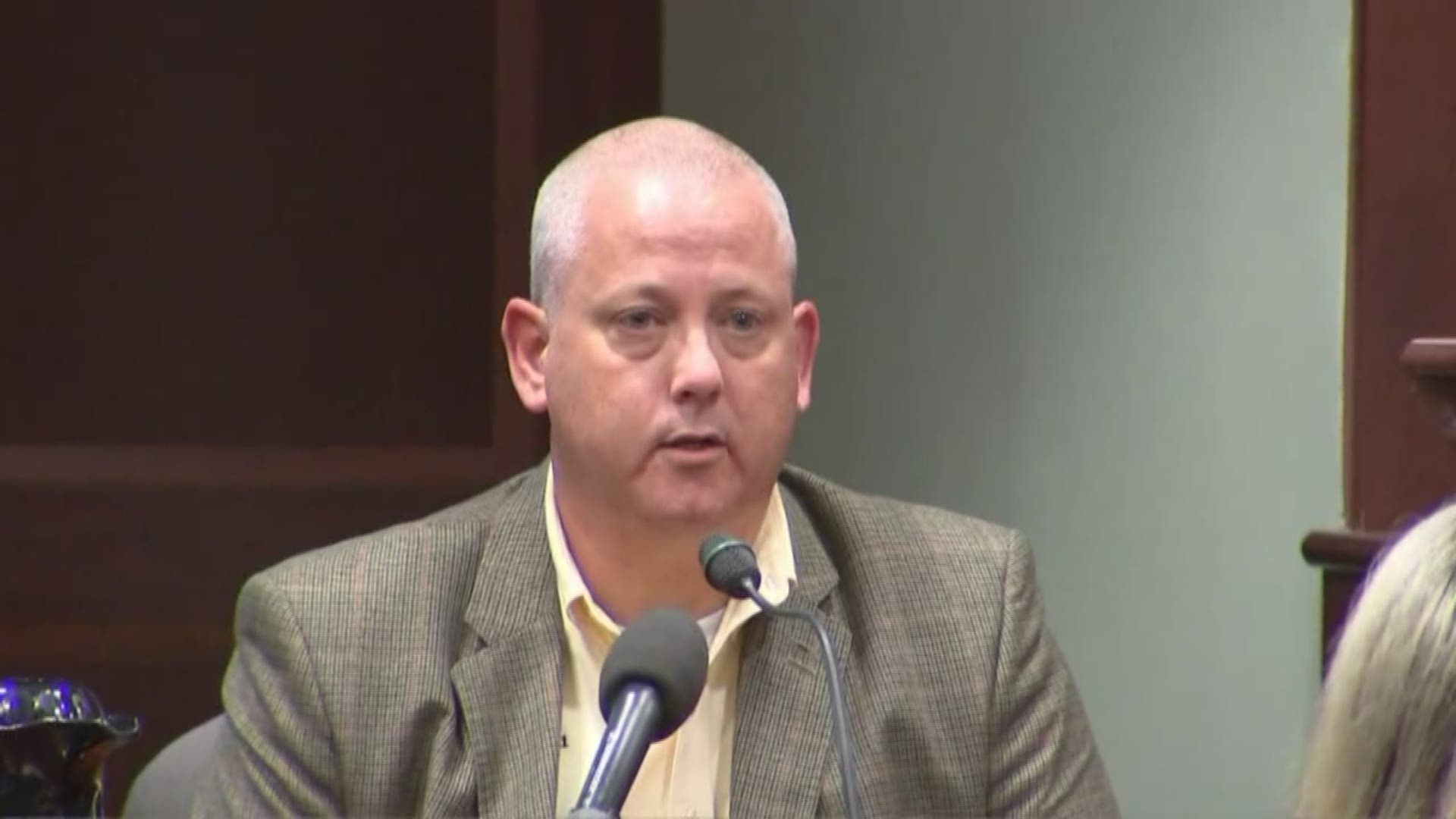 He said when he spoke with Jennifer shorty after Laila's death she appeared unemotional but when asked if that could have been as the result of shock, he replied yes. Cleveland also testified Joseph Rosenbaum arrived home from work he seemed stunned.

Under cross-examining, Cleveland admitted he had no medical training and was an elected official.

The trial is expected to last approximately 3-4 weeks.