Homicide investigators tracked down the boyfriend this week and arrested him on multiple warrants. 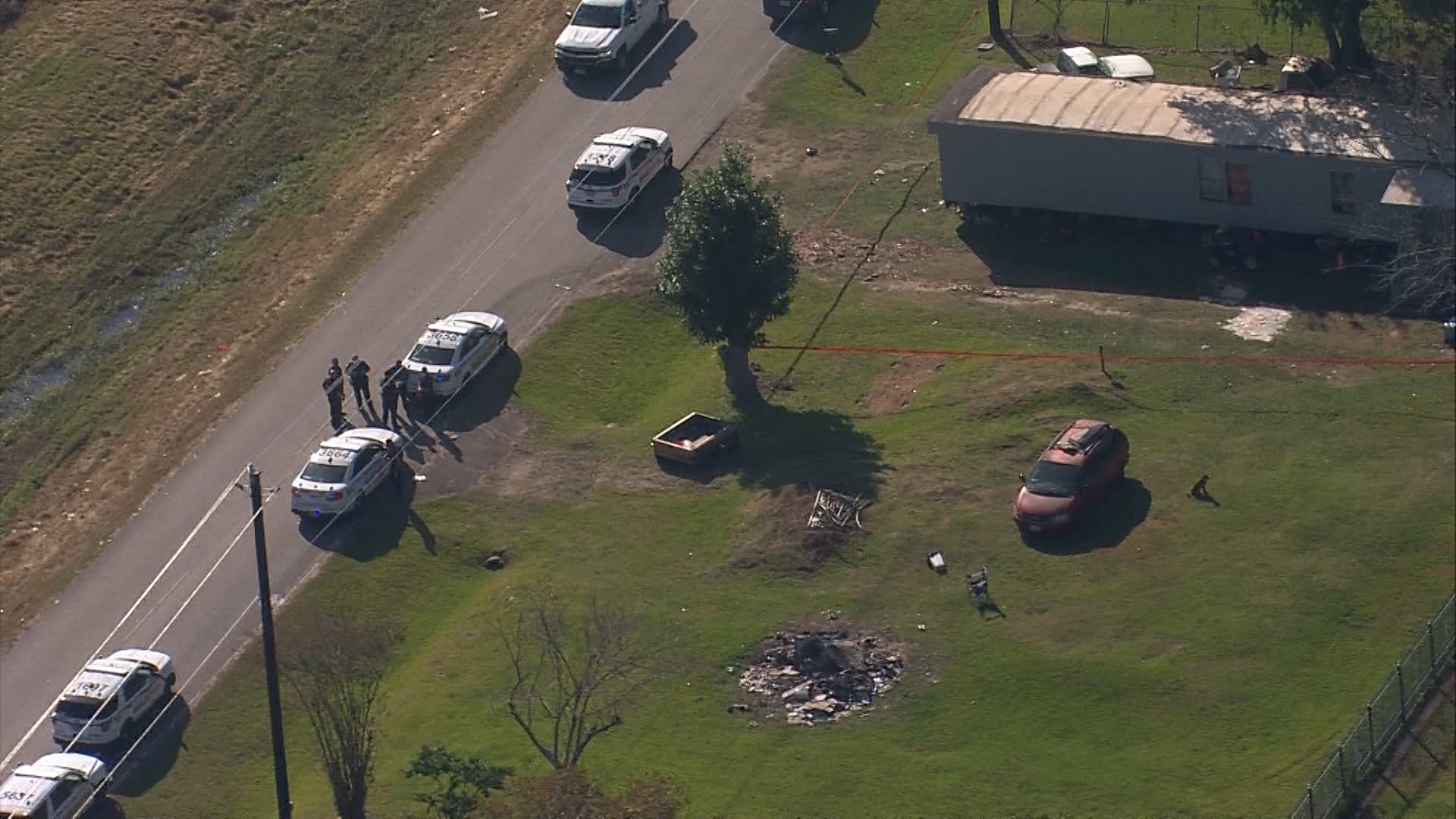 HOUSTON — A man is in custody for last week’s beating death of a woman inside a mobile home, the Harris County Sheriff’s Office said early Thursday.

Editor's note: the video in this story is from the day of the crime - prior to the arrest

The murder happened in the early-morning hours of Nov. 6.

Sheriff’s deputies were called to a home in the 7200 block of Rimwood, in the Sheldon area. They said a homeowner found his niece, Acosta, beaten and unresponsive. Paramedics responded, but the woman was pronounced dead at the scene, likely from “blunt force trauma.”

At the time of the killing, the uncle said several people had come and gone from his home in the overnight hours, and the victim was last seen arguing with her boyfriend at about 1 a.m.  The uncle also told investigators he had allowed his niece to live at his home.

Related: Uncle finds his niece beaten to death inside his Harris County home

Homicide investigators later tracked down the boyfriend, Gallegos, and arrested him on Monday on multiple warrants. On Wednesday, he was charged in the beating death of his girlfriend, county records showed.

He is booked in the Harris County Jail. A probable cause hearing that was scheduled for Thursday morning appears to have been delayed as the suspect tested positive for COVID-19.

“We know these situations can escalate to fatal violence at any time," activist Beverly Gooden told KHOU 11 News earlier this year after a string of domestic violence crimes.

“Getting out saved my life," Gooden said.

“We know these situations can escalate to fatal violence at any time," Gooden said.

She knows how hard it is to leave.

“You have someone telling you 'I'm going to change. I'll never do it again,' things like that, and so you believe that despite what the behavior may show," Gooden said.

She said there are warning signs that victims can look out for:

“My ex-husband moved me across the country, away from everyone that I knew," Gooden said.

Gooden made a plan. She was able to escape. She now makes bolt bags to help others get out.

Those in need of help getting out of a domestic abuse situation can also reach out to the Houston Area Women's Center.