Canton man indicted after he allegedly blacked out, shot and killed his pregnant girlfriend and her uncle

During the 911 call, Kristopher Johnson told dispatch he hadn't taken his medication, blacked out and shot them both. 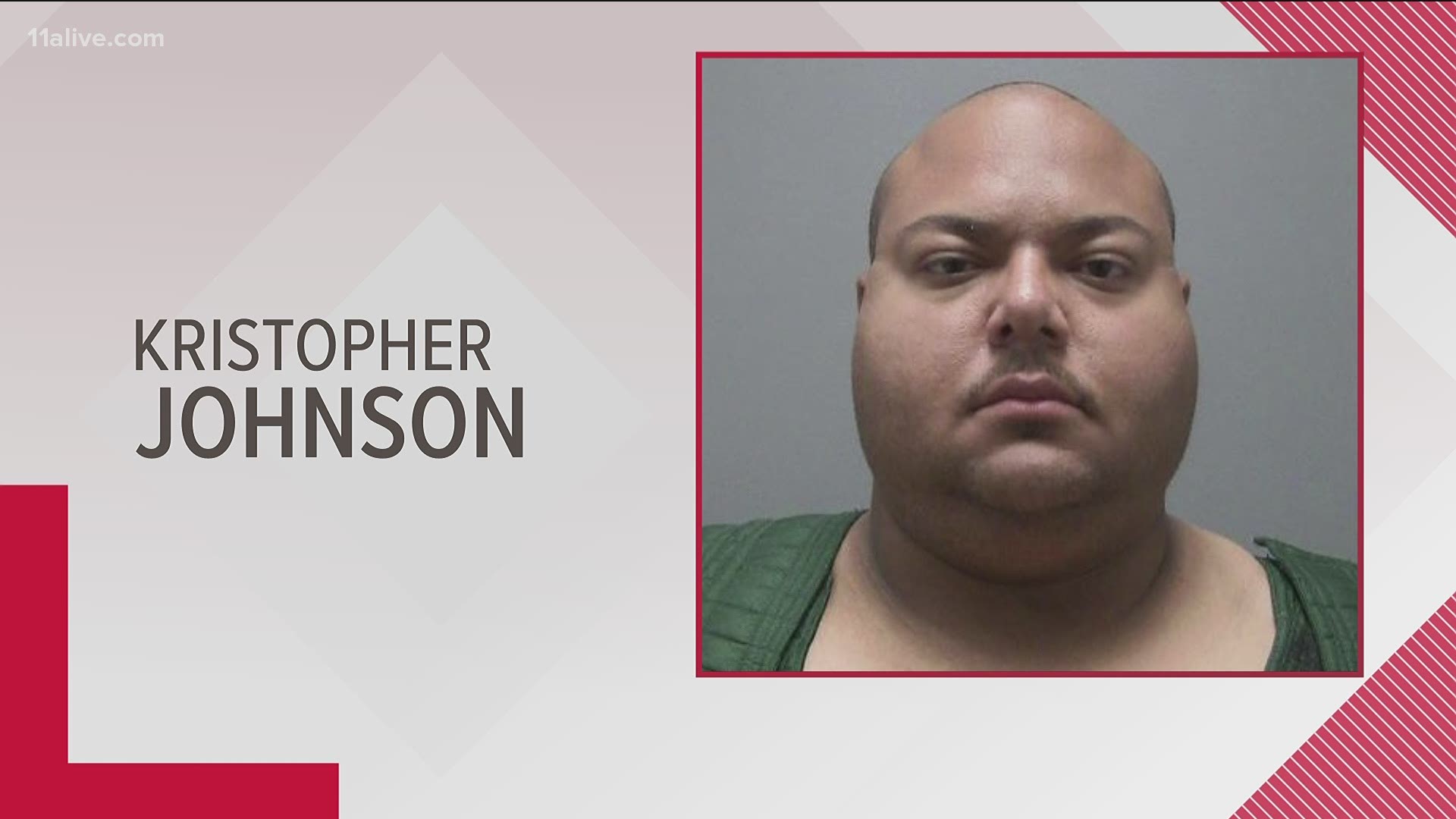 CANTON, Ga. — A Canton man is being indicted after allegedly shooting and killing his pregnant girlfriend and her uncle at their home, according to the Cherokee Sheriff's Office.

The sheriff's office said it was notified by dispatch shortly after 8 p.m. that a person had been shot at a home at 161 Old Donaldson Road on Tuesday, March 23.

The 911 caller, later identified as Kristopher Johnson, told dispatch that his girlfriend and her uncle were both shot at the home. During the 911 call, Johnson told dispatch he hadn't taken his medication, blacked out and shot them both.

Corporal Brad Gibbs with the Cherokee Sheriff's Office said he arrived at the Canton home with Officer M. Shaw with the Canton Police Department.

Gibbs and Shaw began knocking and couldn't hear anyone inside of the home.

"Due to the nature of the call, and the fact we possibly have injured parties inside, we elected to make forced entry," he said.

Gibbs said he drew his gun while Shaw kicked open the front door. When they entered the living room, they did not see anyone. When they entered the back two bedrooms, they found a woman, identified as 30-year-old Carla Payne, lying on a bed with multiple gunshot wounds to her chest. According to the report, she was not moving and was not breathing.

In the other bedroom, they found a man, identified as 65-year-old Thomas Donaldson, on the ground, who also had several gunshot wounds. He was also not moving or breathing, according to the sheriff's office.

Gibbs and Shaw said there was no one else inside of the home and the house was cleared as safe.

Cherokee Fire and EMS entered the home after the search. EMS immediately advised both Payne and Donaldson were dead.