According to authorities, it happened along the Peachtree Creek Greenway at about 5:30 p.m. Saturday. 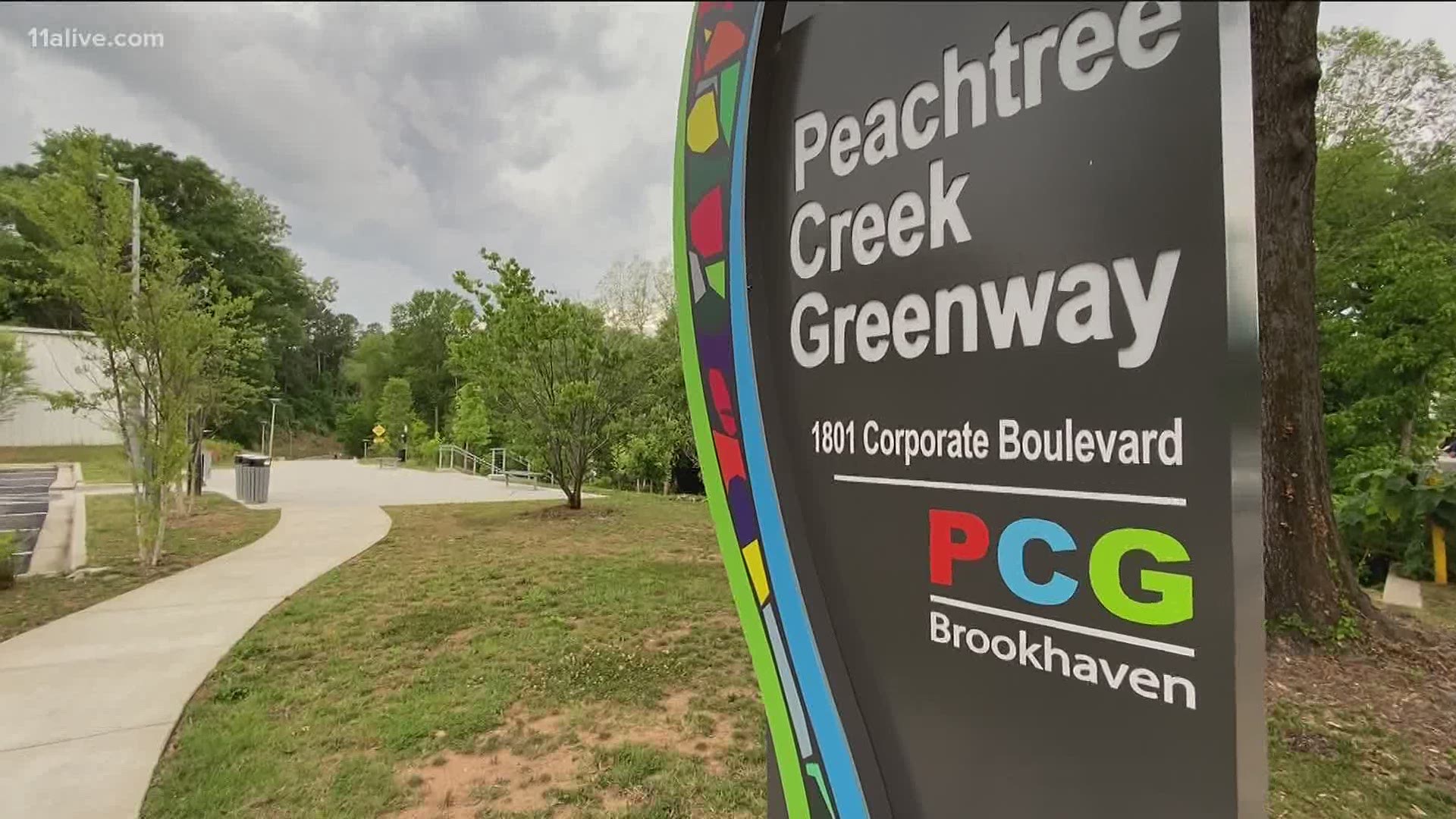 BROOKHAVEN, Ga. — Brookhaven Police are looking for a man accused of stabbing a woman in front of her child along a trail Saturday evening.

According to authorities, it happened along the Peachtree Creek Greenway at about 5:30 p.m.

Police said the suspect approached a woman who was walking with her child along the greenway and tried to "engage in conversation."

"As she continued to walk away, the suspect then ran up behind her and stabbed her in the back," Lt. David Snively with Brookhaven Police said.

She managed to call 911 but suffered serious injuries. She is, however, expected to survive. Her child was not injured.

Police said the suspect escaped from the scene right after the attack. They've since released a photo of the suspect.

Credit: Brookhaven Police Department
The suspect has been identified as a male between 20 and 30 years old. He is at most 5 feet 8 inches tall

The alleged attacker was wearing a white tank top, long, dark shorts, and a dark hat with the word “DOPE” written in multi-color at the time of the stabbing, according to authorities.

Police believe the suspect may have been walking Buford Highway and Corporate Boulevard hours before the attack.

Police added they have had no reports of any crimes on the trail until Saturday.

Kent Dickinson said he and his wife have always felt safe there - even after, he said, a man approached his wife while she was walking alone.

"My wife ran into something similar as to what you’re talking about," Dickerson said. "But only once and that was out of probably a hundred times being here, so we’re not going to let it dissuade us."

However, since then, people walking and jogging on this popular path in Brookhaven have been worried for the woman and the child who saw it all. And thoughts of what happened still reverberate with them.

Monday, Helen Shuford, walking her dog Roman, heard about the attack and said she is now frightened for everyone on the trail.

"I’m horrified for both the child and the mother. And now I’m a little scared," she said. "I’m wondering if this was a good idea to come walking with my dog today."

She said she's definitely keeping her eyes open - being vigilant. And she plans to invite her husband to walk with them - for now at least.

Meanwhile, police haven't established a motive, and they are asking everyone to look at a photo of a suspect, hoping someone will help them find him before he attacks someone else. Anyone with information is asked to call Brookhaven Police at 404-637-0636.