He was taken into custody at an Atlanta apartment complex. 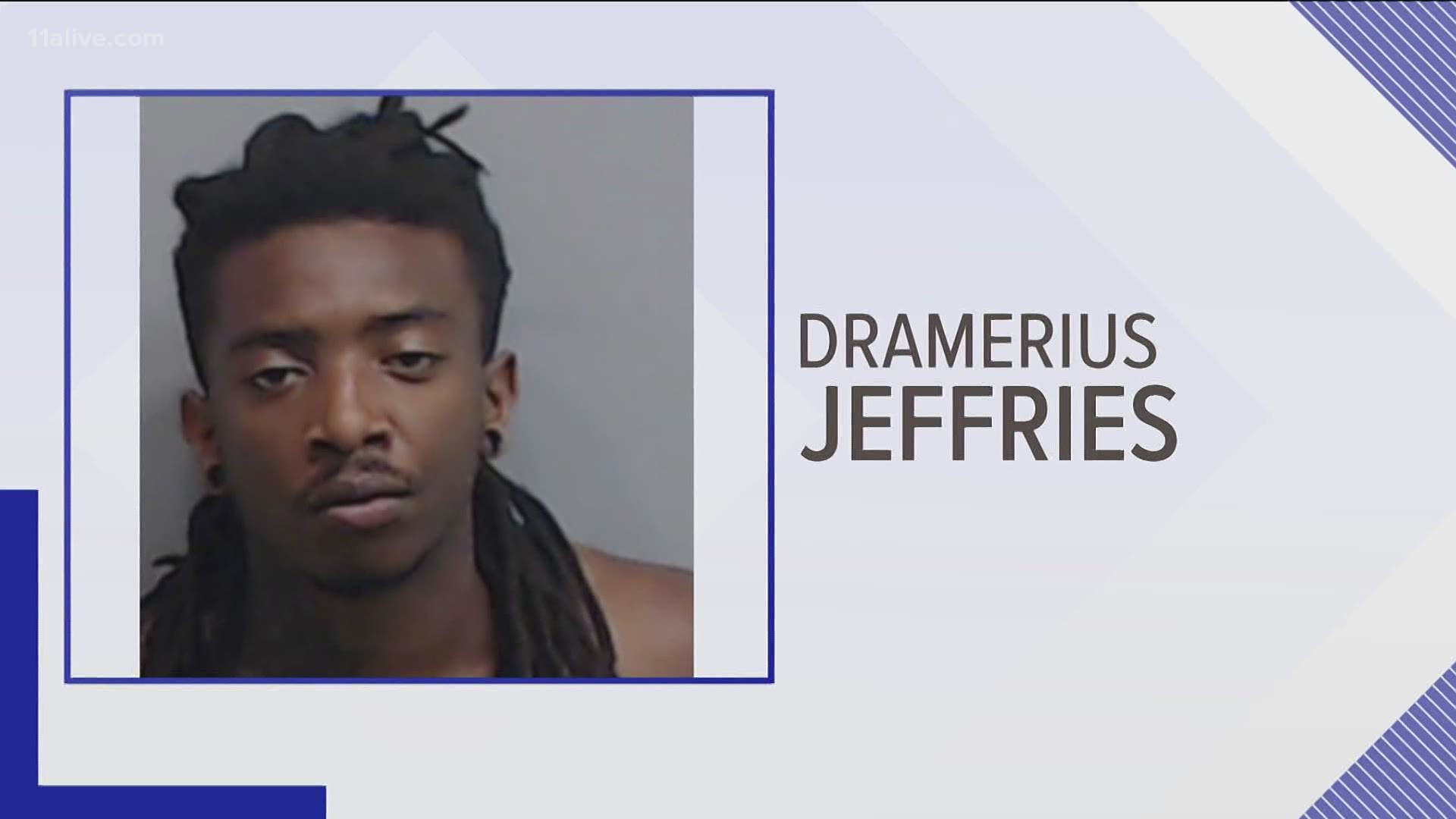 ATLANTA — A man who authorities accused of standing on top of a burning Atlanta Police car and on top of the defaced CNN sign in Downtown Atlanta weeks ago has been arrested.

He was taken into custody this week at an Atlanta apartment complex. U.S. Marshals said there were numerous photos of Jeffries on top of the police car as he brandished a stolen Atlanta Police riot shield during a protest.

Officers who witnessed him committing the crimes weren't able to take him into custody because he was surrounded by others, authorities said.

In the photo below taken on May 29 during the initial protests against the death of George Floyd, you can see a large crowd surrounding the CNN sign, as a few people stand on it.

Credit: AP
EDS NOTE: OBSCENITY - Demonstrators paint on the CNN logo during a protest march, Friday, May 29, 2020, in Atlanta, in response to the Memorial Day death of George Floyd in police custody in Minneapolis. The protest started peacefully earlier in the day before demonstrators clashed with police. (AP Photo/Mike Stewart)

"The crimes that Jeffries is charged with un-rightfully taint the message of those peaceful protesters," Jim Joyner, commander of the task force said in a news release.

Floyd, 46, died in Minneapolis, Minnesota, after he was stopped by police. Video showed a White Minneapolis police officer kneeling on Floyd’s neck as he says “I can’t breathe.”

Following his death, demonstrations sparked across the country, including in Atlanta.

Joyner said in the statement that they were "particularly happy" to assist the Atlanta Police Department with the case.

“If needed discussions and conversations between the community and law enforcement are to be had, acts such as what Jeffries is charged with only impede them," Joyner said. "Like the peaceful protesters, I pray that justice will be served by our system in the George Floyd case. A Judge and Jury will decide what that justice is. I would hope the peaceful protesters pray for the same in this case."