Officials said they believe the ambush-style attack on Harrison was retaliation for man's arrest on Friday at the gas station. 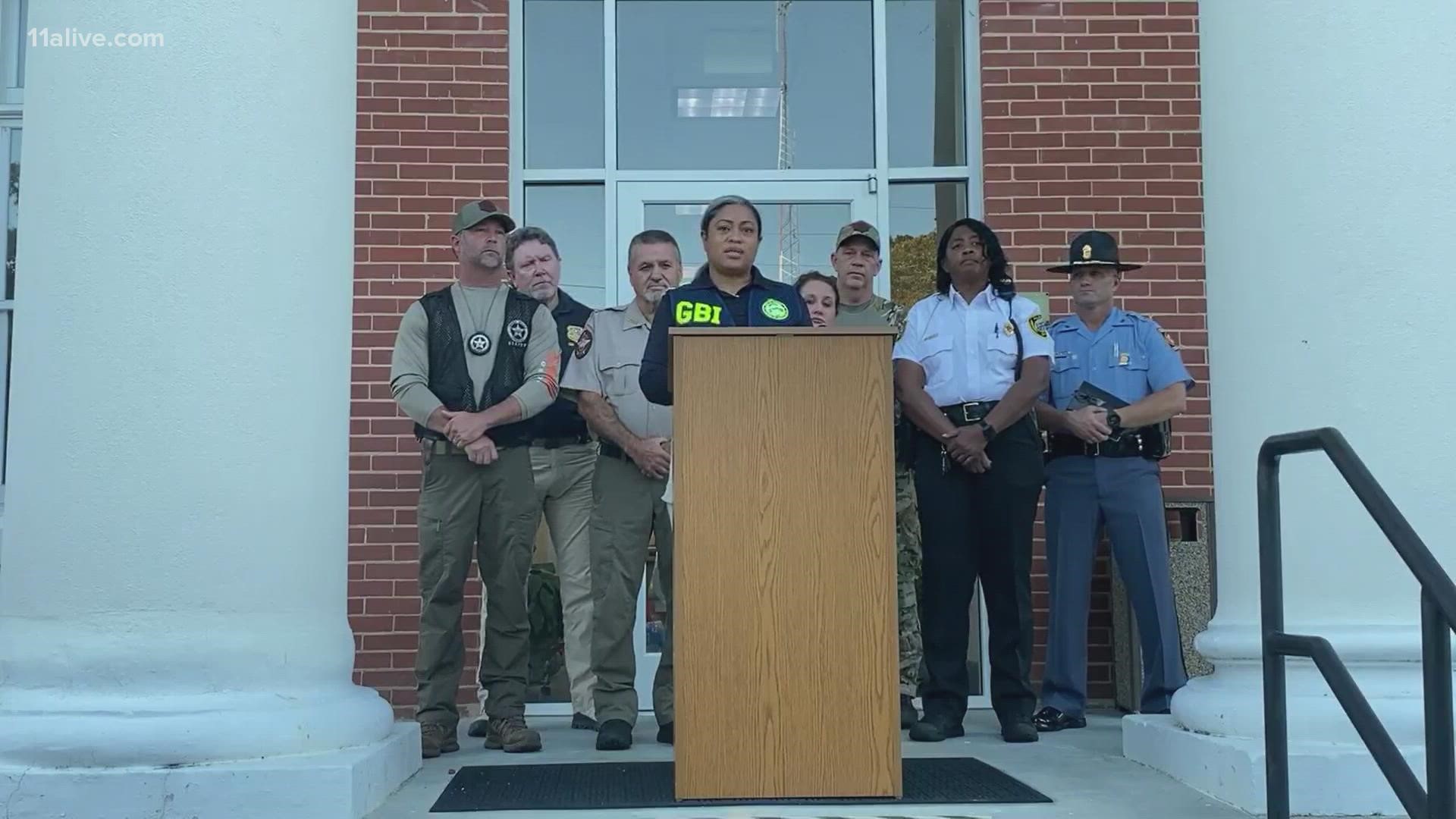 ALAMO, Ga. — A man accused of shooting and killing a central Georgia police officer is now in custody and charged with murder.

The Georgia Bureau of Investigation tweeted an update in the case on Sunday afternoon, saying Damien Ferguson has been arrested.

Ferguson was wanted in connection to the shooting death of 26-year-old Alamo Police Officer Dylan Harrison, a husband and new father to a 6-month-old baby, who was working his first shift on the job.

“As a police chief of Alamo, Georgia, I have never experienced a grief that I have felt since officer Dylan Harrison's life was taken in our small quiet town," Alamo Police Chief Karen Zanders said.

The GBI said Harrison was shot and killed just outside the police department's station at around 1 a.m. early Saturday.

"His life was taken from him for simply doing his job," Zanders said.

Authorities were on a manhunt for Ferguson, issuing a Blue Alert for those considered a "serious threat to the public" and offering a $17,500 reward for information leading to his capture.

During the press conference, the GBI said Ferguson was taken into custody without incident around 2:30 p.m. Sunday less than one mile away from where Harrison was shot dead. He was arrested as Georgia SWAT and the U.S. Marshals Southeastern Regional Fugitive Task Force executed a search warrant at his home in Alamo, Georgia.

"Despite the sadness that we have endured, I have found a sense of pride in seeing everyone pull together to right this tragic wrong," Zanders said.

Ferguson is being held at the Laurens County Jail in Dublin and he is now charged with murder in Harrison's shooting death. He's also facing an aggravated stalking charge related to a previous domestic incident, the GBI said.

Authorities say Harrison made contact with a man in the parking lot of a Circle K right across from the police department after observing a traffic stop on Friday night. When the man didn't comply, Harrison deployed his taser and arrested him. That man, who was then taken to the Wheeler County Jail, was a known associate of Ferguson, the GBI said.

Officials said they believe the ambush-style attack on Harrison was retaliation for man's arrest on Friday at the gas station.

“We will never forget Officer Harrison and the fact that he made the ultimate sacrifice,” Zanders said.

Damien Ferguson, who was wanted in connection to the shooting death of Alamo PD Officer Dylan Harrison has been taken into custody. A news conference will be held at the Wheeler County Courthouse later today, time TBD. pic.twitter.com/knJlkmSZOE