The incident happened earlier this week in Griffin. 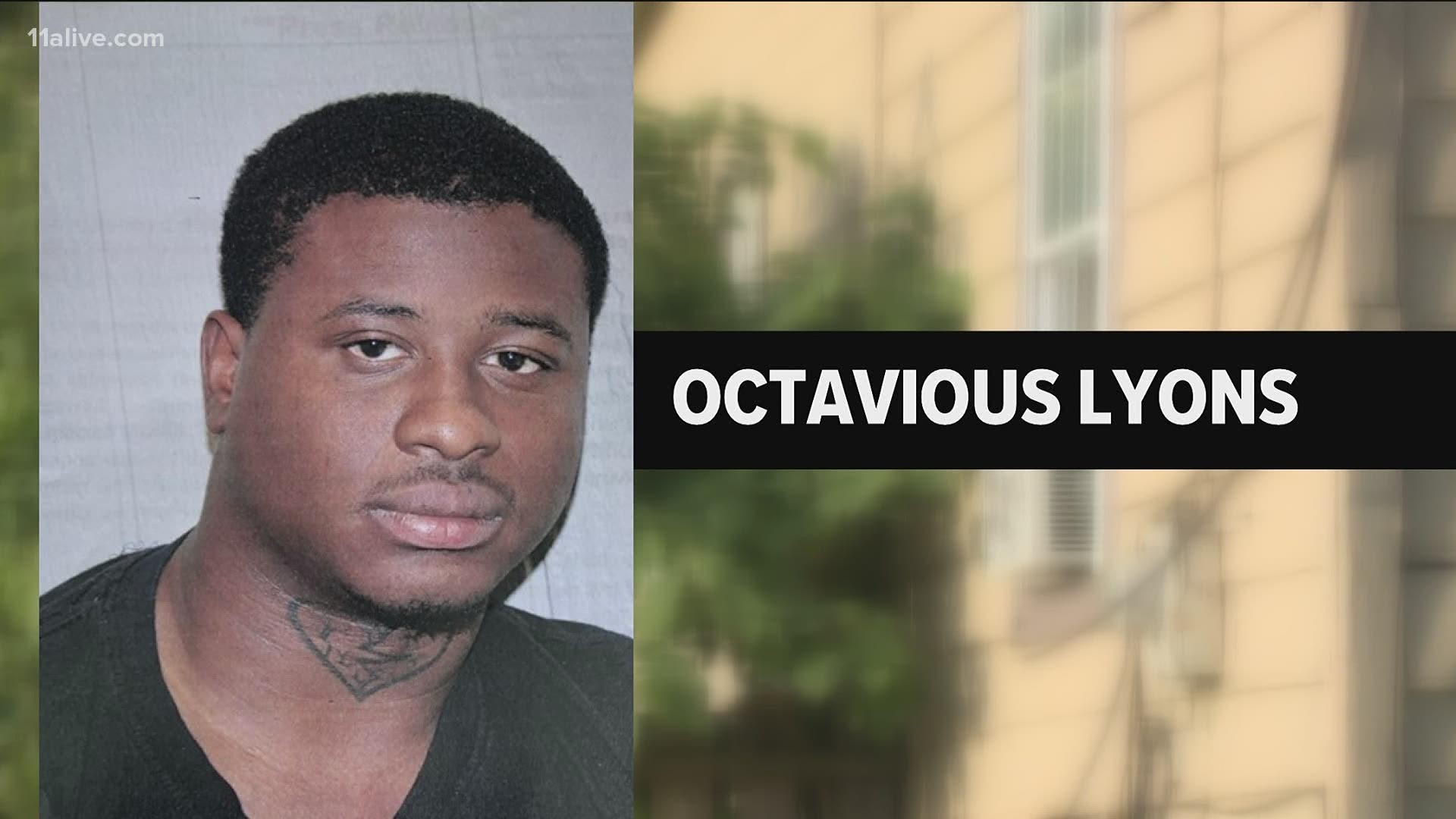 GRIFFIN, Ga. — Police in Griffin say they have made an arrest in the case of a 5-year-old boy who accidentally shot and killed his 12-year-old brother on Saturday evening, May 9.

The incident took place at about 7:41 Saturday evening outside a home in the 600 block of Hammock Street.

During the investigation, Griffin police officers said they were able to determine that the 5-year-old had found a gun nearby and thought it was a toy.

They said this led them to turn their attention to finding the person responsible for abandoning the gun.

During the investigation, investigators interviewed numerous individuals regarding the gun and tracked down who had possessed it, police said.

According to a release on Friday, investigators were able to establish that Octavious Montrell Lyons was the person who had abandoned the weapon that was later discovered by the 5-year-old and ultimately caused the death of the 12-year-old.

As a result, on Thursday, warrants were obtained for Lyons for involuntary manslaughter, possession of MDMA, possession of methamphetamine, possession of a firearm during the commission of a crime, obstruction, abandonment of a dangerous drug, reckless conduct and three counts of criminal street gang activity.

On Friday, Griffin Police and the US Marshals executed a search and arrest warrant, taking Lyons into custody without incident. During the execution of the warrant, numerous weapons, ammunition and drugs were discovered, with additional charges likely to follow.

Credit: Griffin Police Department
Octavius Montrell Lyons was taken into custody on Friday in connection with the shooting death of a 12-year-old boy in Griffin last Sunday.

“This whole series of events is both heart-wrenching and agonizing but it is an illustration of how the reckless criminal acts of a gangster drug dealer can result in the death of an innocent child," said Griffin Police Chief Michael Yates in a statement. "To the gangsters and drug dealers in Griffin, Georgia: you better change your life, move somewhere outside of our city or we are going to do everything possible to put you in prison for a long, long time.”

On Monday, police announced that the 12-year-old boy killed by a gunshot wound to the chest outside a home Saturday evening was accidentally shot by his young brother playing with a gun he found discarded in some nearby woods.

The child was visiting relatives from Sharpsburg when the incident happened, police said.

On Sunday, the 5-year-old and a third sibling, age 7, were interviewed at the Southern Crescent Sexual Assault and Child Advocacy Center, which is an organization that provides forensic interviews of children who have witnessed acts of violence.

According to information obtained from the interview with the children, the 5-year-old boy had found the gun in a wooded area near the home where the shooting took place. Investigators were able to determine that this was close to where they had recovered a bag of suspected drugs from the earlier incident.