In a phone call played on the radio Tuesday morning, the alleged assailant says the woman is trying to get back at her husband. 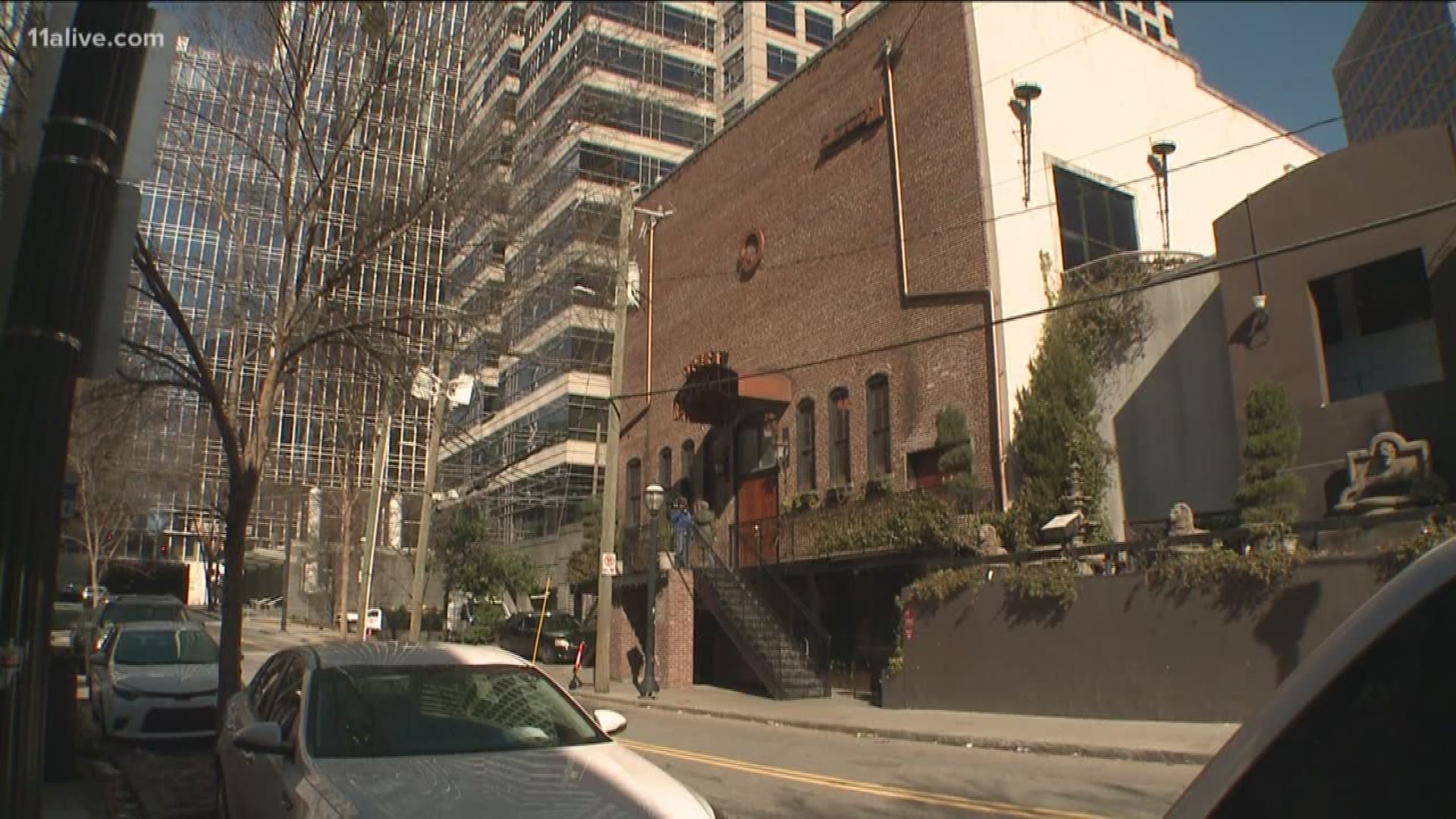 ATLANTA — One day after word surfaced of the investigation of an alleged sexual assault that took place on the dance floor of an Atlanta nightclub over the weekend, a man who identified himself in the video told a radio station that the incident did not happen as was portrayed on the internet.

Atlanta Police are investigating after a woman shared a series of Facebook Live videos that show her allegedly being sexually assaulted at the Opera nightclub in Midtown on Saturday night.

On Tuesday morning, local radio station Streetz 94.5 played an audio recording of a man's voice who says he was the accused person involved in the incident.

He says he bumped into the woman at the club, and she told him that it was her birthday.

The two of them began to dance, he said, while live streaming the entire encounter.

"Halfway into her dancing, she acted like she was passed out," he said.

The caller says he tried to hold her up for a while.

"After a while, she fell to the floor, 'cause it's hard to hold dead weight up," he said. "We took her back to her seat."

He said she immediately wanted to get back up and got on stage for a twerking contest.

"She wanted to get the hell up and continue partying," the man said. "And after she got up to finish partying, she went up on stage to enter a twerk contest after she got off live."

He said he stands well over 6 feet tall and that the accuser is short and there is nothing in her video that indicates that he had bent down to do anything to her.

The man also said during the interview that the accuser is trying to get back at her ex-husband.

"She doin' all that mess, on social media, to get back at her ex-husband," he said. "And now, all that [deleted] went viral and got my name all in it."

He said he is not running or hiding from what is going on, despite the fact that the video and the description have gone viral and that his face and images of him have been seen in the news media.

There is no way to verify the authenticity of the phone call or to determine if the caller is genuinely the person in the original Facebook Live video.

Tuesday afternoon, Atlanta Police released a statement to 11Alive, noting that they are still in contact with the victim in the incident. They said they have also identified the man believed to be seen in the video and have been in contact with him.

Atlanta Police Department Special Victims Unit investigators remain in contact with the victim in this incident. The victim is no longer in the state of Georgia, but is cooperating with investigators. Investigators have also identified the male we believe is seen in the video with her and have been in contact with him, as well. Club Opera has been cooperative and helpful to our investigators as we continue to look into this matter. We will not be releasing the male’s name at this time, nor any other details about the Department’s ongoing investigation.

The original Facebook Live video was shared hundreds of times before it was deleted. In a series of videos, the alleged victim is shown dancing with a man, when she was allegedly assaulted in the middle of the dance floor.

She can be heard saying, "Somebody, help me" with tears rolling down her face as she continued to live stream the incident.

11Alive will not publish the photos, videos or identity of the woman out of concern for her safety. A Facebook spokesperson said they are working with police and the video was removed because the social media site does not allow videos showing sexual violence, based on community standards.

Other users are still sharing versions of the video and stills from the video in attempts to identify the alleged assailant.

Atlanta Police initially began receiving calls about the incident on Sunday. Detectives from the Special Victims Unit have since made contact with the victim and opened an investigation of the incident.

Defense attorney Darryl Cohen told 11Alive that the video is a great piece of evidence for detectives who might build a case against the man shown in the video.

"They can go ahead and proceed with a case, regardless of whether she is a willing or unwilling victim, ready or not ready to testify," Cohen said. "This man, whoever he is, should get himself to the best lawyer who knows the criminal field as quickly as he possibly can, because he has major problems."