The alleged driver of the car found ablaze with a body inside has come forward with more information. But there's still part of the timeline that police are still trying to uncover. 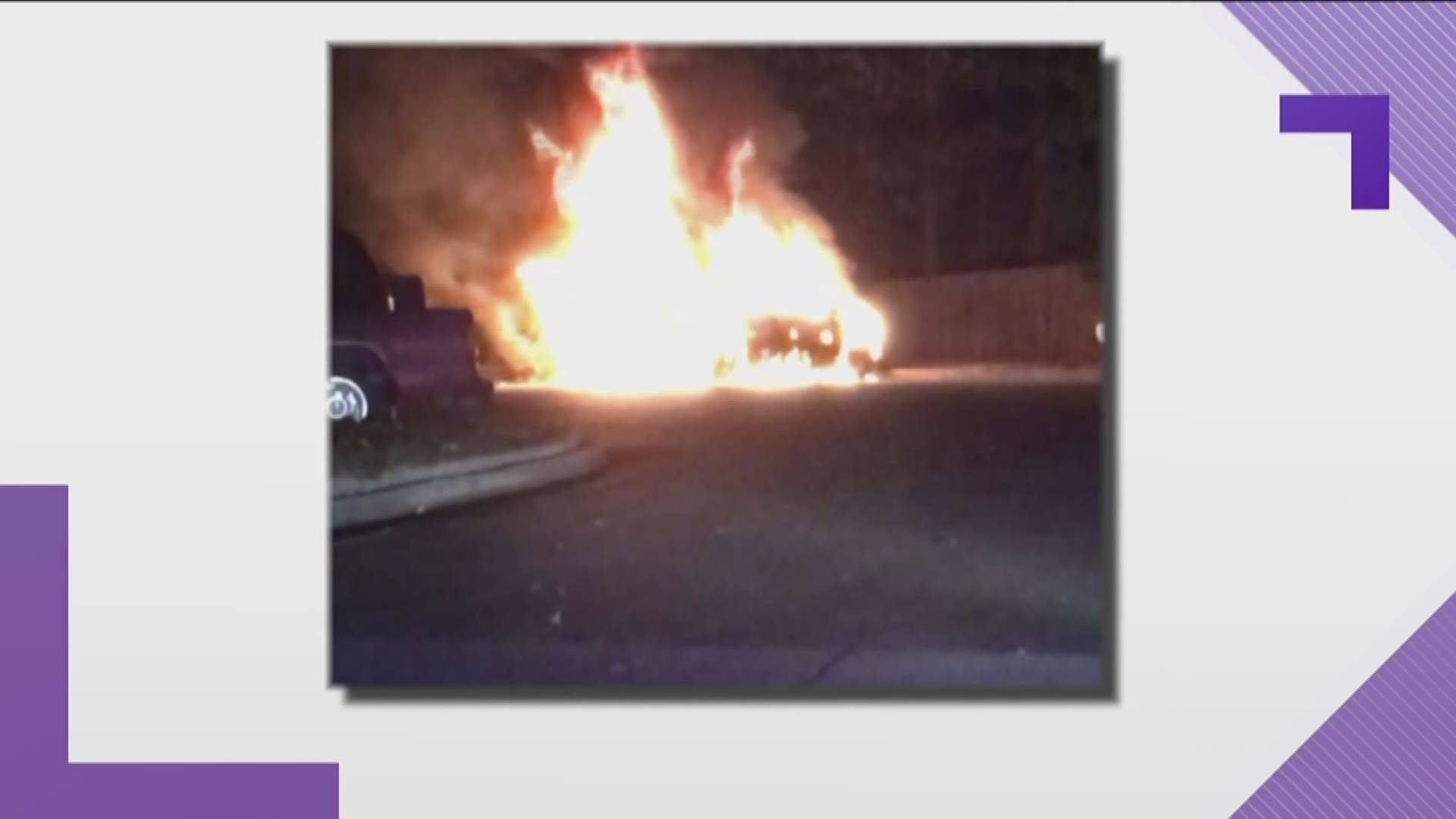 JOHNS CREEK, Ga. -- The investigation into a burning car and body found in Gwinnett County has led police across the county line into Johns Creek.

The department's spokesperson, Chris Byers, said that a man claiming to be the original driver of the car came forward and spoke with Lawrenceville Police detectives, explaining at least part of what led up to the disturbing find in Lawrenceville on Tuesday.

The driver said that he and the passenger had driven to an apartment complex in Johns Creek in an attempt to purchase drugs. But when the exchange turned violent, he ran into the woods to escape, police said.

He left the passenger in the car at the scene and said one of the alleged dealers jumped in. Roughly six hours later, that same car was found on fire behind a neighborhood complex.

The information he provided with police aligned with calls Johns Creek police got regarding shots fired in the area. Police went out to that scene when they first heard of the gunshots, but despite using a K9 officer and a drone, they only found a single unused bullet.

Investigators said the burning car was discovered around 3:30 a.m. Tuesday at the Springlake Cove subdivision clubhouse and playground, on Springbottom Drive in Lawrenceville. Nearby residents called 911 to report “loud popping sounds” and flames.

Two witnesses who called 911 reported hearing people screaming, along with what sounded like loud explosions.

"I'm not sure if anyone is inside the car right now, but if they are, they are deceased," one 911 caller told dispatchers.

The car fire was fully engulfed when crews arrived. Firefighters discovered the body of a woman inside the car after they put out the fire. Investigators said it appears she died from a gunshot wound.

Witnesses told police they didn't see anyone near the scene. Right now, police are working with the neighborhood homeowner's association to determine if any surveillance videos might have captured the car fire.

There is now a $10,000 reward for information related to the arson case.