It happened in the West Lake neighborhood. 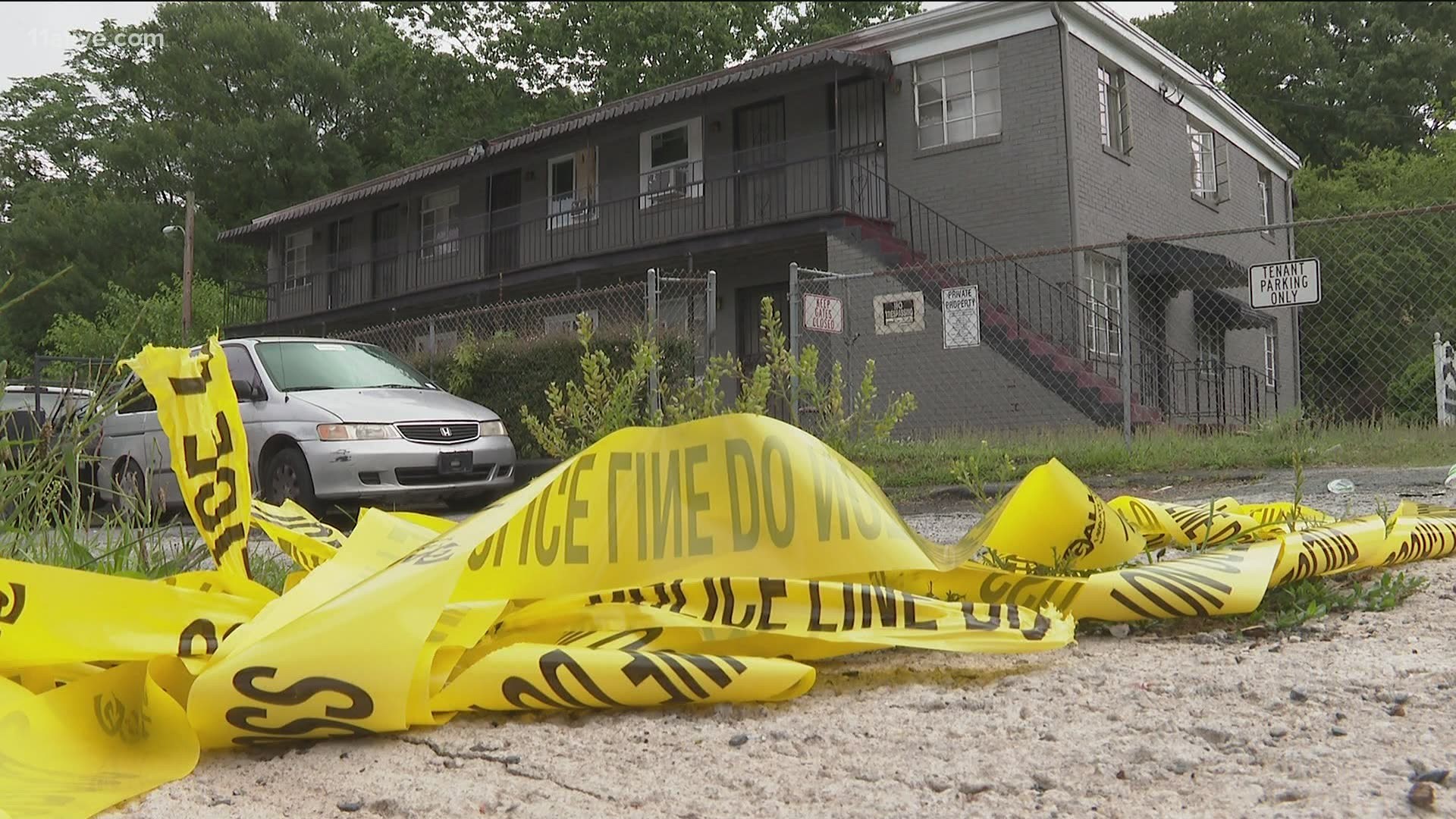 ATLANTA — A woman was killed and a man injured early Friday morning in Atlanta's West Lake neighborhood in a shooting at an apartment complex.

Police said a 1-year-old was unharmed inside the home.

Atlanta Police said they initially were called to a gas station where they found the man shot several times, and then followed a trail of blood to the apartment.

Police did not identify the woman who was killed, but said she was 23 years old.

The relationship between the victims is not yet clear. It happened around 3 a.m. at the West Lake Gardens apartments off West Lake Ave., down a short ways from Joseph E. Boone Blvd.

The man was taken to Grady Hospital and police said his condition was critical but stable.

There was no immediate information on the shooter, or what might have led up to the incident.

Police said the apartment was clean and in order, suggesting there was not a break-in or burglary of any kind involved in the incident.

The infant was placed in the care of the Georgia Division of Family & Children Services, police said.

On the scene where Atlanta Police say they found two people shot, one dead. Police were called to a gas station and found a man shot several times. Police said they followed a trail of blood to an apartment building, where they found a woman dead and a 1-year-old baby alive pic.twitter.com/f09Y4j9PsY