Jose Ramirez Labra was walking down a road in Forsyth County when he was hit by a motorcyclist who fled the scene – but left a Kawasaki bike behind. 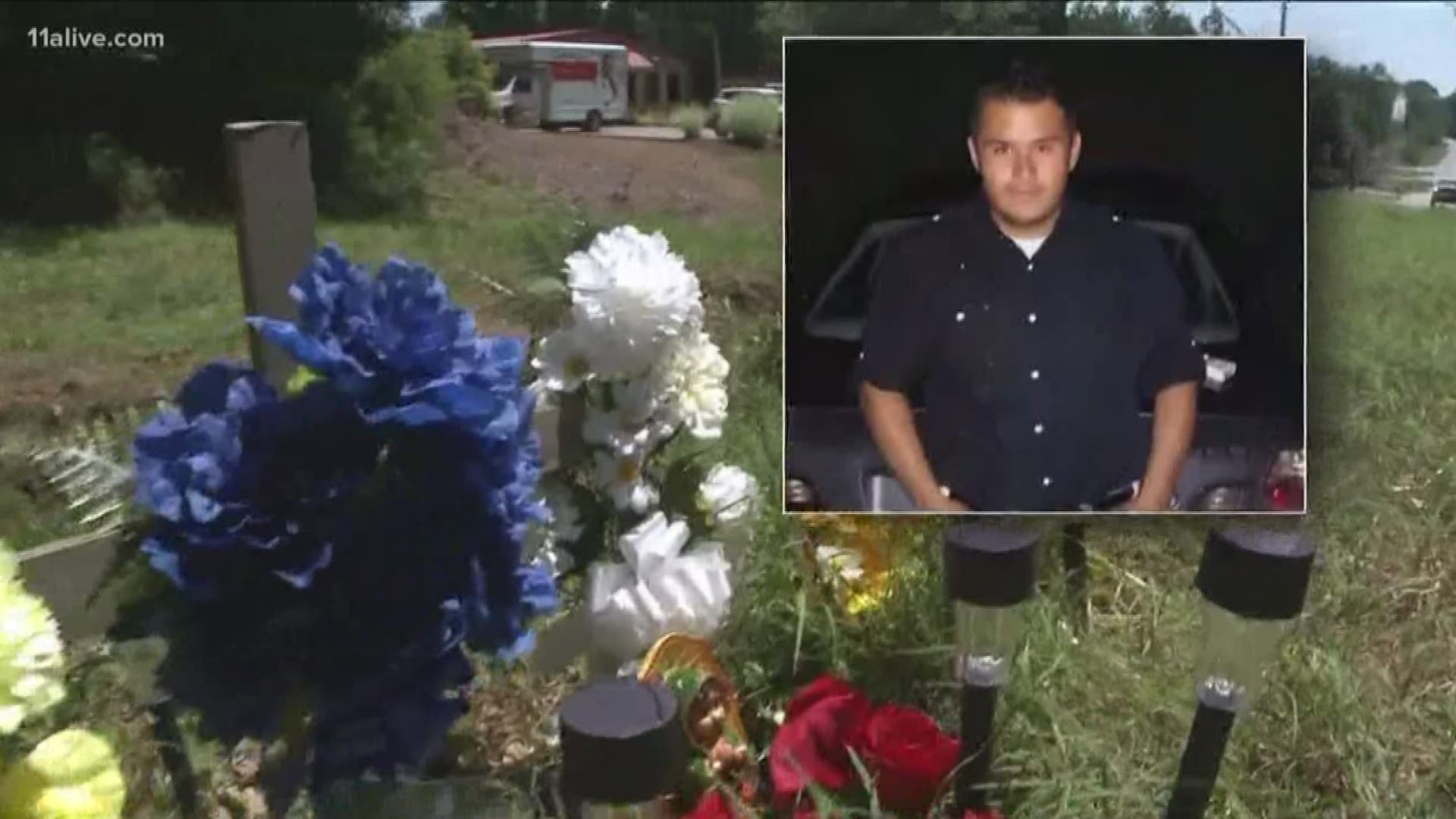 Jose Ramirez Labra, 27, was killed in a hit and run accident early Sunday while he was walking along Dahlonega Highway, police said.

Labra was a father and husband, leaving behind two young girls and a wife, the family told 11Alive. One of his girls is only 3 years old, the family said.

Credit: WXIA
The roadside memorial for Jose Ramirez Labra is on Dahlonega Highway.

Police found his body just after 4 a.m. Sunday with a black and green Kawasaki ZX1000 bike less than 400 feet away. Investigators believe someone pushed the motorcycle out of the roadway and placed it on a kickstand before leaving the scene. A helmet face shield was found nearby – but no helmet.

Detectives traced the tag to the bike’s former owner, who said he sold it months ago to a man named Timothy, according to police. The rider’s identity remains unknown.

Labra was walking home from a friend’s house down the narrow shoulder, where he was killed. Friends and family have set up a GoFundMe account to help pay for his funeral expenses. According to friends, Labra was the sole provider for his family.

His family is going to bury him on Saturday. Investigators are asking anyone who might know who was driving that motorcycle to call the Forsyth County Sheriff’s Office at 770-781-3087.

RELATED: They found a motorcycle and a dead man - but detectives are still looking for the killer