The man who allegedly hit an officer twice in the head with gunfire was Martin Humberto Sanchez Fregoso, 37, of Smyrna. 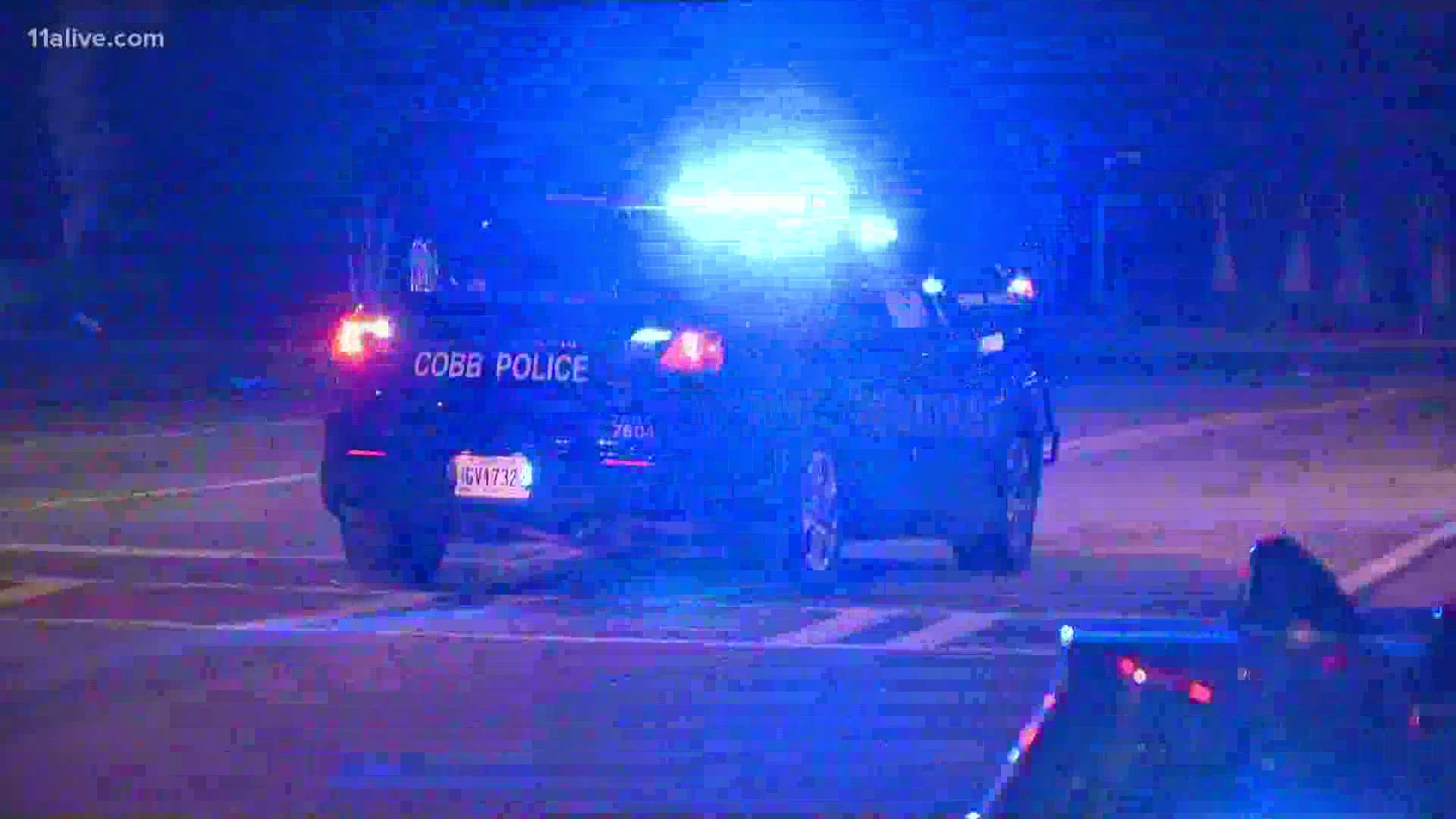 COBB COUNTY, Ga. — The man who allegedly fired at officers, striking one in the head twice, before he was shot and killed has been identified by the Georgia Bureau of Investigation.

The officer who was hit has also now been released after being treated at a local hospital.

The GBI, which is investigating the exchange of gunfire from Thursday night, said the man killed was Martin Humberto Sanchez Fregoso, 37, of Smyrna.

A GBI release said that while responding to another call at a Marietta Publix on Thursday evening, Cobb County officers "were notified by a citizen that they had just been carjacked."

"Officers obtained a description of the carjacked vehicle and located the vehicle nearby. As officers attempted to stop the vehicle, the vehicle fled," the release said.

According to the GBI, after a pursuit Fregoso stopped the car in the area of Powers Ferry Rd. and Riverbend Club Dr., "stepped out of the vehicle and discharged a rifle multiple times, striking a CCPD vehicle," before he fled on foot with the rifle.

Cobb County Police Sgt. Wayne Delk said Thursday night that the suspect, not named at that time, fired a "number of rounds" and then "ran into a complex where he encountered several of the residents."

At the Chattahoochee Chase Condos, authorities said he continued to fire shots and tried to break into one of the condos.

Delk said the suspect fired at officers again. One of them was hit twice in the head.

Officers said they returned fire and the suspect was killed at the scene.

Police said the officer who was hit was taken to the hospital for observation. The bullet, they said, did not penetrate the skull.

"I ask for your prayers for our officer and his family as the officer is going through recovery," the chief said.

No injuries after 'gun fight' between person, Gainesville officers