The couple were in a parking lot on Peyton Place, S.W. 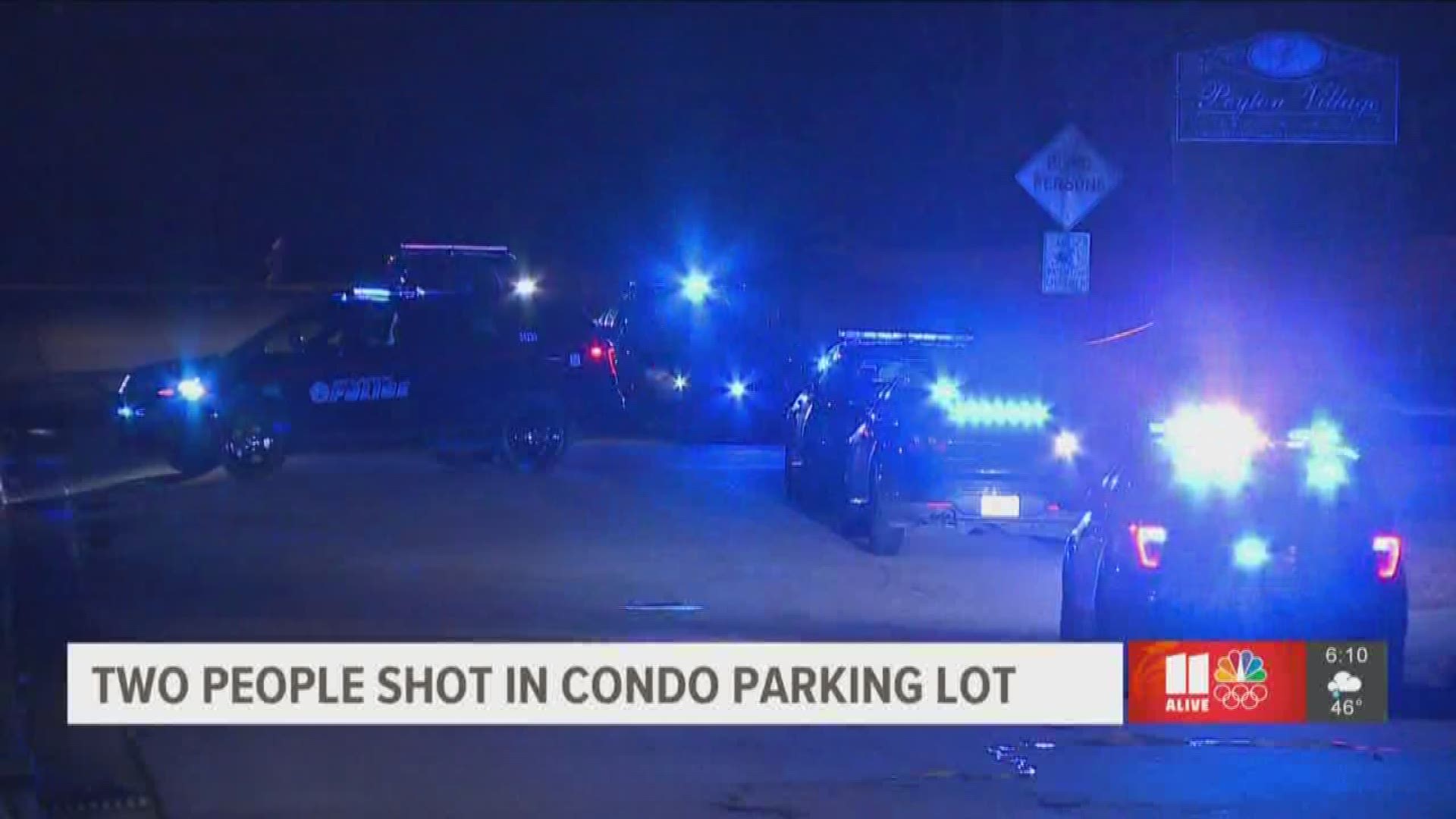 ATLANTA — A man and woman were critically injured in a shooting in southwest Atlanta late Saturday night, according to Atlanta Police.

Atlanta Police Capt. Jessica Bruce said that shortly before midnight, a police officer was responding to a noise complaint call at a condominium complex in the 200 block of Peyton Place, S.W.

While responding to that complaint, Bruce said the officer heard at least three or four gunshots from a condo complex across the street -- the Peyton Village Condos.

After hearing the shots, Bruce said, the officer rushed over and discovered a man and woman in a parking lot, both suffering gunshot wounds.

The man had been shot in the head and the woman had received gunshot wounds in the face and shoulder, Bruce said.

She said that both victims were transported to Grady Memorial Hospital in downtown Atlanta in critical condition.

Bruce said that even though the couple was found in a parking lot of the condominium complex, it was not clear whether or not the victims were residents of the complex, or what they were doing in the parking lot when the incident occurred.

According to Bruce, investigators were not able to immediately find any witnesses to the shooting incident.

She said that investigators were canvassing the area in a search for additional evidence in the case.