Investigators said the victim was shot while inside a car, then tossed out onto the ground. 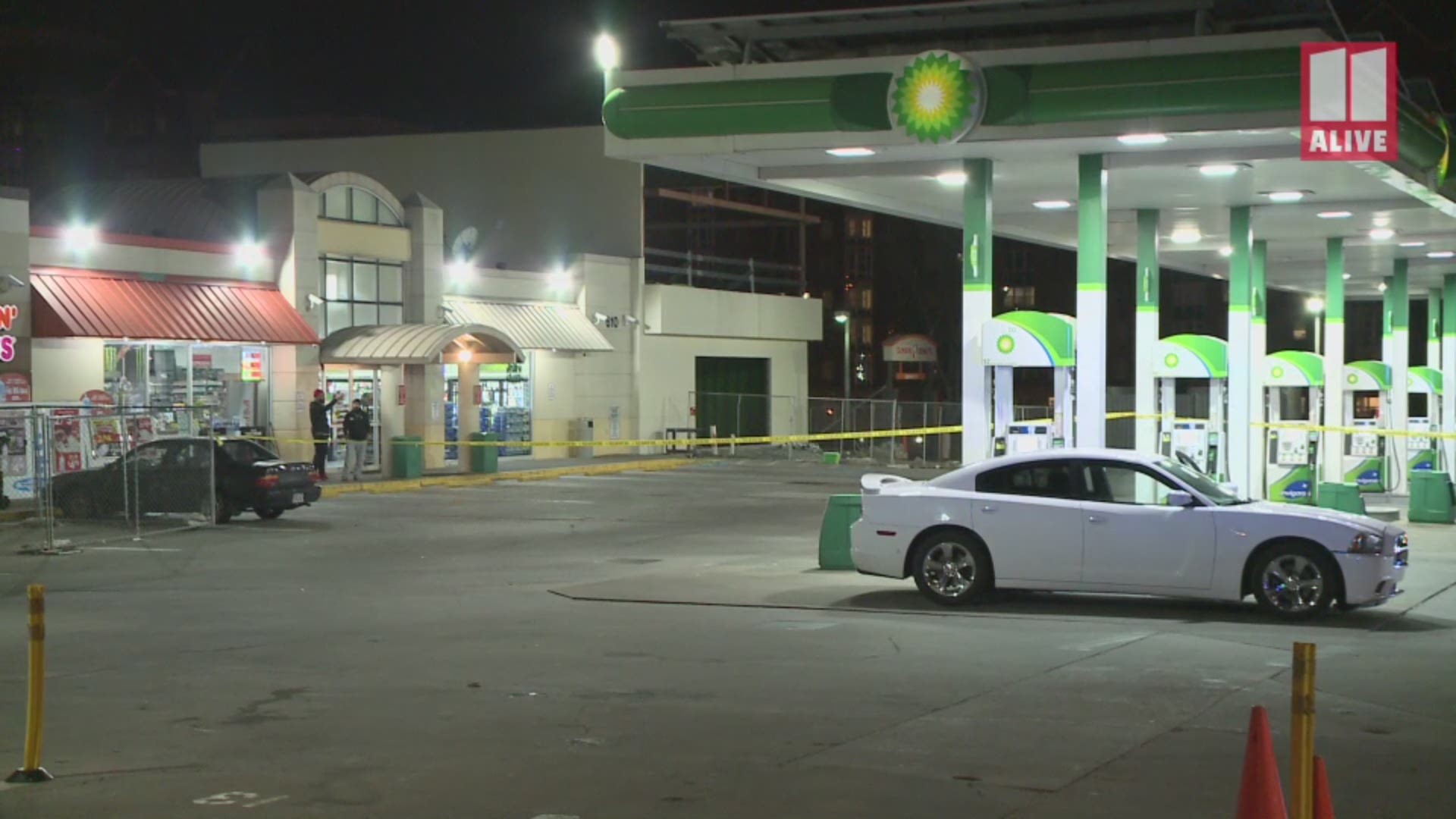 ATLANTA — A man was wounded in a shooting at the BP station at the corner of North Avenue and Spring Street in midtown Atlanta early Sunday morning, according to Atlanta Police.

Police Capt. Jessica Bruce says it happened at about 1:30 a.m. The victim told investigators that when he was at the filling station, he saw someone familiar.

He got into the other individual's vehicle, which had four others already inside, according to Officer TaSheena Brown. That vehicle was described by investigators as a black four-door sedan, she said.

She said the victim grabbed the handgun and it went off, striking him in the hand and hip area.

The suspects then threw the victim out of their vehicle and drove off.

Brown said the victim was transported to Atlanta Medical Center for treatment of his injuries.

Investigators responded to the scene to further examine the crime scene. The police investigation remains ongoing.