Manager of popular Buckhead jewelry store to the stars tied up, robbed at home; shop burglarized

Cobb Police said two men tied the manager and his wife up, then forced the manager to hand over the keys and access codes to the jewelry store and safes. 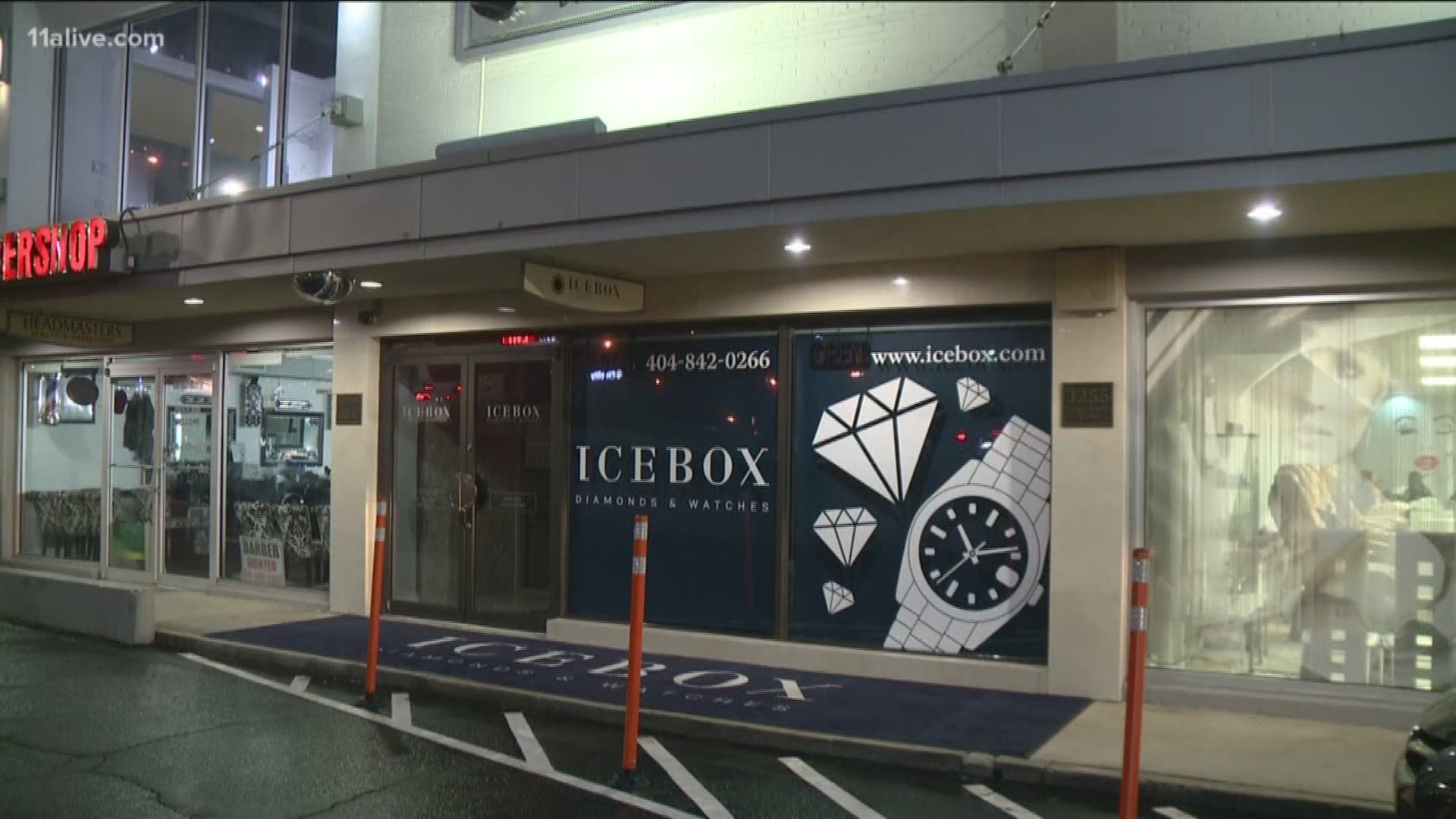 ATLANTA — A local jewelry store manager was the target of a scary robbery over the weekend, police say.

According to authorities, the manager of Icebox Diamonds & Watches in Buckhead was followed home Saturday night by armed robbers who forced their way inside his home. Cobb Police said two men tied the manager and his wife up, then forced the manager to hand over the keys and access codes to the jewelry store and safes.

At that point, police said one of the suspects left, while the other stayed behind and took more jewelry and cash from inside the home. The manager and his wife were not hurt, police said.

It was around 2:30 a.m. Sunday when Atlanta Police officers responded to the jewelry store off Peachtree Road. When officers got there, however, they didn't see anything out of the ordinary. Officers waited around for nearly two hours to see if anyone suspicious would show up, but the only people who did were the business' owners.

Officers went with them inside, where they found the store had been burglarized. Two safes had also been opened and cleared of more jewelry and watches.

Both Cobb County and Atlanta Police are working on the case; Cobb authorities are investigating the home invasion while Atlanta detectives are working the burglary.

11Alive reached out to Icebox for a comment on the investigation, but haven't heard back.

So far, there has been no description released of the suspects.

The jewelry store is a business known for its famous clientele - everyone from rappers like Meek Mill, Migos and Ludacris, to actors, NFL players and NBA players have all purchased items from the high-end shop.

The jewelry store was also apparently robbed of $150,000 worth of merchandise during a Young Thug and Lil Baby video shoot last fall. The jeweler ended up suing Young Thug for the cost of the jewelry and damages.

AND: Young Thug sued by Atlanta jeweler for failing to pay for over $100,000 in jewelry