Video shows officer almost being ran over near Marietta Square 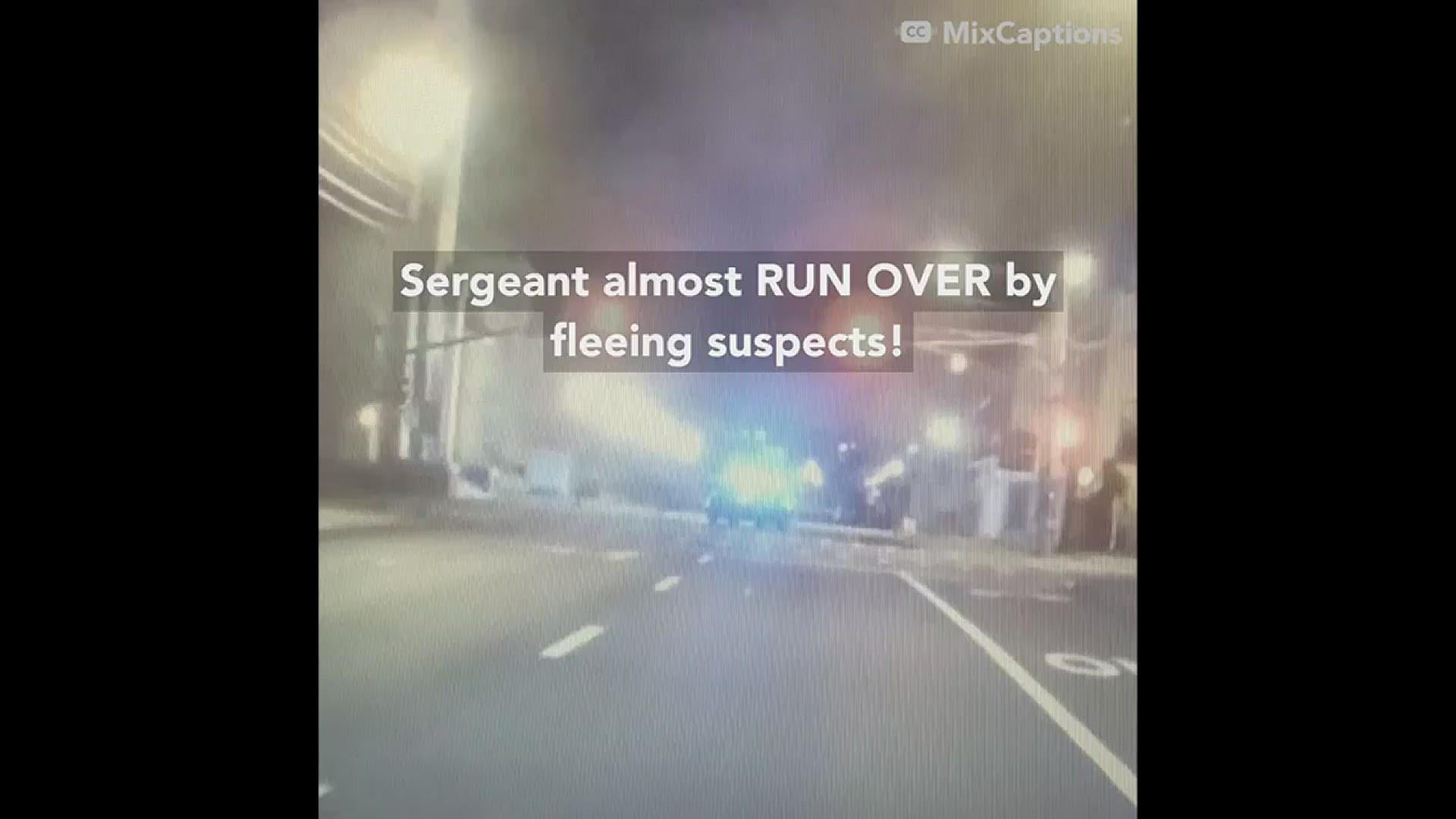 MARIETTA, Ga. — A Marietta Police officer was nearly run over this week by a fleeing suspect, with video released by the department showing the close call near Marietta Square.

It happened Tuesday night, according to the department. The dashcam video, taken inside an approaching vehicle, shows a squad car positioned to slow down oncoming traffic with its lights flashing.

As the video closes in, the figure of the officer - identified as Sgt. Duncan - dashing toward the sidewalk with a car swerving to get around the squad car. The officer just narrowly avoids getting clipped by the car as he makes it to the sidewalk.

"While attempting to stop it, the suspect vehicle fled from officers, turning the wrong way on Church Street and proceeded Northbound (the wrong way) into traffic," the post said. "Sergeant Duncan had stopped his patrol vehicle just south of the intersection with Polk Street and watched as the stolen vehicle accelerated toward him. Knowing other (uninvolved) vehicles were still approaching Southbound and concerned the suspect was going to intentionally hit his vehicle head-on, he made the split second decision to leave his parked vehicle and seek cover on the steps of the neighboring church."

The post added: "As you can see in the slow-motion video clip, the suspect swerved at the last second and maneuvered the stolen vehicle all the way to the curb attempting to run the sergeant over. THANKFULLY his quick thinking and swift movement allowed him to avoid being run over!"

The department said that after the moment shown in the video, two suspects jumped out of the moving car and tried to flee on foot. Derrick Lamar, 18, and Ameya Dawson, 19, were both caught and charged with theft and obstruction.

"Sgt. Duncan, clearly someone was watching over you," Marietta Police said. "We applaud your quick thinking that kept the other innocent motorists safe as well as your dedication to protect and serve our community!"