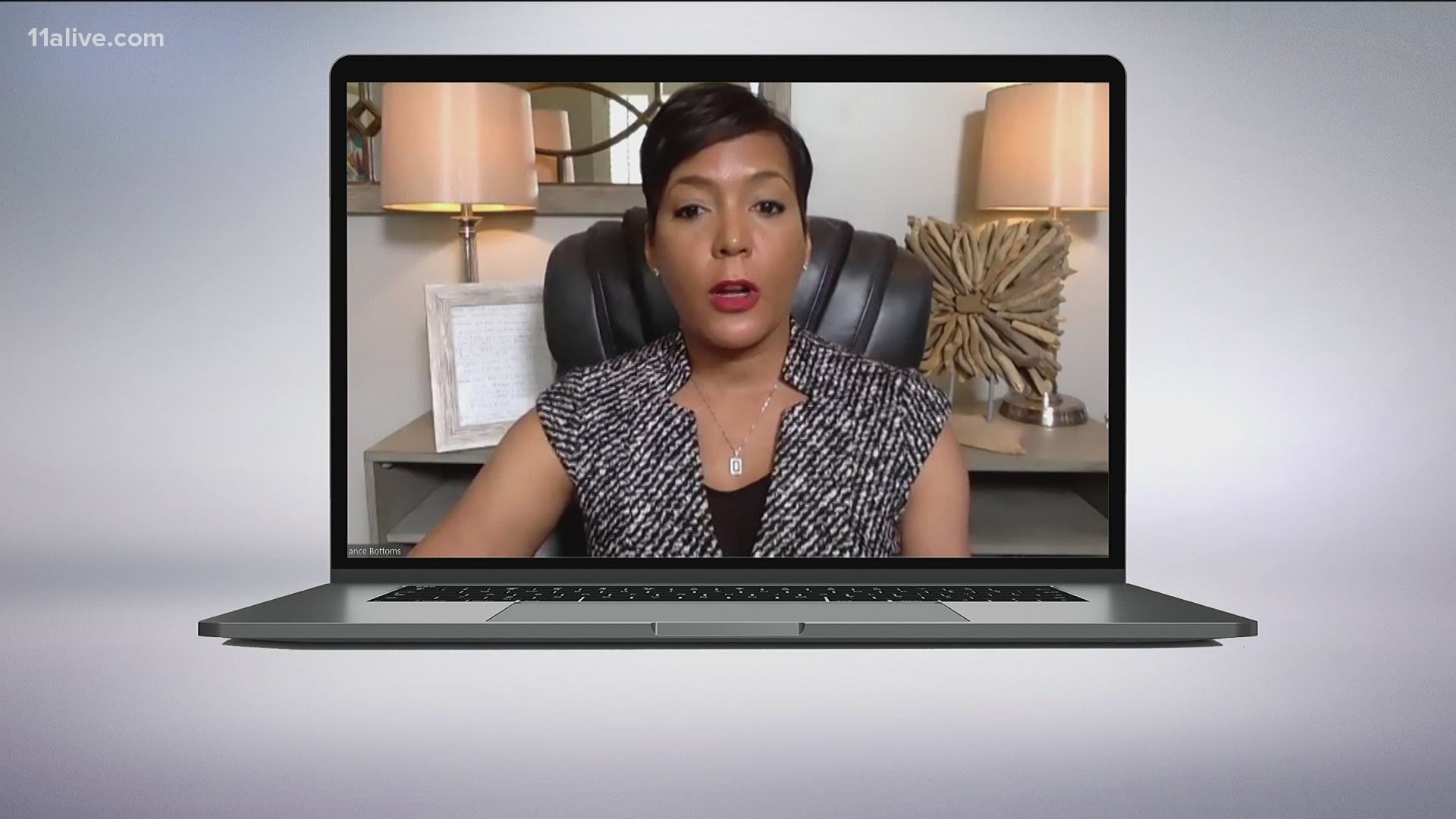 The mayor addressed the city's immediate and long-term actions in the hopes of reducing violent crime and gun violence. First, she pointed to nuisance properties. Bottoms called these places threats to public health, welfare, and safety. She said nuisance properties drive crime and disrupt communities.

The mayor said legislation was introduced earlier this month to strengthen the public safety response by stiffening penalties on businesses that hold liquor licenses and violate the law. The mayor said the legislation would ensure licensed restaurants operated as such. When it came time for liquor license renewal, the mayor said a certified public accountant had to prove at least 50% of the business's sales came from food and beverage service.

The mayor said the legislation added a maximum penalty of a first violation being the revocation of that business's liquor license.

Mayor Bottoms and Bryant also said the city and police department were pouring additional resources and rejoining task forces with federal officials and the Fulton County Sheriff's Office to tackle crime. Bryant, selected to attend the FBI's National Executive Institute, pointed to the success of Operation Phoenix when talking about how police would continue to act forcefully against violent offenders.

Bryant explained that the city and state had been well-armed and prepared to respond to possible cases of civil unrest over the last week. On a broader scale, Bryant said Atlanta Police's violent crime reduction team was able to remove more than 600 guns and apprehend close to 400 criminals through various tasks forces and the Operation Shield camera network. Bryant said he planned to present a 90-day plan to Mayor Bottoms later this month.

Bottoms said officer retention has been a problem plaguing the city, but maintained that a shortage of 911 operators and officers did not knock her confidence in the city's ability to respond to crime. Bottoms mentioned a recently approved pay increase of 13% for 911 call center positions in an effort to retain those jobs.

Crime has been near the top of the agenda for the mayor for much of the past few months, as the city has worked to restore morale in the Atlanta Police Department and address a surge in violent crimes. As Bottoms faces prospects for reelection later this year, she said addressing crime was personal for her. The mayor said she lost her 18-year-old nephew as a result of gang violence.

“I don’t take anything for granted," Bottoms said. "I’d rather have a bad story than people dying on our streets. But where we are as a city, it’s something I continue to focus on and take very seriously. Not for reelection but because this is my city.”