The three men are associated to the white supremacist group The Base, according to court documents unsealed Friday. 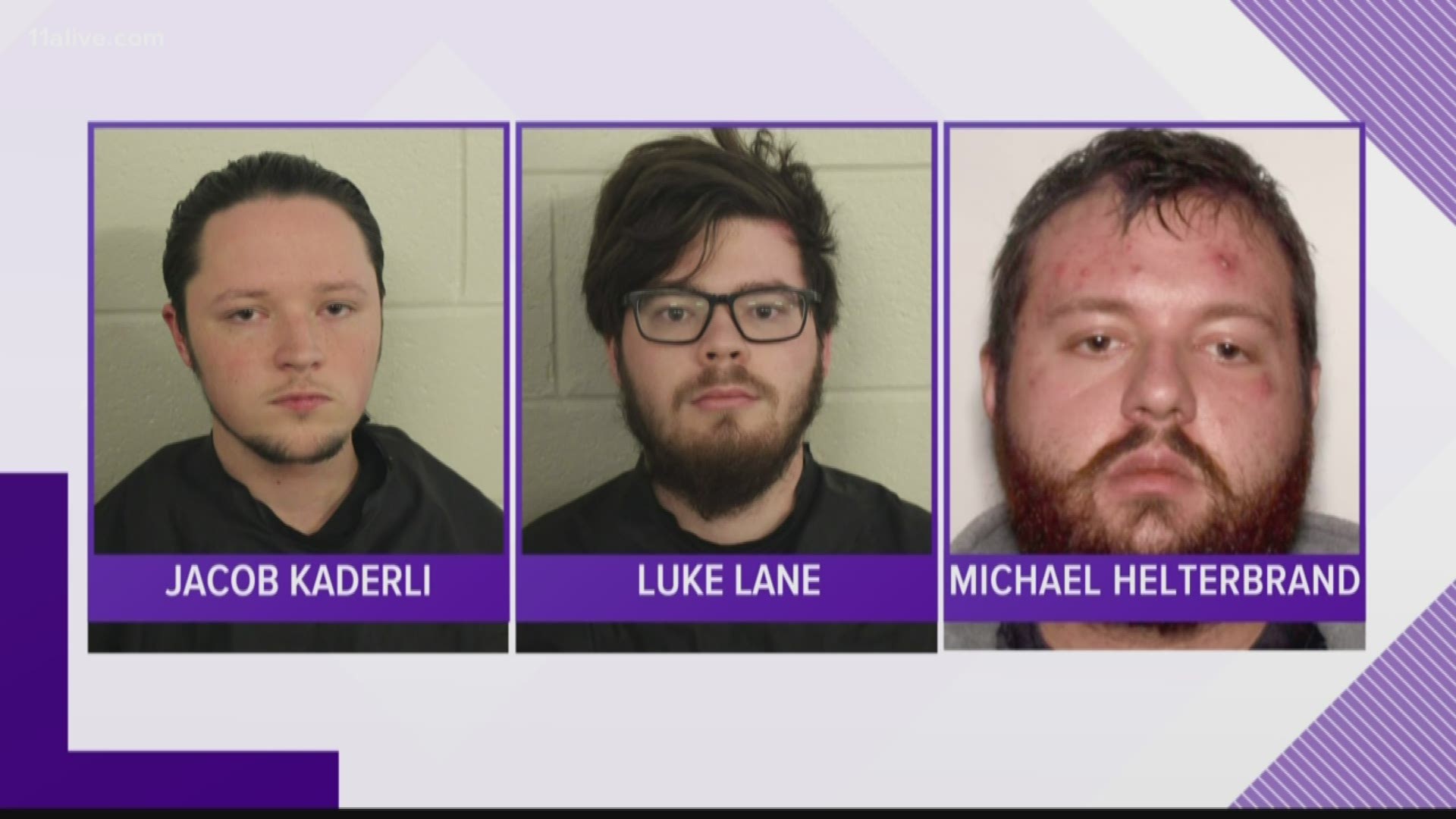 ROME, Ga. — Three Georgia men linked to an extremist group by police and the FBI are now in jail after being accused of a disturbing plot.

Floyd County court documents unsealed on Friday afternoon detail plans the three made to murder a couple in Bartow County.

The 20-page affidavit reveals details about the white nationalist group known as "The Base", which Floyd County Police suggest has a training camp, leadership and a 100-acre piece of property south of Rome.

Jacob Kaderli, 19, from Dacula; Luke Lane, 21, from Silver Creek; and Michael Helterbrand, 25, from Dalton, were taken into custody this week in Georgia and identified by authorities as members of The Base. They are charged with conspiracy to commit murder and participation in a criminal gang.

The affidavit describes the trio and several other members of The Base as holding meetings at Lane's property in Silver Creek, where they also had shooting drills to prepare for "The Boogaloo," a term members of The Base use to describe the collapse of the United States and a subsequent race war.

In July 2019, an undercover FBI agent is described as joining The Base, after being vetted.

According to the affidavit, the agent then met the three men who were arrested this week in Georgia.

Credit: Floyd County District Attorney's Office
Jacob Kaderli, 19, from Dacula; Luke Lane, 21, from Silver Creek; and Michael Helterbrand, 25, from Dalton, were all arrested and identified by authorities as members of The Base.

Per the document, he was present as they made plans to kill a couple living in Bartow County, described as high-ranking members of an extreme left-leaning group -- Atlanta Antifascists.

The affidavit reads, in part, "Lane believed killing the couple would ultimately send the right message and show that the previous actions undertaken by antifascists, like the victims, such as doxing white supremacists would not continue to go unpunished."

The term "doxing" means finding out and publishing personal information about someone.

The affidavit includes messages sent between Kaderli, Lane, Helterbrand and the undercover FBI agent, to carry out the planned murders on February 22.

They drove to, and scouted the couple's home -- and according to court documents, made plans to leave no evidence behind. They planned to steal license plates for the car they drove, use devices to limit their noise, and rent a motel room to clean up afterward. Kaderli would then "burn the victims' house down by 'dumping gas all over the place.'"

The affidavit also includes Lane describing the need to kill two other members of The Base who knew of their plans and were likely to talk about it.