Family and friends of Mirsha Victor, 23, spoke publicly about her for the first time Friday, days after police found her remains. 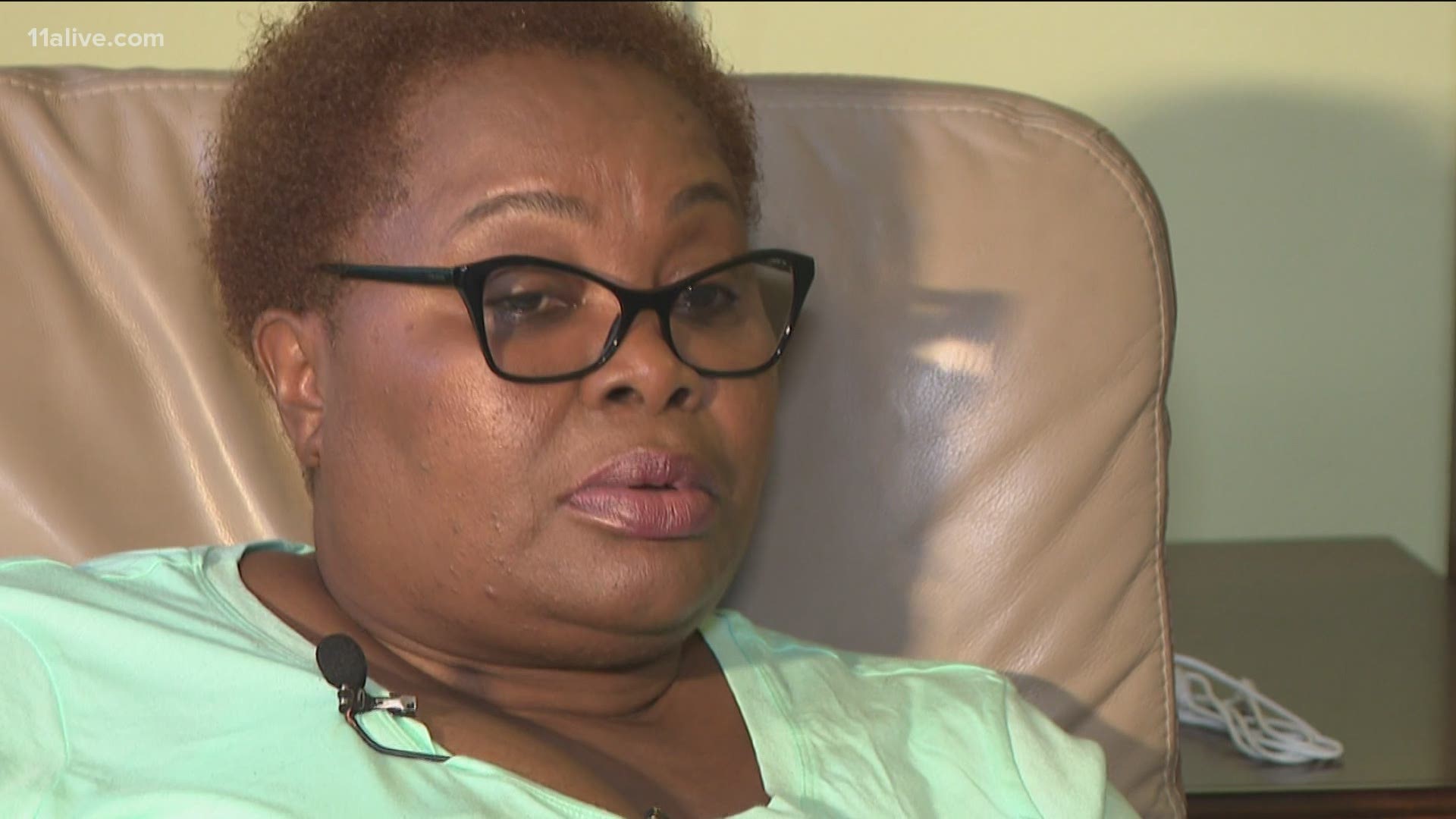 HENRY COUNTY, Ga. — Tears, laughter, and memories -- both painful and comforting -- filled a McDonough home Friday evening, as a young woman's family and close friends recalled memories of her.

Mirsha Victor’s mother, brother, and friends spoke of her for the first time publicly on the same day new and horrific details emerged about her death.

Police arrest warrants released Friday revealed new information about the murder charges against three suspects. The victim's family said they have since learned that she knew the man who police said allegedly killed her-- they knew each other from work.

Words of love, heartbreak, and a mother’s inconsolable anguish, filled the room.

“It’s unbelievable, the pain is unbearable,” Marie Elien said about her daughter who is now gone. “It’s unbearable.”

Marie Elien said she wishes she could have warned her 23-year-old daughter to stay away from the man she met at work, Dennis Lane, 41. The family now knows that Lane is a convicted rapist, and is on the Georgia Sex Offender Registry.

But Elien is sure her daughter didn’t know that.

Lane is charged with killing Victor on July 8 in his apartment in Henry County, police said. Authorities claim he along with two others -- Lane's brother, Cleounsee Fisher, 40, and Ronisha Preckwinkle, 40 --  hid her body and other evidence in the nearby woods. Police found her body there Monday along with another body. The other remains have not yet been identified.

“Why? Why, was the motive?” Elien asks repeatedly. “Why? Why? I’m waiting for justice. I hope he will never be in the street again to touch someone else’s child.”

“It could happen to me,” said Mirsha Victor's friend, Jada Booker.

Victor's close friends--Booker, Amber Willitt, Arielle Joyner and Richard Blount--said they area aching for her. The power of her life force, they said, is still with them.

“I know she’s gone physically,” Joyner said, as she began to cry, “but I feel like I can feel her. I feel like she’s with me. I just watch videos and I’m just like, they make me happy.’

Mirsha’s father, Rosnal Elien, set up an online fundraiser for her funeral.

She was a Georgia State University student, working to earn a degree in environmental engineering while working part-time to earn money for school.

She was one of the Eliens’ seven children. They moved from Lowell, Massachusetts in 2010. Victor attended middle school and high school here.

Her friends said she worked to stay close to all of them.

Everyone was excited about her future.

“Her life was ended too soon,” her mother said. “Too soon. For no reason.”

And everyone is unable to think of a future without her.