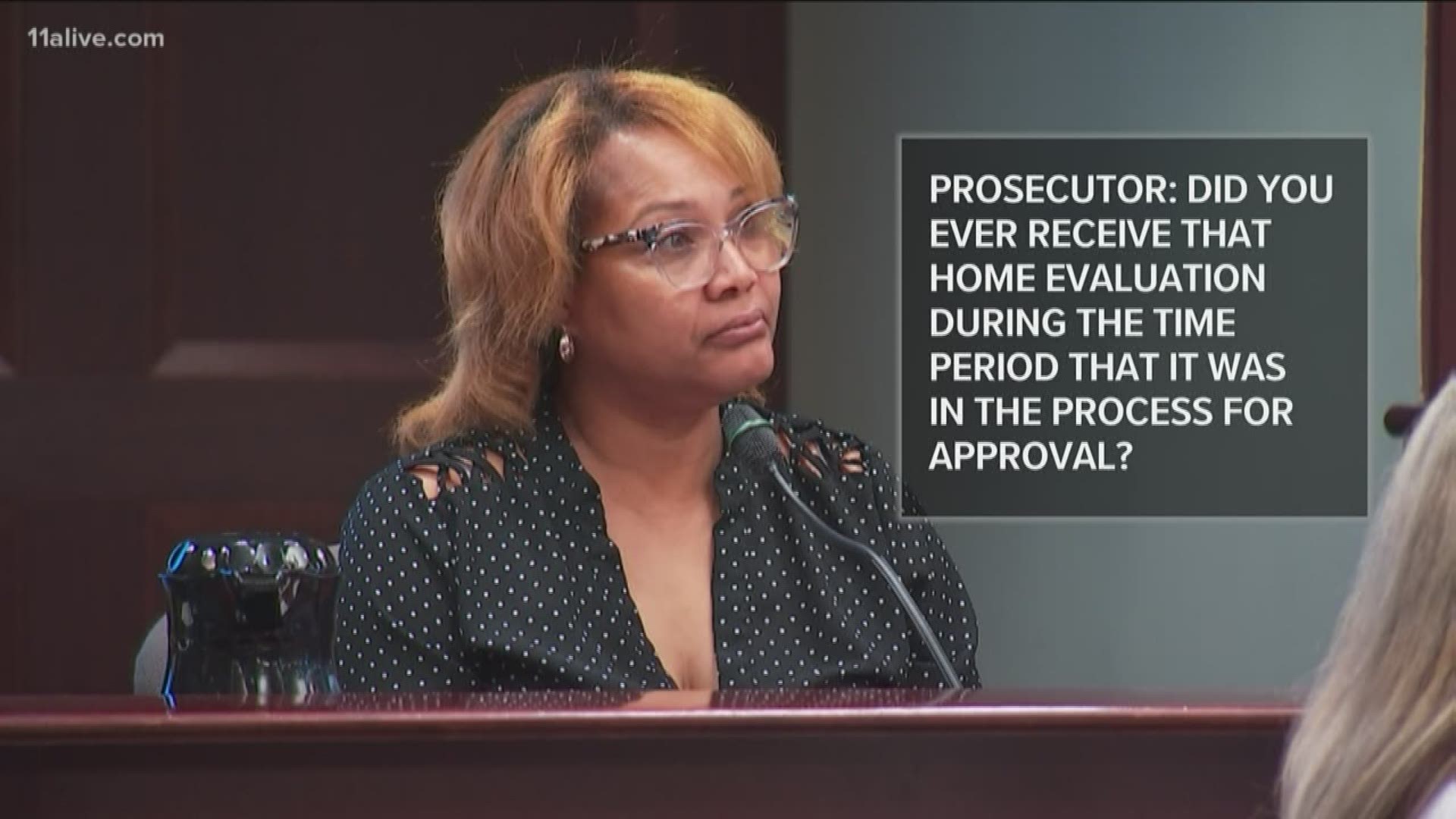 The workers detailed how the department did not screen the Rosenbaums properly before they were given custody of 2-year-old Laila Daniel.

Laila died in November 2015, while she and her sister were foster children of the Rosenbaums. Jennifer Rosenbaum said Laila choked on a piece of chicken but an autopsy shows the toddler had numerous injuries and bruises on her arms, legs, torso, and head.

The medical examiner ruled that Laila ultimately died from internal bleeding caused by a transected pancreas. Jennifer Rosenbaum said the injuries occurred when she tried to perform CPR and other life-saving maneuvers while Laila was choking.

The highlight of Monday morning’s testimony was the testimony of two DFCS caseworkers who took the stand and detailed mistakes made by their department in connection with the case.

In her testimony, Ebony Taylor, a supervisor with DFCS, said the Rosenbaums never should have been allowed to be foster parents.

“My staff did not screen Mrs. Rosenbaum’s maiden name,” said Taylor. “Had she been screened under her maiden name, her foster care record would have come up and I would not have approved her based on that.”

Taylor also said the home evaluation done on the Rosenbaums was signed by someone who was not authorized to sign it.

Tamera Smith, a former DFCS employee, also testified. She supervised the caseworker who was assigned to Laila and was responsible for home visits with the girl and the Rosenbaums.

Smith said Laila’s caseworker never told her Laila she had a broken bone. She said the caseworker, Samantha White, was inexperienced and she was concerned about that.

Smith was terminated from DFCS in relation to Laila’s case. She testified on the stand that she is currently a defendant in a civil lawsuit regarding Laila’s death.

Also testifying this morning was Alexis Battle. She is the daughter of Jennifer Rosenbaum’s supervisor when she was an intern at the Henry County District Attorney’s office. Battle said she was a teenager and helped out at the Rosenbaums when they hosted a birthday party for Millie, Laila’s older sister.

She relayed an instance at the party during which she says Laila was disciplined for misbehaving:

(Daysha Young, prosecutor): Where did she pop her?

(Young): What did she pop her with?

(Young): After that what did Laila do?

Jennifer Rosenbaum’s best friend, Whitney Kimble, took the stand as the final witness of the morning. She told the court she lived with the Rosenbaums and the girls for a week. She said neither girls had any injuries other than routine bruises from playing and a diaper rash.

MORE: ‘It hurts.’ 7-year-old details spankings, belt use at hands of foster parents

“They got along great with her,” Kimble said. “They were openly communicating, hugging her, just talking.”

Jordan Hall, a neighbor of the Rosenbaums, testified about a conversation she had with Jennifer shortly before she gained custody of Laila Daniel.

“(Jennifer) said the mother was a meth addict and karma was a b*&^% because now she was going to be taking care of those meth children,” testified Hall.

Hall said she felt that was an inappropriate thing to say about children. Hall’s mother told the same story as her daughter when she took the stand.

Jordan Hall said she never saw the children outside during the time they stayed with the Rosenbaums. Her mother, a nurse, testified Jennifer asked her advice after one of the girls was injured.  She said the girl had “raccoon eyes,” which indicated an older injury not the recent one Jennifer described. She said she was suspicious Laila and Millie were being abused and testified she contacted medical staff and law enforcement about her suspicions.

Laila’s great grandmother took the stand for the majority of Tuesday afternoon. She painted a picture of instability that surrounded Laila and her sister for the majority of their lives. They went from home to home, sometimes staying people their mother barely knew, for much of their early years.

Peggy Banks was one piece of stability in the girl’s lives. At different times, Banks kept one or both children. She tried to keep the girls long-term but her senior living community does not allow children. At that point, Banks had to give up custody of the children and they went into the foster care system shortly thereafter.

Banks was initially excited about the Rosenbaums as foster parents for Laila and Millie.

“Well it looked good on paper,” testified Banks, referring to the Rosenbaum’s qualifications to be foster parents.

Banks says Jennifer Rosenbaum started limiting her visitation with the girls or cancelling them altogether. Banks said she became concerned about Laila and Millie after seeing bruises on them. At that point, Banks asked the Homeowner’s Association in her Senior Living Center for permission to keep the girls. They said she could keep the children in their home for as long as two years. Banks said Laila died before she could talk to DFCS about gaining custody of the girls.

Jennifer and Joseph Rosenbaum are facing 49 charges including murder, child cruelty and aggravated assault. Both have pleaded not guilty and are out on bond.

Last week Laila’s biological mother and sister took the stand to testify. The sister, who is currently 7 years old, said she and Laila suffered spankings with belts at the hands of the Rosenbaums. Laila’s mother testified about her concerns the girls were being abused by their foster parents.

This past weekend would have been Laila’s sixth birthday.

The foster parents said she choked - but the autopsy tells a different story. Now this evidence can't be used during the trial.

Additional indictments handed down against couple in death of Laila Daniel 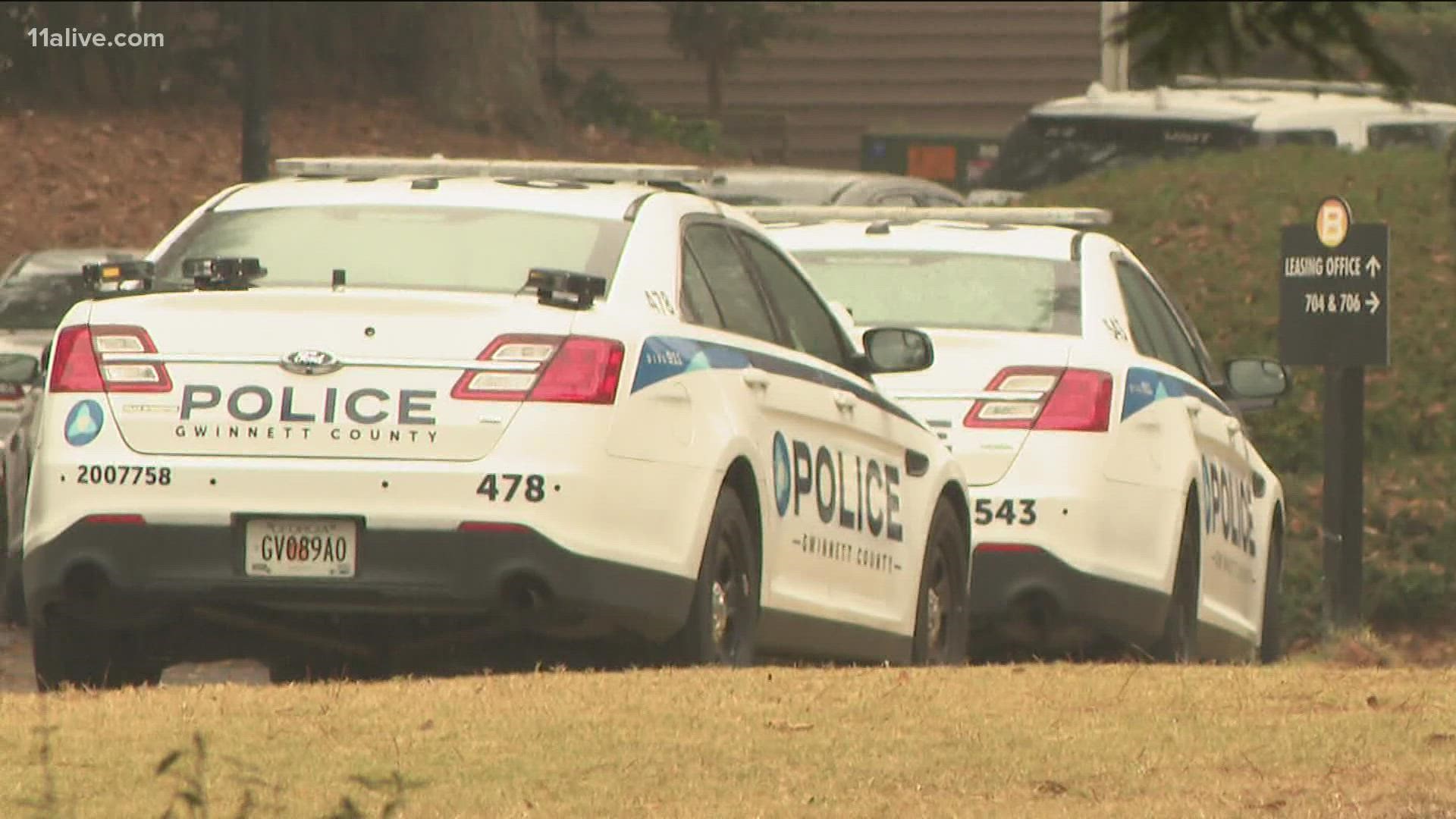