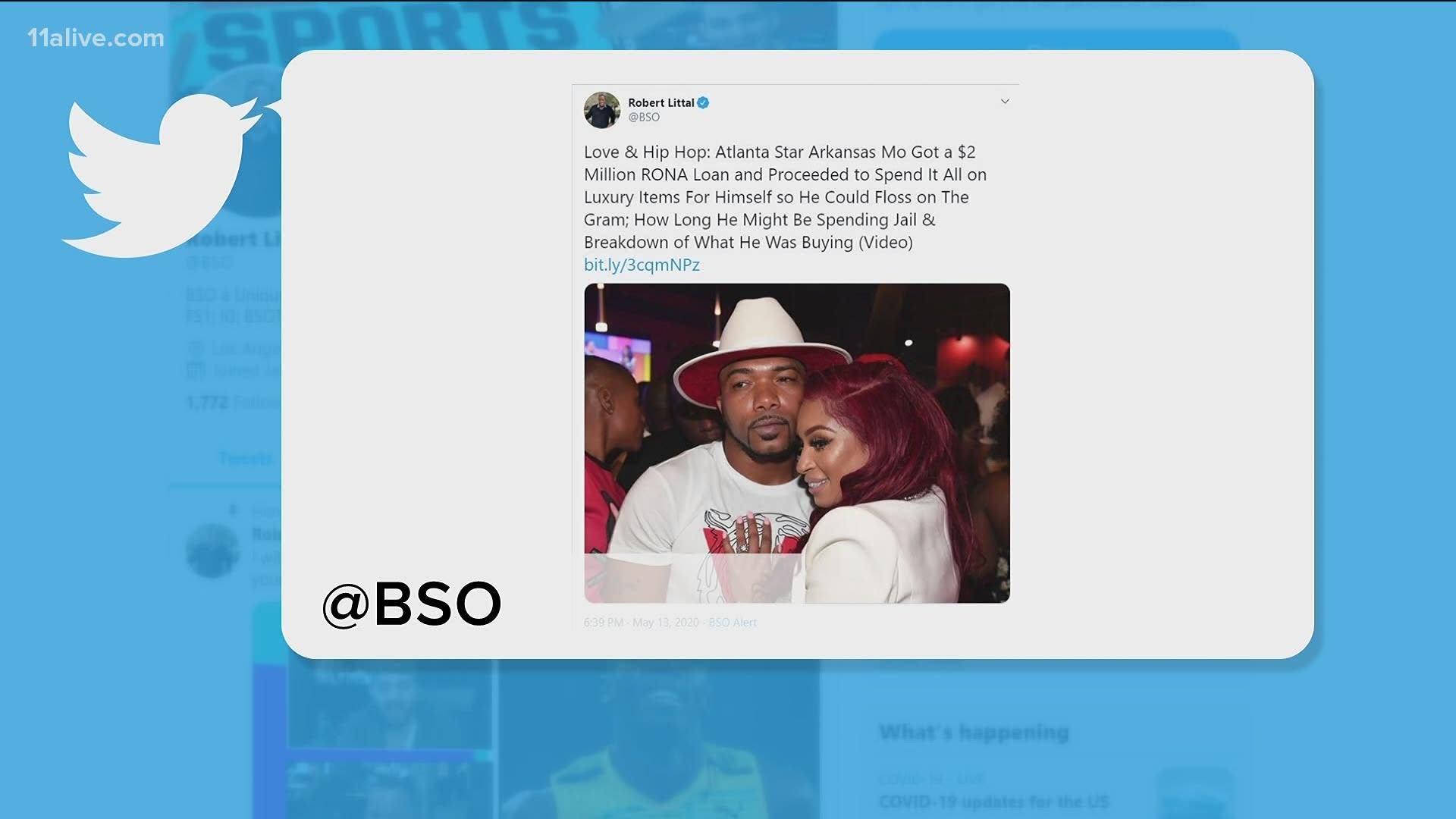 ATLANTA — Editor's note: The video above is from a previous story.

A former star on the show "Love & Hip Hop: Atlanta" has been sentenced to more than 17 years in federal prison for charges related to a Ponzi scheme and for a fraudulent Paycheck Protection Program loan application, according to the Department of Justice.

The Acting U.S. Attorney for the Northern District of Georgia, Kurt Erskine, said Maurice Fayne, 38, ran a multistate Ponzi scheme that defrauded more than 20 people who invested in his trucking business.

Officials said Fayne, who goes by Arkansas Mo, promised he would use investors' money to operate the business. However, they said he used the funds to pay personal debts and to live an extravagant lifestyle.

"During the scheme, Fayne spent more than $5 million at a casino in Oklahoma," according to the news release.

Erskine said in April of last year, Fayne submitted a $3.7 million PPP loan application claiming his trucking business had more than 100 workers with an average monthly payroll of $1,490,200. However, they said he spent $40,000 for past-due child support, $50,000 on restitution for a previous fraud case, $136,000 to lease a Rolls-Royce, $907,000 to start a business in Arkansas, and thousands more on other expenses.

“Fayne planned to use the PPP program as a cover for his long-running Ponzi scheme,” said Erskine. “The funds the program supplies serve as a lifeline to many businesses desperately trying to stay afloat during the pandemic, and unfortunately his fraud helped deplete those precious dollars.”

On top of the 17 years and six months of prison time, he will also have five years of supervised release. In addition, the reality TV star must pay almost $4.5 million in restitution.