A woman who police said was the boy's guardian told WFAA he was sound asleep when the suspect allegedly broke in through the back door and kidnapped her son. 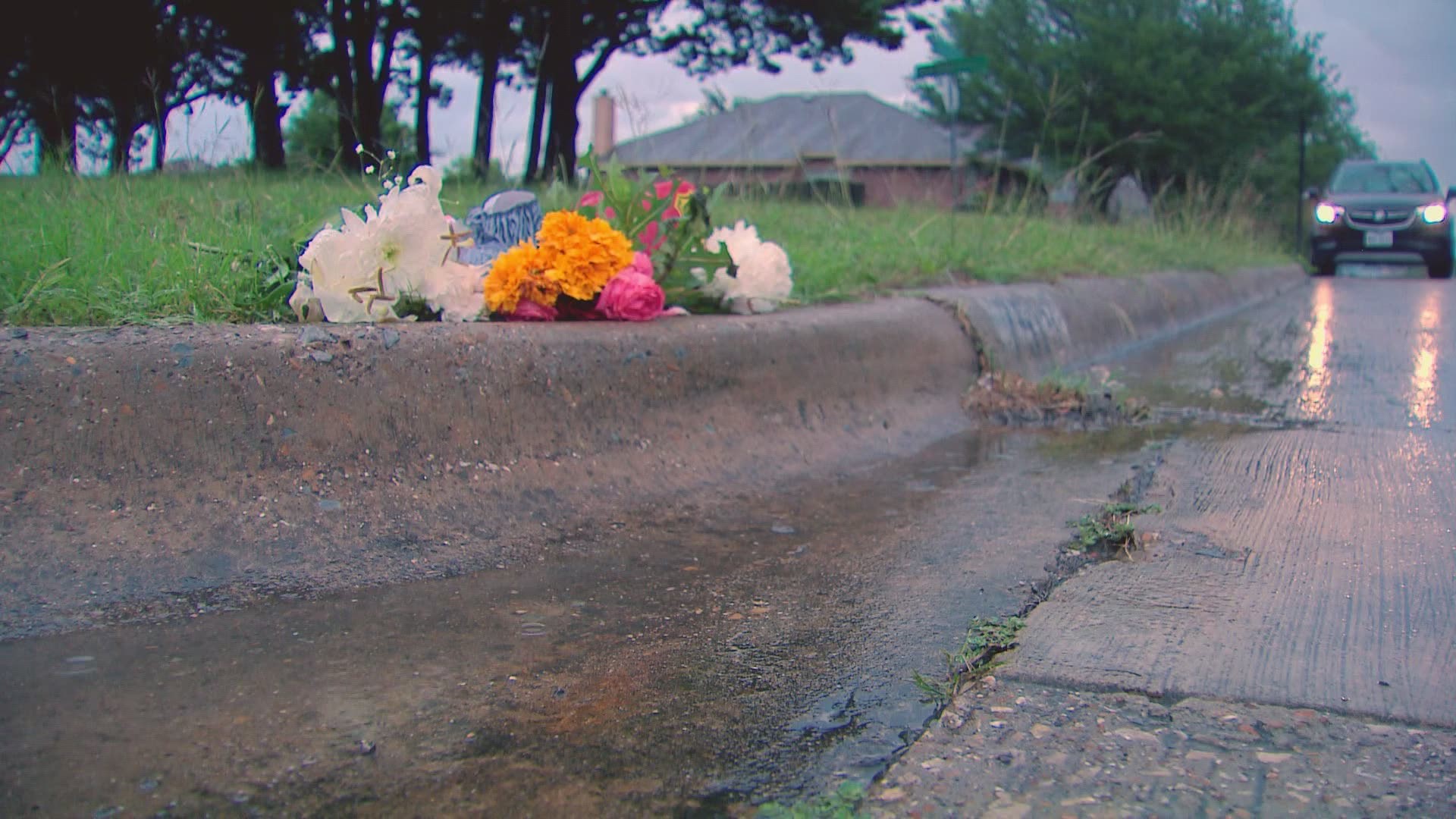 DALLAS — People visited a memorial site Sunday at the spot where a 4-year-old boy was found dead Saturday morning.

Officials said the 4-year-old boy had "multiple wounds" to his body when officers found him near the 7500 block of Saddleridge Road.

Dallas police have since arrested 18-year-old Darriynn Brown on kidnapping and theft charges in connection to the boy's death.

Investigators canvassed the area and asked for the public’s help, especially from any neighbors who may have had video footage of the incident. Residents told WFAA they would see Brown walking in the neighborhood.

“Hard to believe. I don’t think he was in his right mind,” said neighbor Jose Ramirez.

WFAA spoke with a woman off-camera who identified herself as little boy’s mother, though police described her as the boy's guardian. She said the 4-year-old, Cash Gernon, was a "happy-go-lucky" boy.

This 4y/o boy was found murdered on Saturday am on Saddlerige drive in the Mountain Creek Area in Dallas.

Mom identifies him as Cash Gernon. She says, “Cash was sleeping when he was kidnapped.”

Cash has a twin brother, who mom says, is in state custody now.

She told WFAA Cash was sound asleep when surveillance video reportedly showed the suspect broke in through the back door and kidnapped him. Police have been canvassing the area all throughout the weekend.

“They were back in the alley, looking through trash containers to see if they could find any type of evidence. They went down the street, and they spent a good time down there,” Ramirez, the neighbor, said.

The Dallas County Sheriff's Office said that Brown was not wearing an ankle monitor at the time of incident, but would have to if he posts bond.

“It’s just so sad that someone woke up this morning and lost their child without a warning,” said Katie Guillen, a woman who lives nearby.

Guillen, along with another woman, stopped by to bring flowers to the growing memorial where the boy’s body was found.

“How do you throw away someone’s body like he’s nothing. He’s someone’s kid,” Guillen said.

The boy's guardian told WFAA she had no idea why Brown would do this, and that they don’t have a relationship.

Right now, Brown is being held on a $750,000 bail for each charge, according to the sheriff's office. According to records, he was charged with evading police in late April, and Dallas police say they’re expecting more charges to be filed.

Editor's note: This story has been updated to clarify that the woman who identified herself as the boy's mother is his guardian, according to Dallas police, and the suspect was not wearing an ankle bracelet, according to the Dallas County Sheriff's Office.