On Monday, 42-year-old Erica White was found guilty on all counts in connection to the murder of her 2-year-old son Tyrael McFall. 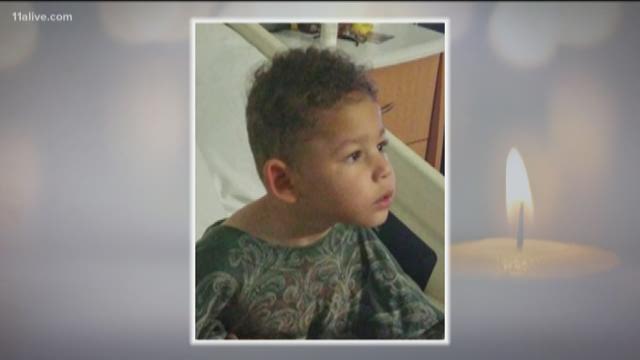 COBB COUNTY, Ga. -- A jury has found a woman accused in the death of her 2-year-old son guilty.

On Monday, 42-year-old Erica White was found guilty on all counts in connection to the murder of her 2-year-old son Tyrael McFall.

Police say the child died in November 2014. An autopsy determined the cause of death as from a lethal dose of the painkiller Codeine.

The boy had been severely disabled since he was 8-months-old after his father, Joseph McFall, shook and beat him. The boy suffered broken bones and permanent brain damage in that beating. Joseph McFall is serving 40 years in prison on charges related to his son's injuries.

Prosecutors claim that White gave the boy a fatal dose of Codeine in order to collect on a $50,000 life insurance policy. She allegedly used her child's name and social security number to obtain credit cards which she used to buy electronics. Tyrael McFall had a balance of more than $1,500 on a card in April 2015 -- six months after his death. Numerous bank accounts were also set up in his name.

The defense placed the blame on White's boyfriend, Michael Schullerman, who has pleaded guilty on 12 fraud charges. White loved and cared for son, the defense claimed.

White's sentencing is scheduled for Wednesday.