A child seen being abused in a video shared widely on social media is now in protective custody and his mother in jail. 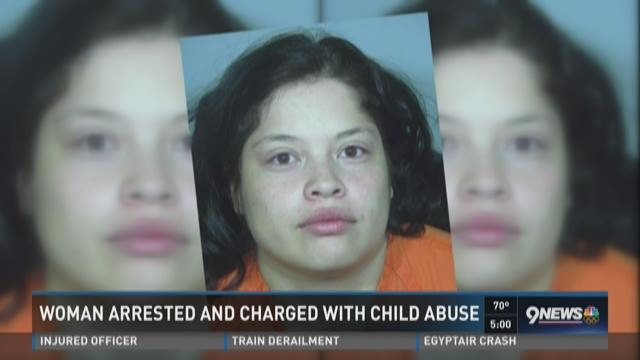 LOCHBUIE, Colo. -- A child seen being abused in a video shared widely on social media is now in protective custody and his mother in jail.

A Colorado woman identifying herself only as Sue, said she reported the abuse to police nine days after recording Katrina Flores-Kennedy on April 30.

The dark, cell phone video is disturbing. The screams of who Lochbuie police believe is Flores-Kennedy can be heard yelling at her toddler son about a lost phone charger.

The boy, wearing a t-shirt and diaper, can be seen crying as his mother yells at him and hits him.

Sue did not want to appear on camera or give her full name, fearing for her safety after posting the video.

“I was only trying to help. I know everybody’s seen (it), and everybody’s making it like I’m a monster for recording it, but they don’t understand the situation and the circumstances," she said.

Sue explained she didn’t step in to help the child out of fear and did what she thought was best.

“She was still in my home. I was scared. I was terrified. I didn’t know what to do,” she said.

Flores-Kennedy and her son were temporarily staying in Sue’s home at the time. Now, the boy is in protective custody but only after Sue said she posted the video online when she didn’t think police were taking action to protect the child.

Sue’s sister said the family is getting death threats.

“It’s extremely hard. People don’t know the emotional affects that we’re going through being the ones who put it out there. But nobody wanted to see that baby hurt anymore and if this is what it takes, so what if the world hates us. At least that baby is saved,” her sister said.

“She should have called police a lot earlier,” said child and family therapist, Dr. Larry Curry.

Curry deals with cases of child abuse every day. He said the 16-minute video Sue posted to social media was tough for him to watch.

“This was a mother who in the wrong way disciplined her child, yelled, humiliated her child [and] probably caused far more trauma for this child in the future,” he said.

Curry said posting video of abuse online is not the right way to stop it.

“When you see it on social media, it just kind of implies that there’s entertainment about this,” Curry said.

Curry suggested the best course of action is to call police right away. Sue waited more than a week and was cited for child abuse. Late Wednesday night around 10:40 p.m., Lochbuie police officers wrote her a citation. She said she will fight those charges.

9NEWS legal analyst Scott Robinson said the case raises an important question about one’s duty to intervene when a crime is being committed.

In this case, Robinson said the helplessness of the toddler and the relationship between Sue and Flores-Kennedy likely factored into the decision to issue Sue a citation.

Flores-Kennedy, 27, is charged with three counts of child abuse. She appeared in court by jailhouse video Thursday afternoon. A judge ordered a $3,000 bond, and is keeping Flores-Kennedy from contacting her son or anyone under the age of 18. She will be back in court next Friday.