Police said the mother first said she was homeless but they found that not to be the case. 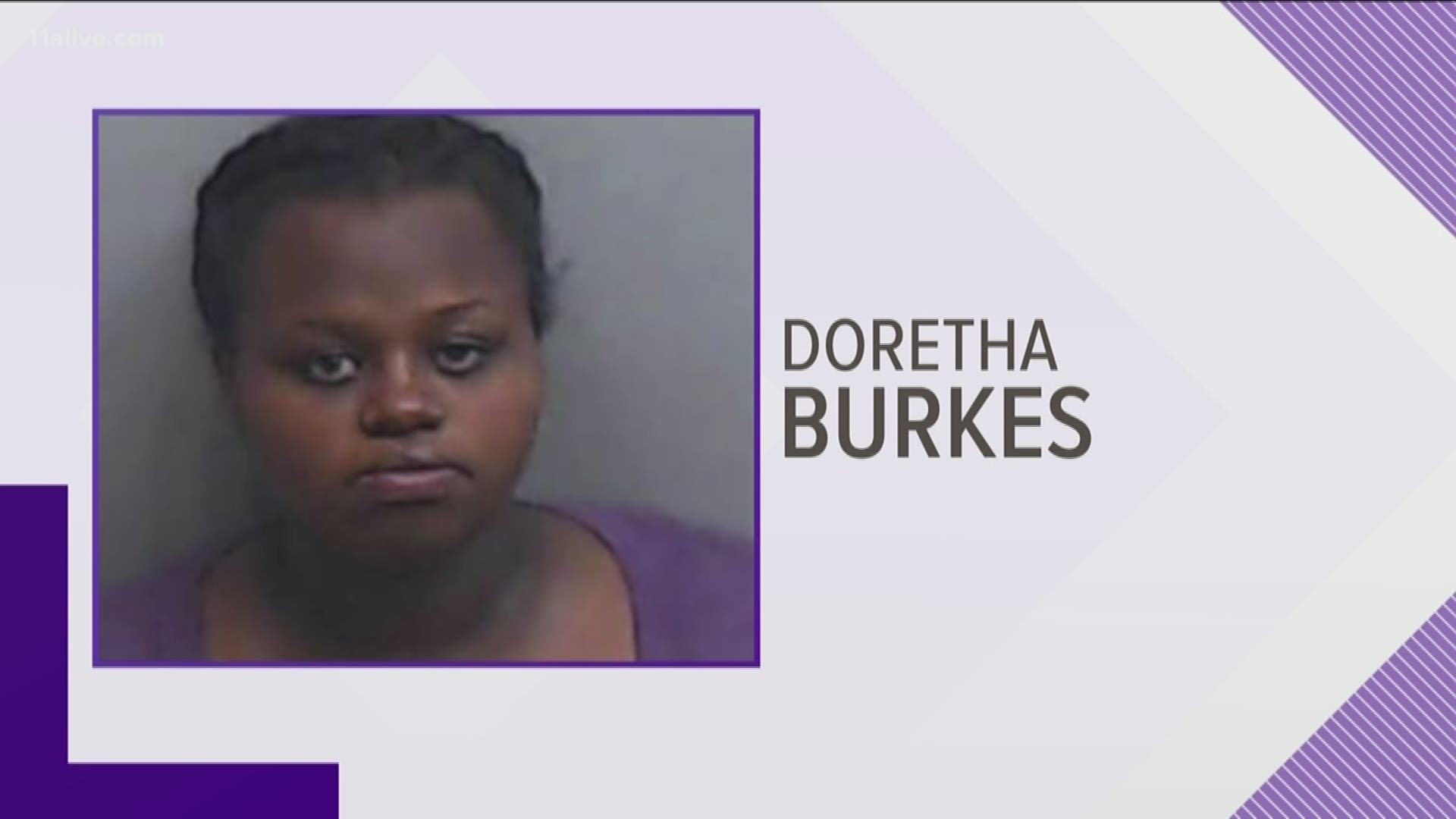 ATLANTA — A 22-year-old woman will be facing several charges after police say she called in to check the condition of an infant she allegedly left on a doorstep after giving birth to her.

Police were first called to the 1500 block of Mary George Avenue around 1:30 a.m. on Tuesday after a resident there heard noises coming from her front porch and discovered the source - a baby girl wrapped in a white blanket that was crying. Police said the child had no signs of injury and was taken in by the Georgia Division of Family and Children Services.

That woman, later identified as Doretha Burkes, first told police she was homeless and had left the child on the doorstep because she couldn't care for her.

However, further investigation found that not to be true. Police said Burkes actually lived with her mother in southwest Atlanta and had been afraid to tell anyone she was pregnant.

"She gave birth to the child in secret, then took the newborn and placed her on a doorstep," the police department said.

Burke will now be charged with misdemeanor reckless conduct and felony counts of cruelty to children and providing false information to police.

Following the discovery of the child, police said she was taken to Grady Memorial Hospital and is said to still be in good condition.

In a press conference on Wednesday, police said that the mother's action put the child in great danger and reminded the public of Georgia's "Safe Haven" law which allows mothers who cannot care for their newborn to drop it off to a safe haven, like a police or fire department.