Warrants: Mother confesses to beating child because he soiled his diaper. The child died. 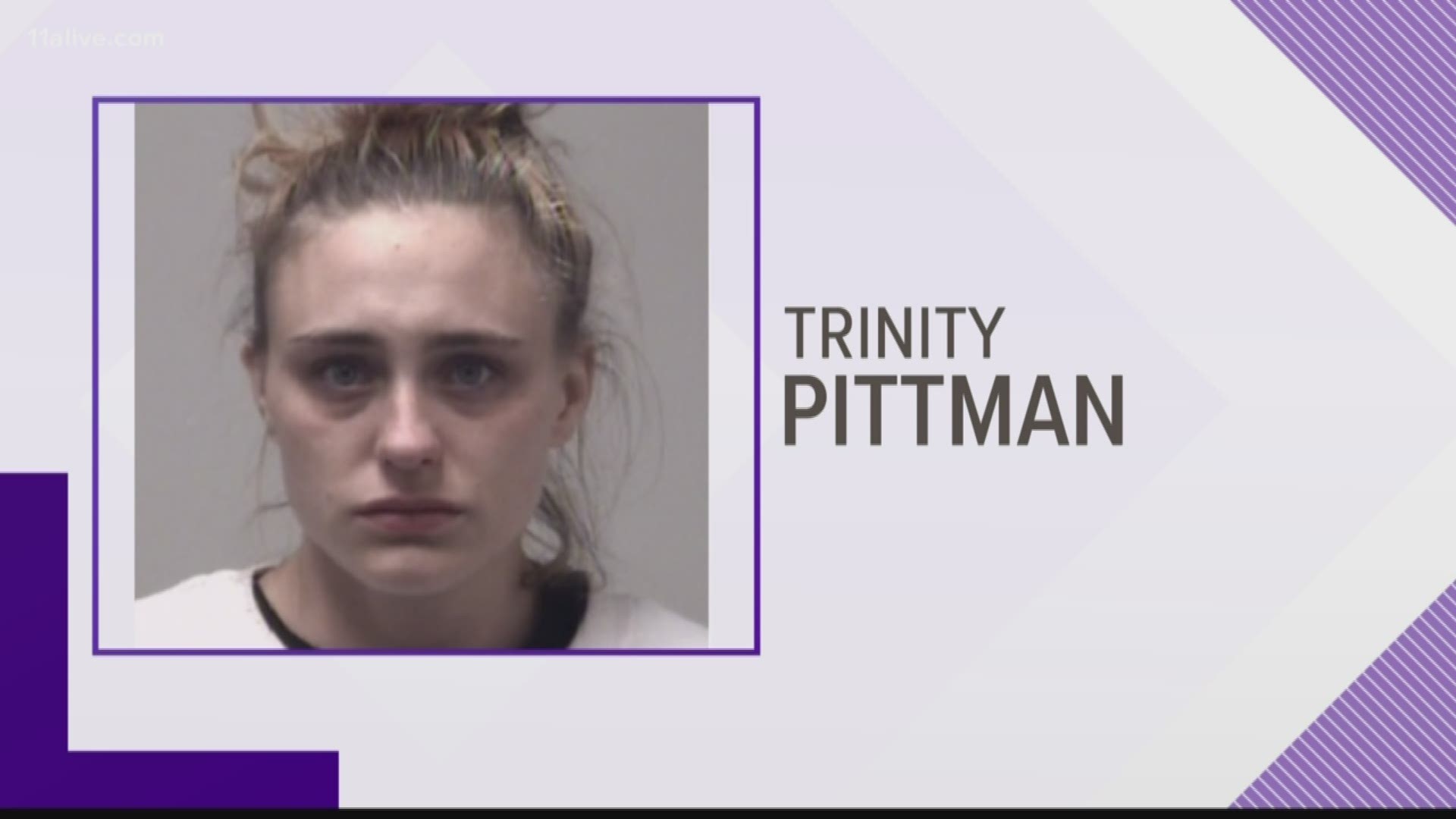 COWETA COUNTY, Ga. — A 23-year-old is in custody after her 1-year-old baby died on Saturday.

Trinity Pittman, of Palmetto, is charged with murder and child cruelty in the death of her 20-month-old son, Conner Perry.

Pittman originally told authorities when she showed up to Piedmont Newnan's emergency room that the child was injured after falling while jumping on a trampoline.

The medical staff reported that not all of Conner's injuries were not consistent with the fall because his abdomen was full of blood and his lungs were filling up with fluids.

According to police, they interviewed Pittman and her boyfriend, Jeremy Davis, 24, and said their accounts of the incident were not consistent.

Pittman later admitted to lying and making false statements about Conner falling off a trampoline.

She confessed she was angry at the 20-month-old boy because he soiled his diaper, warrants said.

After not obeying multiple demands to the child, she admitted to police that she hit him several times. At one point, he fell onto the floor and hit his head after striking him.

According to Pittman, Conner "went to sleep."

Hours after the incident, Pittman went to work and left Conner, and Pittman's 4-year-old daughter, in the care of Davis. She allegedly told him the same story about him falling off the trampoline.

He called Pittman to tell her that he awoke and was vomiting and having trouble breathing. That's when Pittman returned home and took Conner to the hospital.

Conner was transported to Children's Healthcare of Atlanta where he was pronounced dead.

"Trinity Pittman exhibited general disregard for the welfare of her own child Conner Perry and acted out of personal spite towards the child leading to physical injury," the warrant states.