The thieves stole purses, cell phones and credit cards all before mourners had time to make it back to their cars. 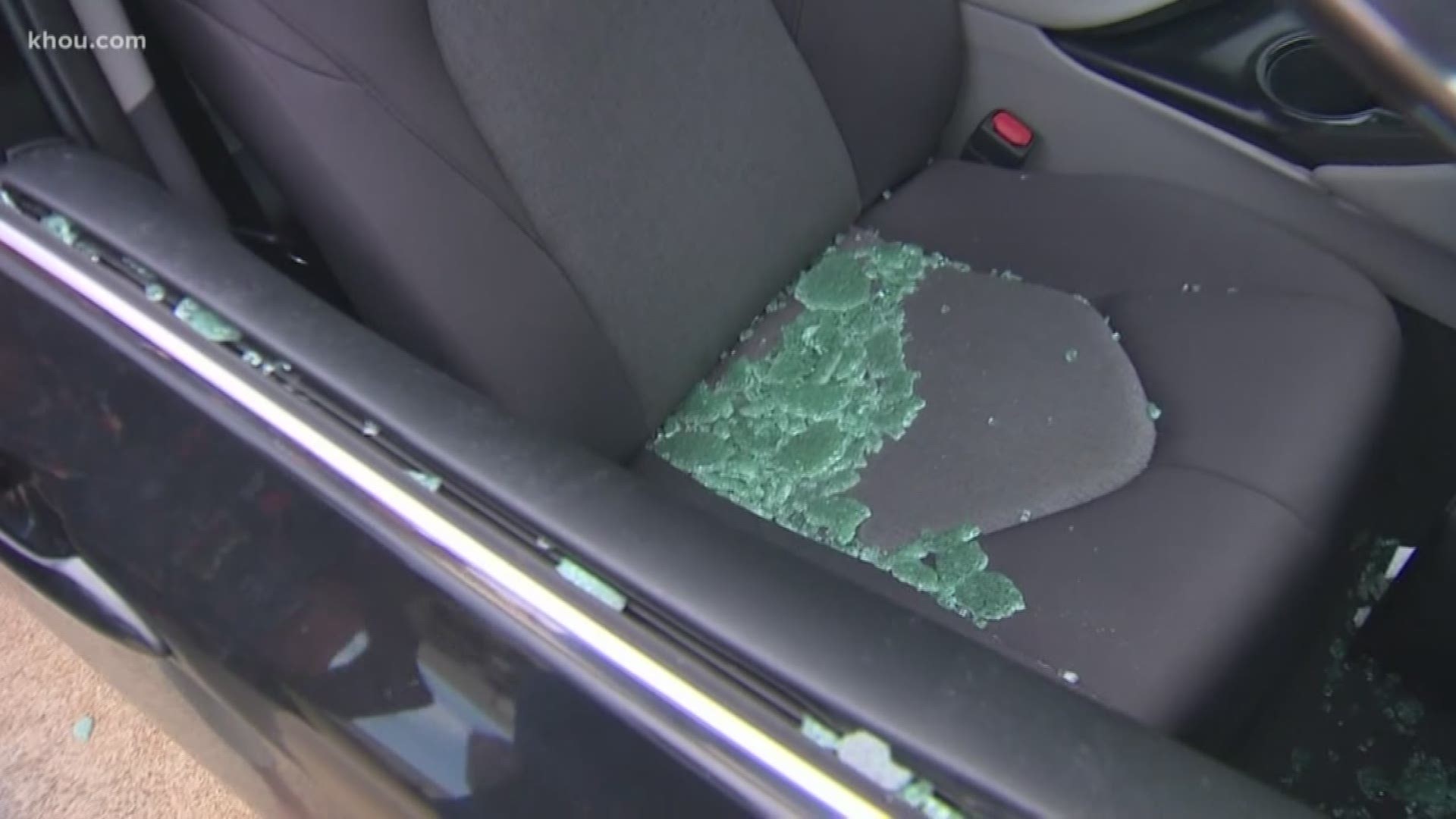 HOUSTON — Mourners are angry after thieves broke into their cars Monday while they were at a burial service at Forest Park Lawndale Cemetery in southeast Houston.

The thieves stole purses, cell phones and credit cards all before mourners had time to make it back to their cars.

Maggie Turner was one of five victims.

Turner was attending the burial service of a family member. It only took half an hour for the burial and the plot was only about a hundred yards from where they parked.

She and a handful of other mourners with broken windows went to the cemetery office to tell them what had happened.

“I told her that our car had been broken into and my purse had been stolen — and she said, ‘well here, you can call the police and gave me a number to call the police,” Turner said.

Within an hour, Turner and her husband started receiving fraud alerts for purchases at a Kroger on Polk Street.

The thieves had already started shopping.

Turner’s credit cards were rejected, but her debit card was approved for a purchase of more than $500.

KHOU 11 asked Forest Park Lawndale how this could’ve happened during a burial service in the middle of the day.

They emailed the following statement:

“We take the safety and security of our park very seriously, however, cemeteries are open to the public during normal business hours. We are fully cooperating with local law enforcement with the hope of apprehending these criminals. We encourage any family who has concerns to contact our cemetery office.”

“It’s just very, very wrong to do something malicious in a setting that you know is already emotional. It’s already a difficult time, it’s already a sad time and it should be about the family and the deceased. And not about missing phones and credit cards.” Turner said.

The thieves are still on the run.

This isn’t the first time we’ve reported on thefts at Forest Park Lawndale.