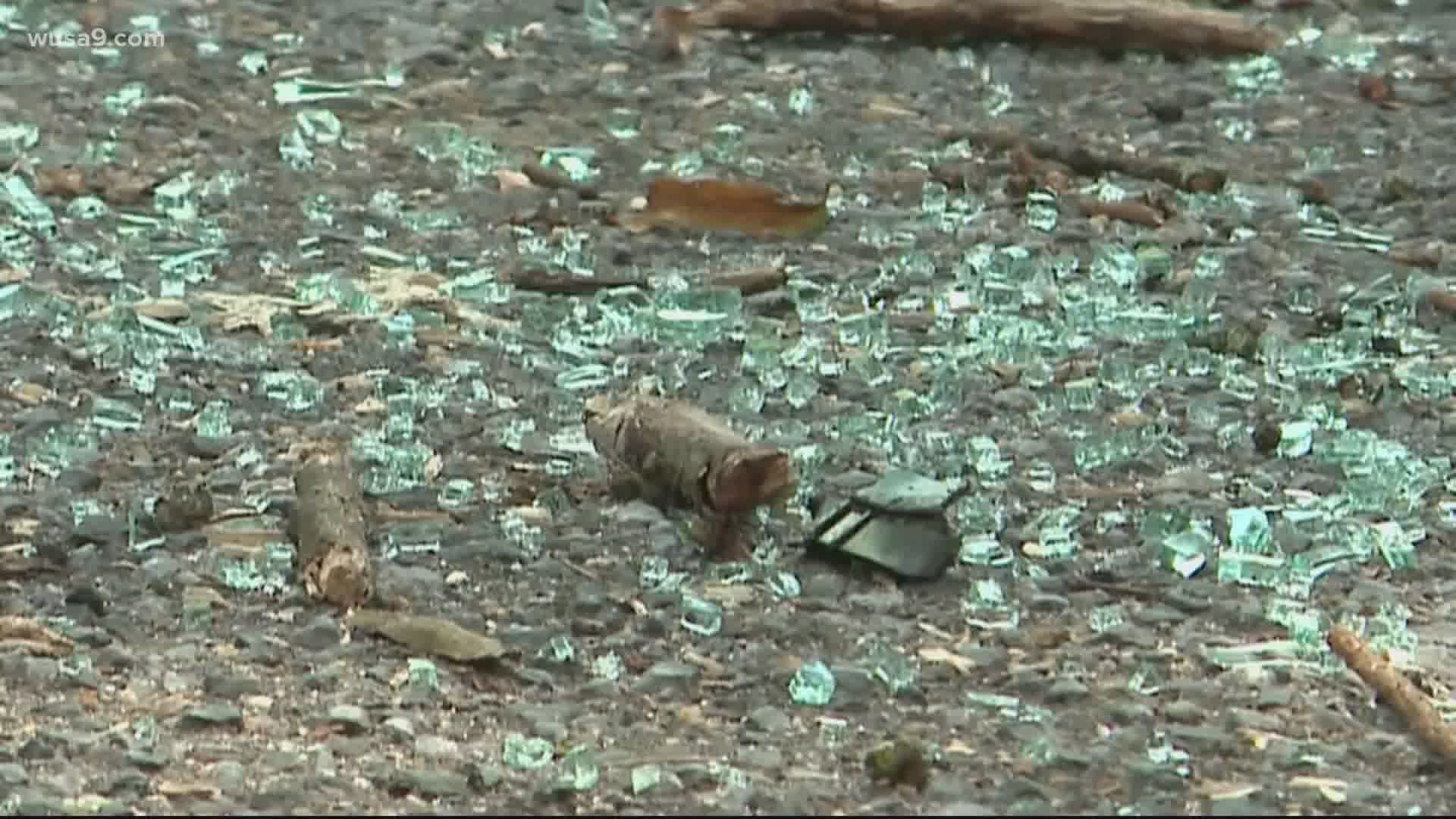 PRINCE GEORGE'S COUNTY, Md. — Prince George's County police said three officers were shot Sunday night after responding to a call for a home invasion. Neighbors said they're just glad no one was killed.

“I was sitting in the living room. I just hear boom boom boom boom," William Morton said. He said the officers were shot right next to his front gate.

Interim Police Chief Hector Velez said Monday that two of the three officers have been released from the hospital, and the third had a successful surgery.

He said the officers had been responding to a call for a home invasion in the 1300 block of Capital View Terrace at around 6:30 p.m. Sunday night. Chief Velez said when an officer arrived and started talking to the two men police have now charged for the assault, the suspects quickly started shooting.

Velez said the men then hopped in a car and started to drive away -- past Douglas Coles' house, who said he's lived in the Capital View Mutual Homes neighborhood for 30 years.

“The car was coming up the street, he was going past, he was shooting out of the window, like it was a movie," Coles said. "But, you know this is real life, know what I’m saying?"

RELATED: 'Nothing but the grace of God' | Prince George's County police charge 2 men in shooting of 3 officers

Been in the Capital View Mutual Homes neighborhood all day talking to neighbors about the 3 officers @PGPDNews says were shot last night.

Hear from a young father who watched the shooting happen right outside his house and another man who’s lived here 30 yr.s on @wusa9 at 5. pic.twitter.com/lu6n0PgVe6

Then, Morton said the car drove past his house and crashed into a tree up the street. Chief Velez confirmed Monday that the car did crash into a tree right before officers were able to arrest them.

“One [officer], like I said it happened right outside my gate, so he be standing here, so I guess he realized he got shot," Morton said. "So he fell down on the ground, and other officers came and tried to help him out and tend to him."

Police have arrested and charged  Steven Maurice Warren and Andre Larnell Smith with multiple charges related to the officers' assaults.

The site manager also told WUSA 9 that multiple neighbors' homes sustained damage from the bullets, including one woman who had a bullet fly through her back window.

“Bullets don’t have no name at the end of the day, so you don’t want to get too close to the bullets," Coles said.

Both he and Morton were thankful no one was killed.

“This is the first time we’ve seen something like this in this community," Coles said. "Prayed to god that everyone was just alive, and everybody was safe, no kids was harmed. That was the important part about everything.”

The site manager said their neighborhood has been relatively safe for years, and they're working to make it better each day. She said they just won a grant for a new playground and basketball court they're hoping to build soon.