The judge had a dire warning for Robert Solis, the 47-year-old man charged with capital murder in the case. 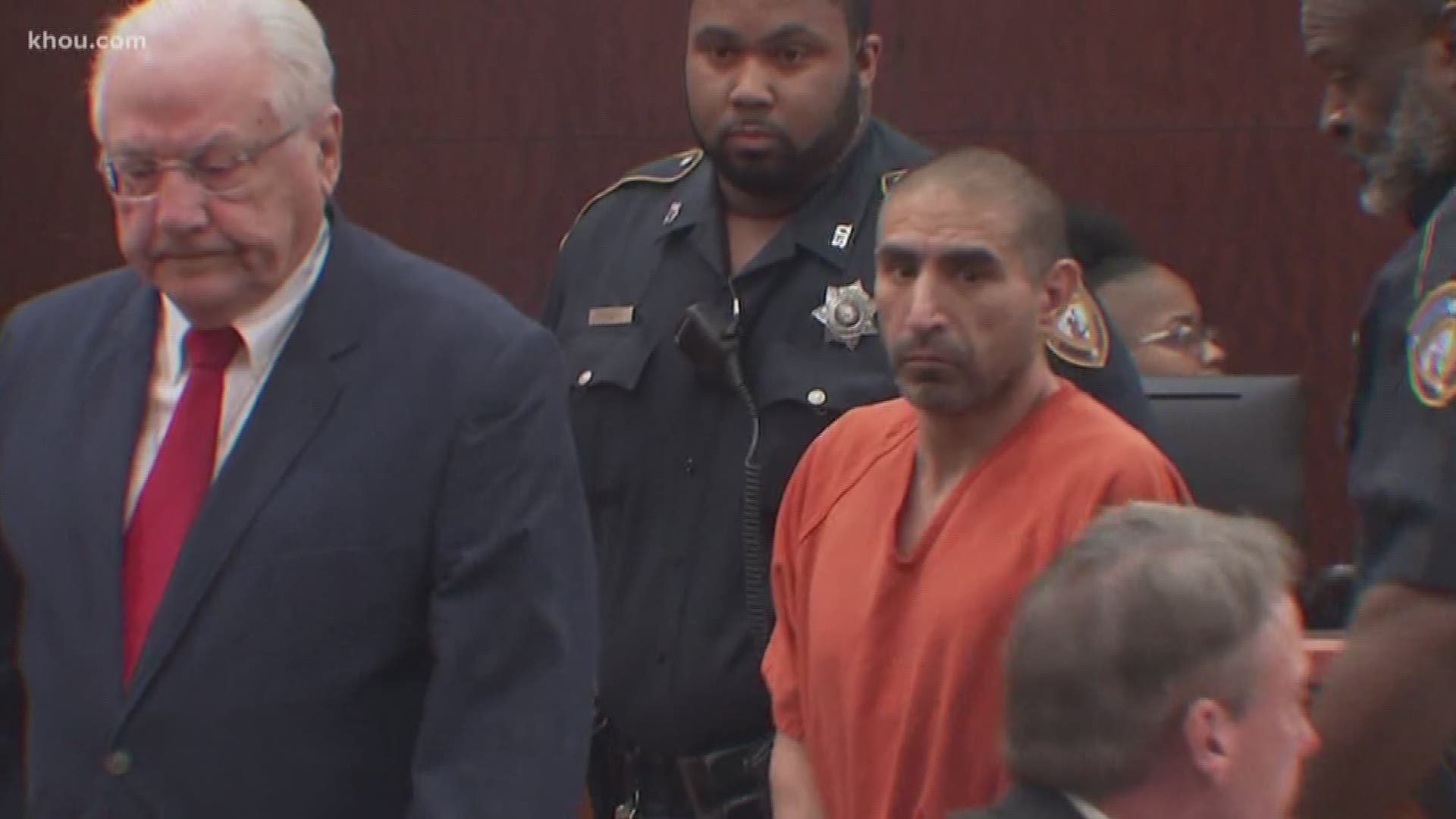 Editor's note: The above video is from the suspect's first court appearance when he was given no bond.

The judge had a dire warning for Robert Solis, the 47-year-old man charged with capital murder in the case.

"it is a likely outcome that death be the sentence here," the judge said.

"Sometimes, they seek the death penalty when a police officer is the victim. I think that's what he has reference too," Attorney Allen Isbell said.

The judge again denied bond for Solis, an ex-con who was on parole.

Solis didn't appear in his first court hearing last week because he was in the hospital on suicide watch.

Solis allegedly shot Deputy Dhaliwal in the back of the head twice during a traffic stop on Friday. Investigators say the shooting was captured on the deputy's dash cam. Dhaliwal had pulled Solis over for running a red light.

Surveillance cameras show the suspect tossing a gun into a dumpster near where he was arrested, the prose

In Oct. 2002 Solis was sentenced to 20 years in jail for kidnapping his own son and shooting a man in the leg. After serving 12 years of the 20-year prison sentence, Solis was released and continued his violent criminal history.

Deputy Dhaliwal was a 10-year veteran with a "heart of gold." He was the first member of the Sikh community to become a Harris County Sheriff's deputy.

“He was a hero, a respected member of the community and a trailblazer,” Gonzalez said.

Dhaliwal was in his early 40s, married and a father of three.

Gonzalez said Dhaliwal was a well-liked and respected deputy who was a leader with the department.

“For me, personally, I’m heartbroken because he’s a personal friend of mine,” Gonzalez said. "He represented his community with integrity, respect and pride."

Several agencies and officials throughout the state of Texas posted their condolences and messages of support for HCSO on social media.