Deputies at the scene tried to render aid. However, the woman died. No law enforcement officers were hurt. 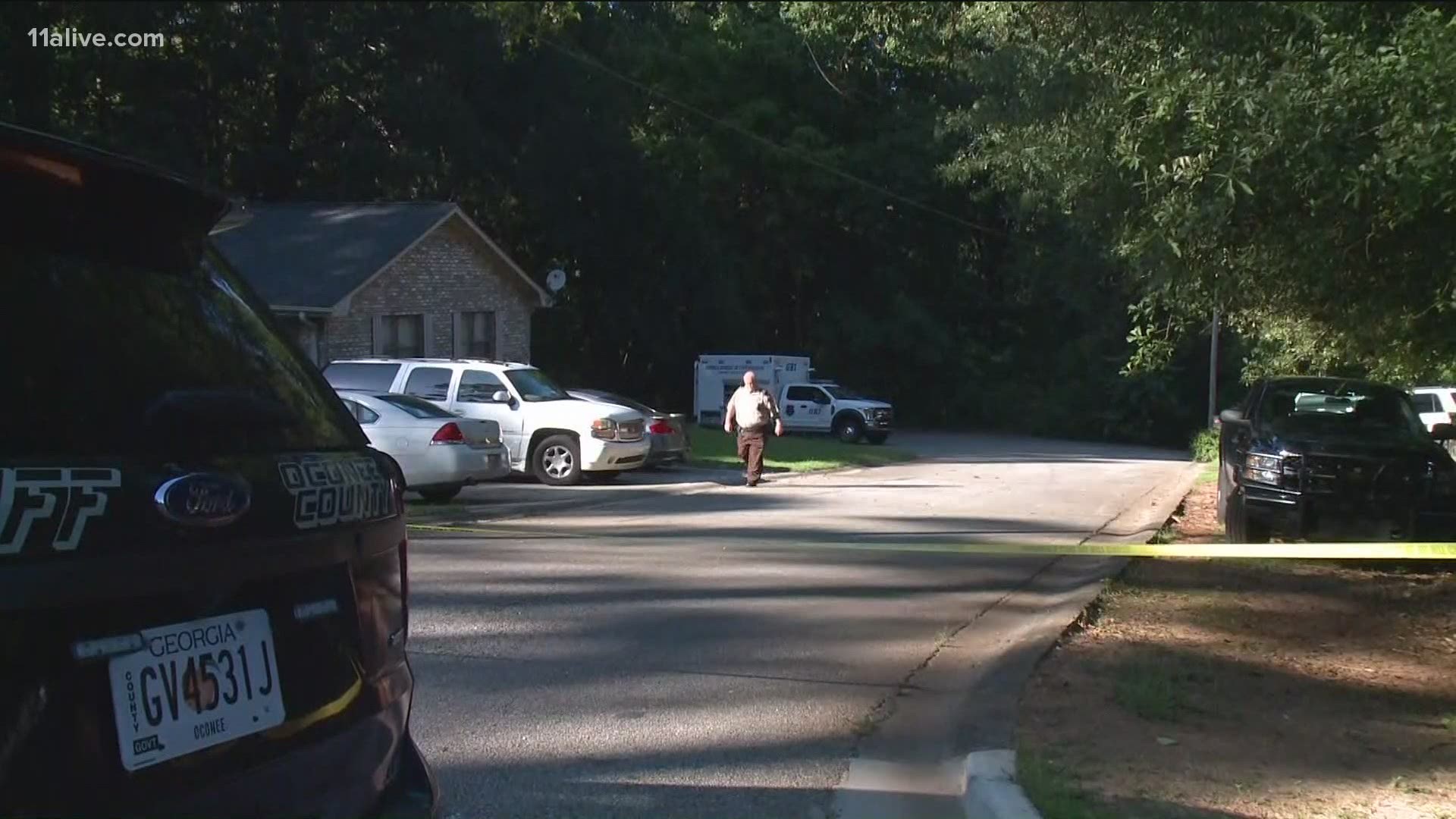 OCONEE COUNTY, Ga. — A woman who allegedly charged at deputies with a knife was killed Monday morning in Oconee County.

According to the Oconee County Sheriff's Office, deputies were called to Creek View Court off of White Oak Drive a little before 10:30 a.m. in response to a domestic incident.

The Georgia Bureau of Investigation, which is investigating, said Oconee deputies met with the man who called authorities saying that a woman hit him in the head and was being aggressive.

Deputies went inside and found a woman allegedly holding a lit blow torch and a knife.

"For approximately 17 minutes, two deputies attempted to resolve the situation by telling her to put the knife down," the GBI said. "At one point, the female made a verbal threat and charged at the deputies while still holding the knife."

Authorities said deputies at the scene tried to render aid. However, the woman died.

No deputies were hurt in the shooting. Oconee County authorities said the man who was involved in the domestic incident prior had "minor visible injuries." GBI added that another person was inside the residence hiding from the woman for several hours because of her "aggressive behavior."

The woman's name has not been released.

The Oconee County Sheriff's Office also said its deputies wear body cameras. They expect video from Monday's shooting to be released as soon as the GBI has had a chance to review it.

The GBI said this is the 72nd officer-involved shooting that they were requested to investigate this year.

This morning at 10:17 AM, deputies were dispatched to a domestic on Creekview Court off of White Oak Drive. The...