Atlanta Police said the off-duty officer shot the two suspects. The officer was wounded during the exchange of gunfire. 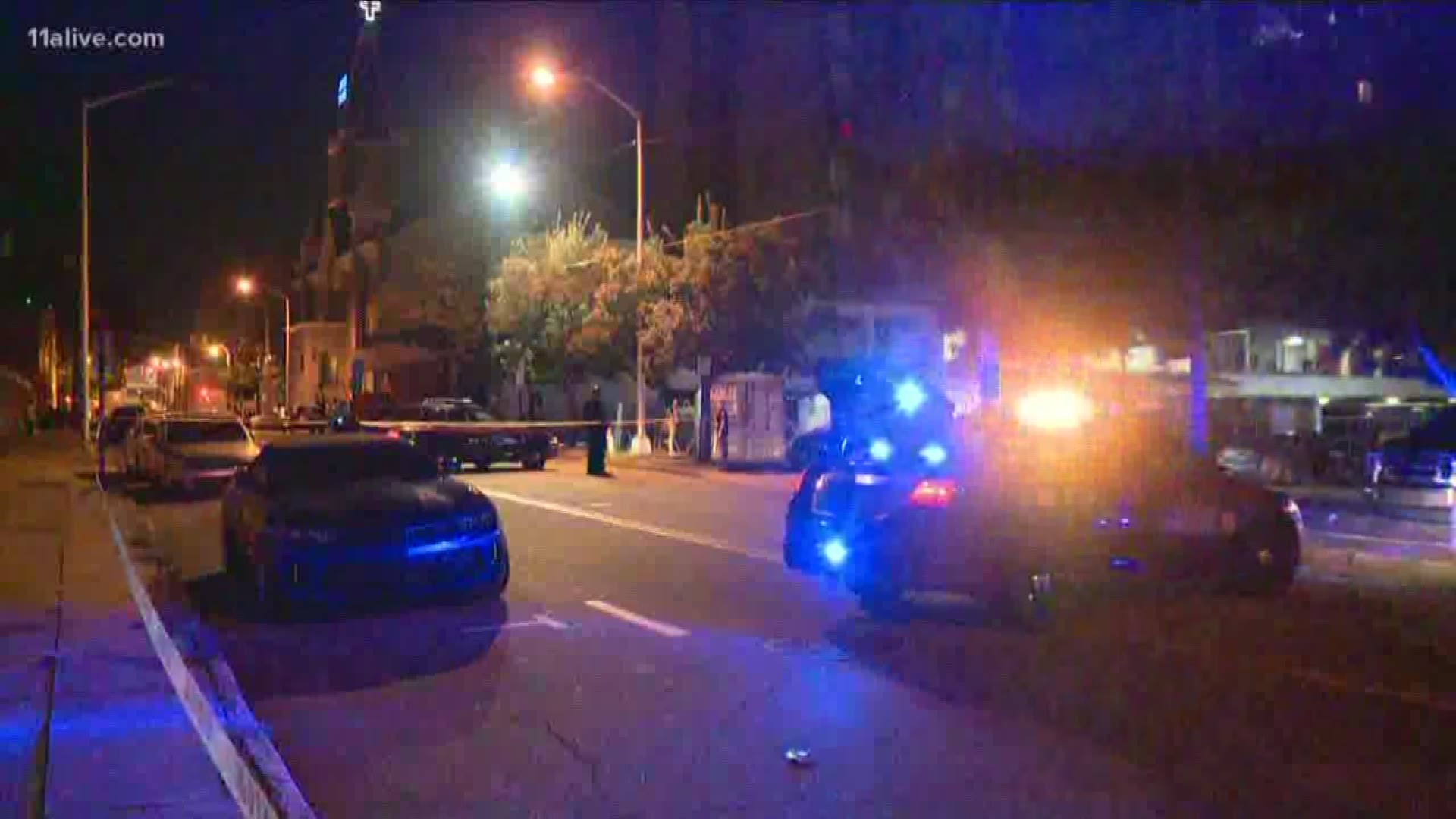 According South Fulton Police Chief Keith Meadows, two off-duty police officers were leaving a lounge near the intersection of Jesse Hill Jr. Drive and John Wesley Dobbs Avenue and getting into their vehicles when two men attacked one of the officers in an apparent attempted robbery.

The second officer pulled out his service revolver and exchanged gunfire with the suspects. That officer was shot twice -- once in the chest and once in the hand.

All three people were transported to Grady Memorial Hospital. The officer was reported to be in stable condition and had surgery for his injuries.

The suspects are reported to have non-life-threatening injuries.

The first officer, was not injured and was "in good spirits," according to Meadows.

According to Atlanta Police Officer Jarius Daugherty, since the officer was off-duty at the time of the incident, the Georgia Bureau of Investigation would not be investigating the incident.

The police investigation of the incident remains underway.