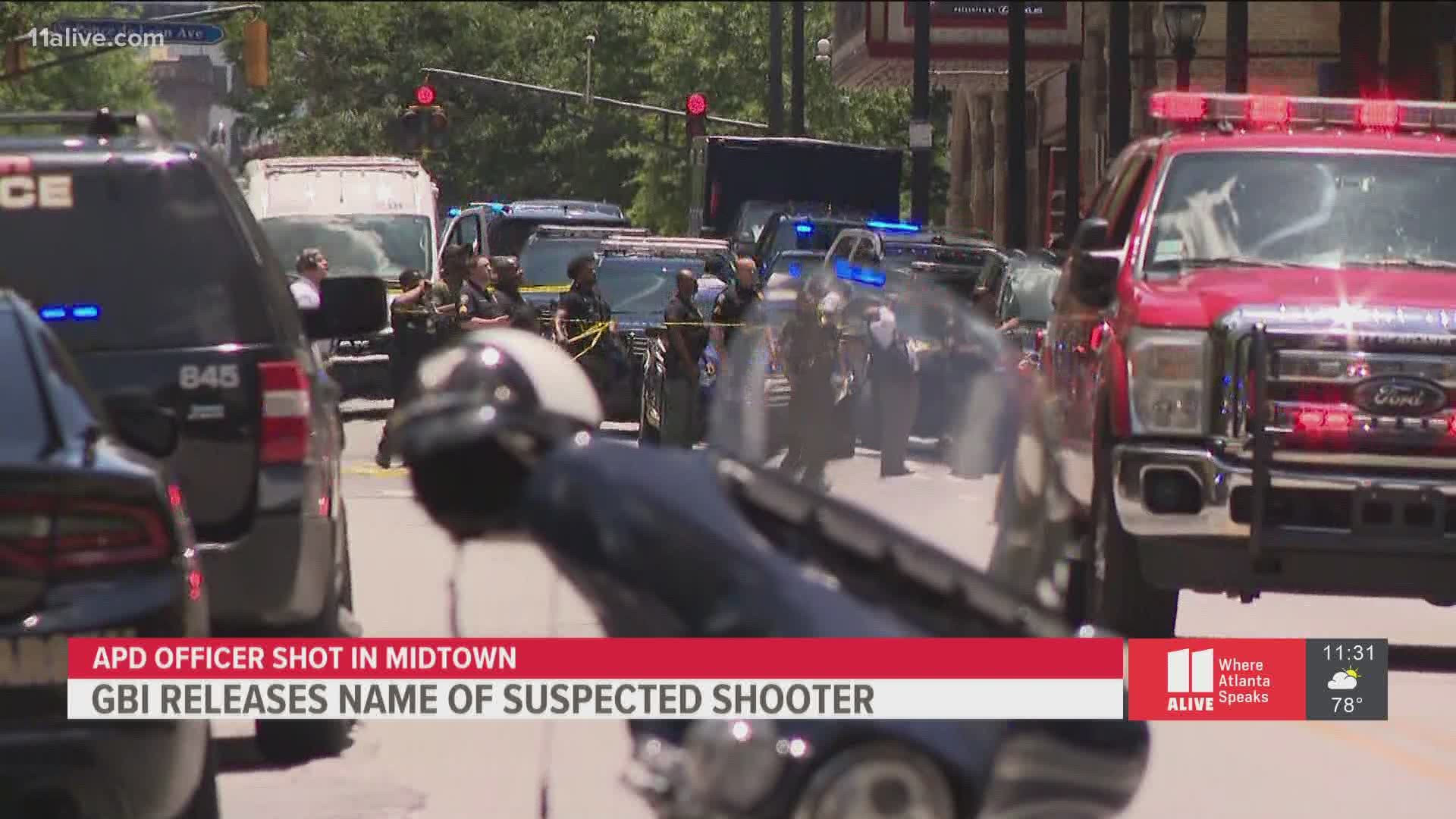 ATLANTA —
An Atlanta police officer is in stable condition after being shot in the face Wednesday afternoon during an ambush.

29-year-old Joseph Lee Humbles of Atlanta was identified as the suspect who was killed during the encounter, GBI said on Thursday.

Mayor Keisha Lance Bottoms said two Atlanta Police officers were responding to a "shots fired" call when the encounter happened. The suspect was killed, according to Police Chief Rodney Bryant.

The incident happened as officers were responding to the call at an apartment building located at 710 Peachtree Street, the Solace on Peachtree Apartments.

"While so many of us run from danger, our officers run to danger and that is what happened today," Bottoms said. "These officers were ambushed and even with one of the officers being struck, they quickly responded and the courage that was displayed, really I don't have the words to describe."

When officers exited the elevator of the building, that's when police said gunfire erupted against them.

"Officers were able to return fire where we believe that one suspect was fatally struck. Officers then were escorted downstairs and transported to Grady Hospital,"  APD Deputy Chief Charles Hampton Jr. said.

RELATED: What we know about Atlanta officer shot during ambush

According to APD, the suspect was involved in a shooting with another man before police arrived. The man sustained non-life threatening injuries, officials said.

The Georgia Bureau of Investigation was requested by APD to investigate the scene.

Bryant said the officer was struck is stable and able to speak.

"It is only through their training and by the grace of God that these officers did not come upon a more tragic situation," Bryant said.

Bryant said a second officer was injured in a traffic accident responding to the shooting.

As of Wednesday, the names of the officers involved are not being released.

In a tweet, Gov. Brian Kemp said he and his family are praying for the officer who was shot.

Marty, the girls, and I join all Georgians in praying for the @Atlanta_Police officer who was shot in the line of duty today. Georgia stands with the brave men and women who protect us every day.