A Fulton County Judge signed warrants for both on June 17. 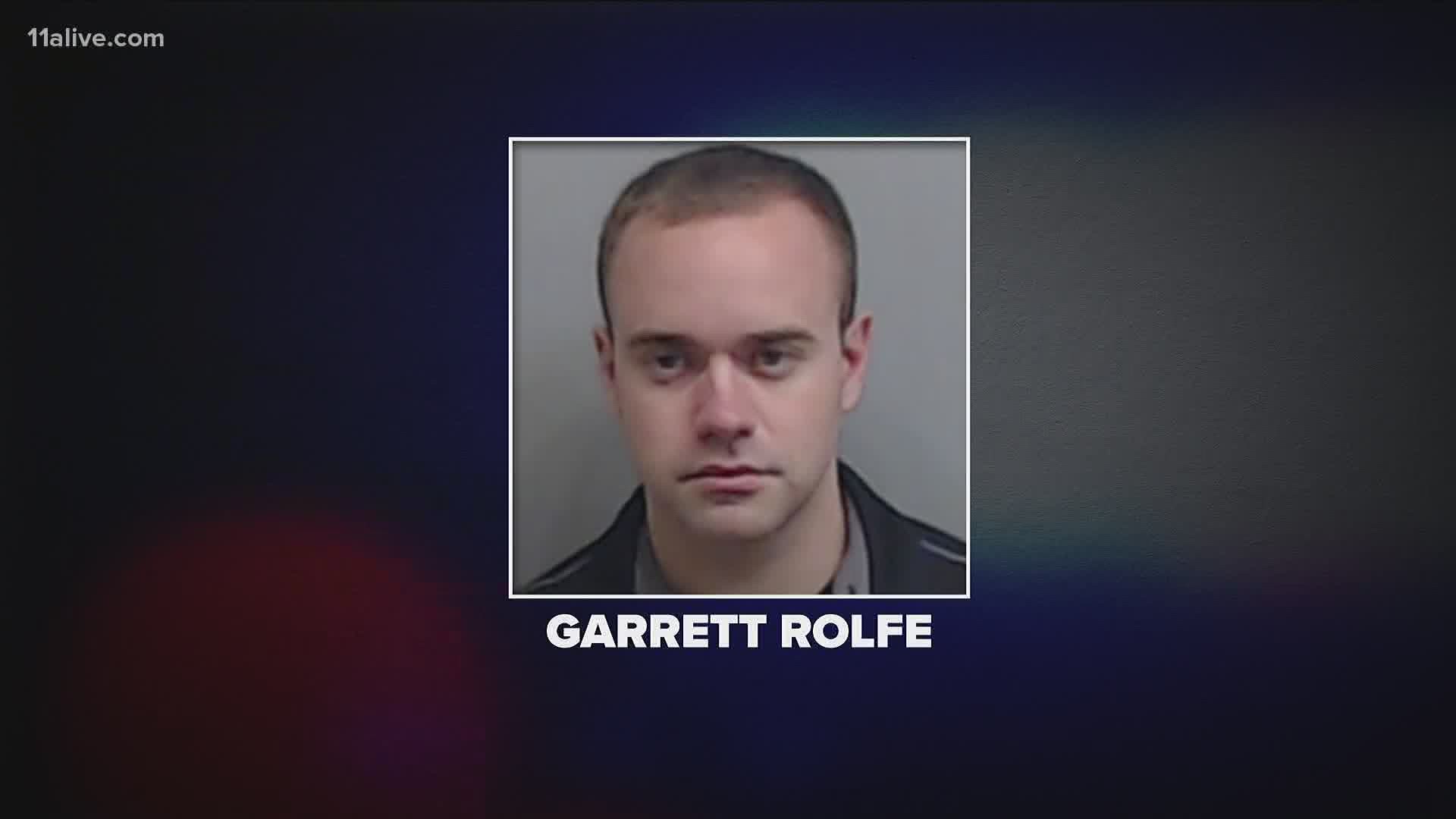 Both of the officers charged in connection to Rayshard Brooks' death have turned themselves in, according to jail records.

11Alive reporter Maura Sirianni confirmed that Brosnan later bonded out just before 1 p.m. The signature bond, according to public records, was $30,000.

Meanwhile, former Atlanta Police Officer Garrett Rolfe will not have a bond, Fulton County District Attorney Paul Howard said yesterday when announcing the charges. Records show he is now being held in the Gwinnett County Jail after being transferred there around 5 p.m.

A Fulton County Judge signed warrants for both on June 17, Howard said.

By law in Georgia, a grand jury must now convene and determine if it will indict the officers. But, due to the pandemic, no grand juries can meet until at least October. The D.A. wants the ability to move forward without an indictment.

Credit: AP
Atlanta Police officer Devin Brosnan walks out following his release from the Fulton County Jail on Thursday, June 18, 2020, in Atlanta. Authorities have charged Brosnan with four counts, including aggravated assault in the shooting death of Rayshard Brooks. The Fulton County District Attorney said Brosnan stood on Brooks' shoulder as he struggled for his life. (AP Photo/Brynn Anderson)

Howard said this is the 40th case prosecuted against officers in Fulton County. Nine were fatal.

Rolfe is charged with:

Rolfe faces up to life in prison or the death penalty if convicted on the felony murder charge.

Brosnon is charged with:

Brosnon faces one to 20 years in prison.

Later in an interview with 11Alive, one of Brosnan's attorneys, Amanda Clark Palmer, said they are stunned that her client is facing charges. She said her client also suffered a concussion during the encounter.

Brooks' widow Tomika Miller, along with family attorneys L. Chris Stewart and Justin Miller addressed the media after the announcement of the charges. They said this isn't a celebration and nobody is happy -- because the death of Brooks should have never happened.

Atlanta Mayor Keisha Lance Bottoms provided a statement in regards to the charges to 11Alive that read: