Officer Garrett Rolfe has been terminated from the department. 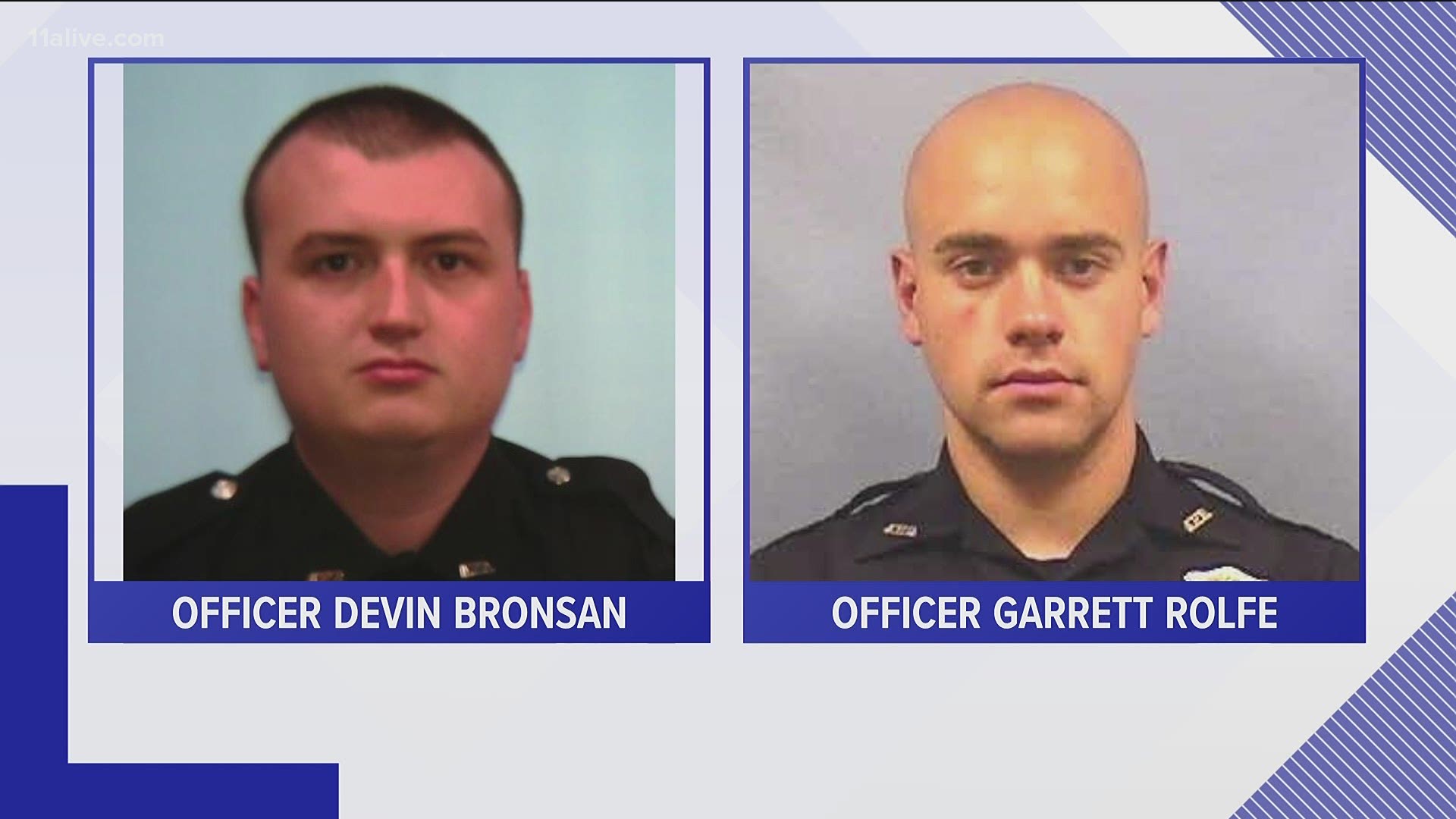 ATLANTA — Just after midnight on Sunday, an Atlanta Police spokesman confirmed that the officer involved in the deadly shooting of Rayshard Brooks has been fired. A second officer has been placed on administrative leave.

Officer Devin Brosnan has been placed on administrative duty and Officer Garrett Rolfe has been terminated. Brosnan has been with the department since Sept. 20, 2018, and Rolfe was hired on Oct. 24, 2013.

The department did not confirm the roles of the officers during the incident that killed Brooks Friday at around 10:30 p.m. at a Wendy's on University Avenue.

On Saturday evening, Atlanta Mayor Keisha Lance Bottoms recommended that the officer who fired the shot be terminated immediately. She also announced that Atlanta Police Chief Erika Shields was stepping down.

The Georgia Bureau of Investigation said Brooks, 27, was shot by an officer after he pointed a police Taser at one of the officers as he was running away from them.

Brooks was taken to Grady Memorial Hospital where he later died, according to the GBI.

Police had been called to the scene after reports of a man asleep at the wheel in the Wendy's drive-thru. Officers said Brooks failed a field sobriety test. A struggle began when officers tried to take Brooks into custody.

Witnesses said Brooks took one officer's Taser and began to run away. That's when he was shot.

The GBI released video from a Wendy's surveillance camera on Saturday afternoon that appears to show Brooks turn and point the Taser at the officers. APD released both body cam and dashcam from the incident.