A man later identified as Gabriel Parker, age 38, of Atlanta, GA, died at the scene from gunshot injuries. 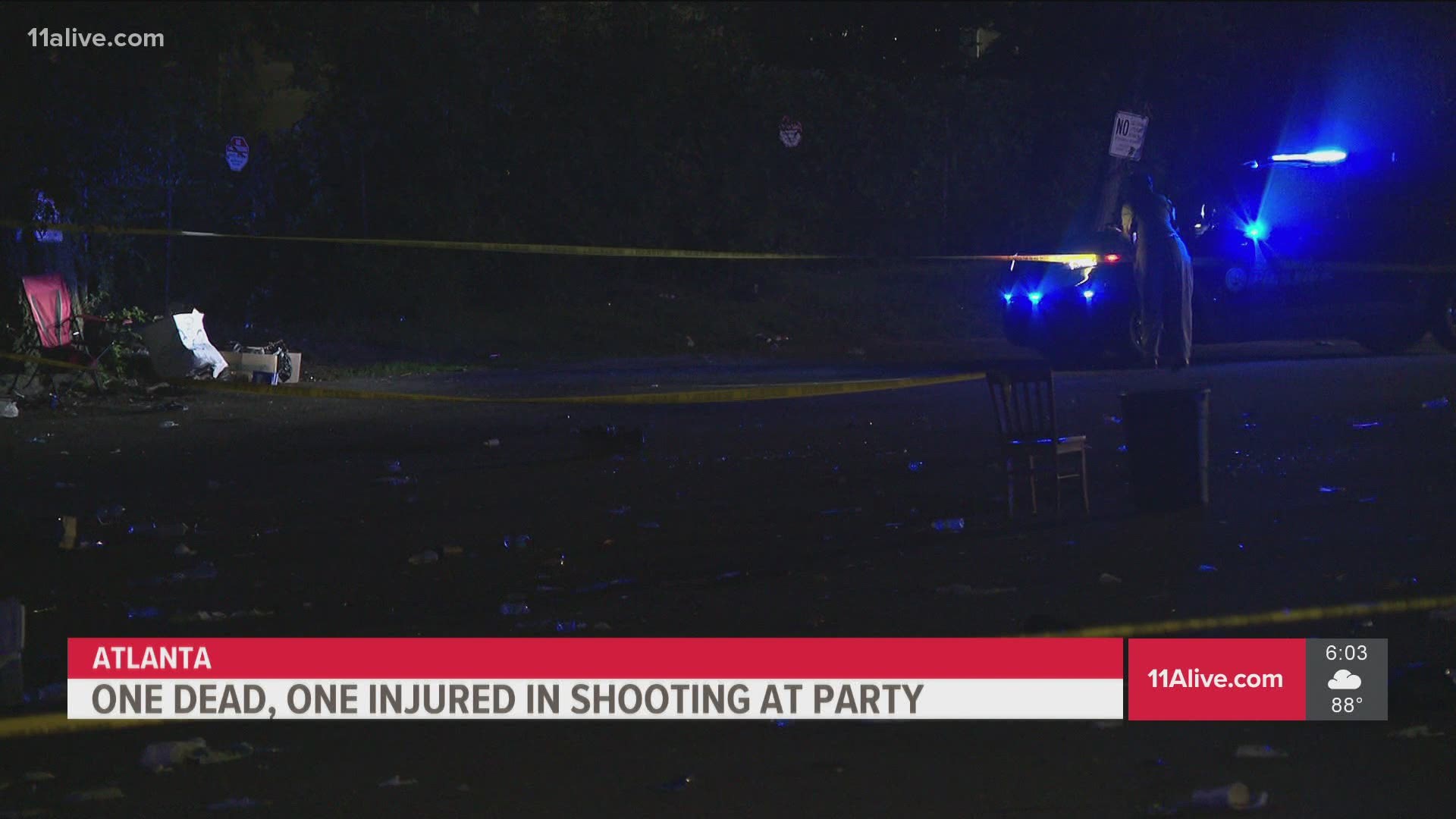 ATLANTA — The Georgia Bureau of Investigation (GBI) and Atlanta police are investigating a shooting that left one person dead and another injured following a gathering in northwest Atlanta overnight.

According to Deputy Chief Timothy D. Peek with the Atlanta Police Department, it happened shortly after 1 a.m. on Sunday near the intersection of James Jackson Parkway and Donald Lee Hollowell Parkway.

According to Peek, officers were patrolling a large block party or gathering that was happening in the area.

"...Somewhere around 800 to over 1,000 people that were located at this particular event. So a very crowded situation," Peek said.

During the patrol, the on-duty officer came across at least two people who were shooting at each other. That's when Peek said the officer fired his weapon.

Two women at the scene Sunday afternoon told 11Alive they were Parker's wife and cousin. They said he was at the party for Bowen Homes Day, a large reunion of people remembering the former Bowen Homes public housing projects in Atlanta.

No officers were injured during the incident. An autopsy of Parker will be completed by the Fulton County Medical Examiner’s Office.

Peek said the GBI will conduct an investigation to learn what led to the shooting.

"Several" guns were discarded at the scene, according to Peek.

He also said this "crowded" event was not sanctioned by the City of Atlanta.