The men ranged in age from 20 to 50 and work in jobs where they could interact with children -- including fast food, grocery stores and nursing. 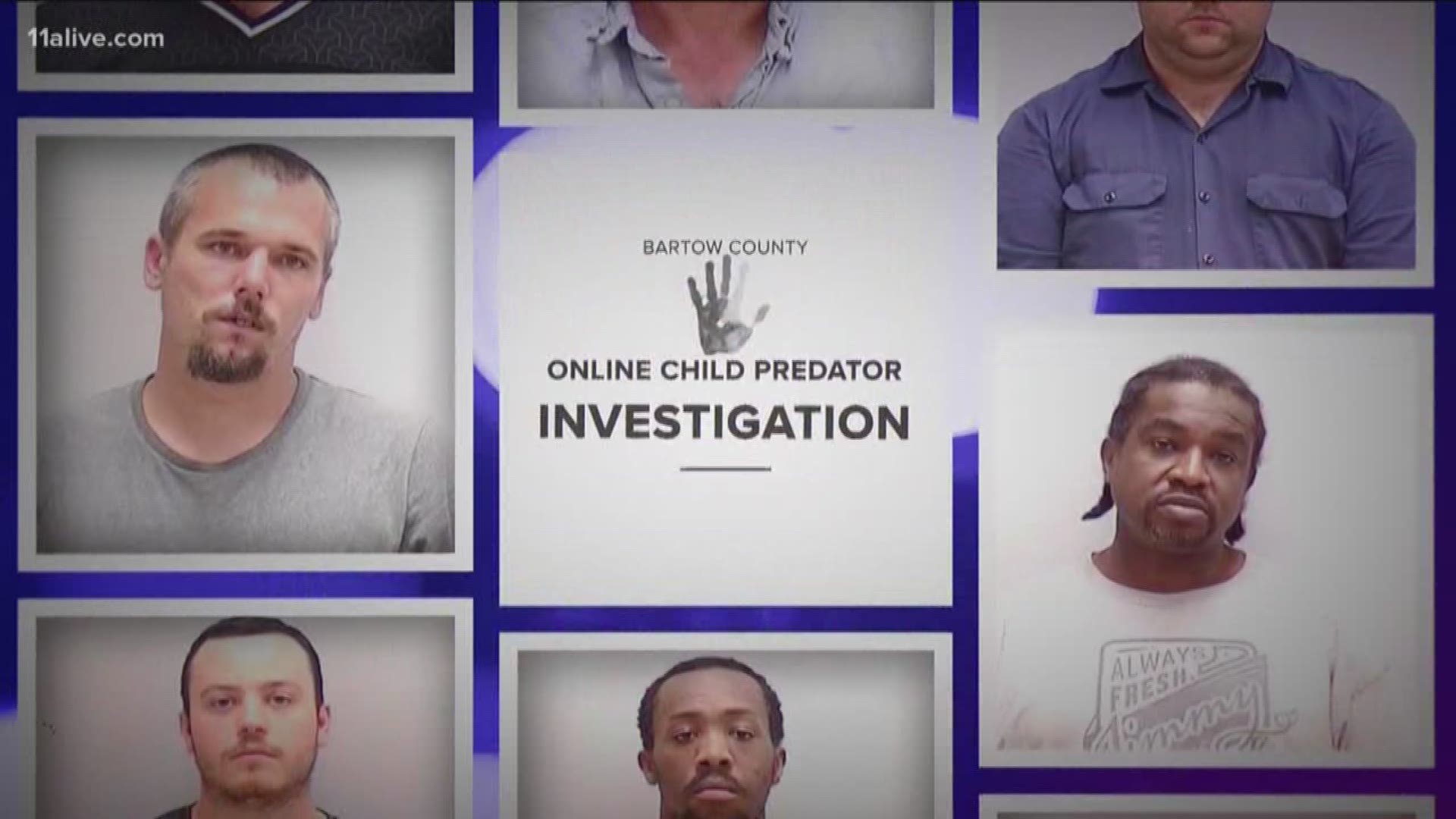 Many of the suspects have access to children through their jobs – including a certified nursing assistant, fast food and grocery workers, emergency home repair responders, electricians and college students.

The men, ranging from 20 to 50 years old, traveled from areas across northwest Georgia to meet children for sex, officials said.

One of the men was a registered sex offender and many suspects also had illegal drugs, according to a release. One man was also arrested for possession of a firearm and 24 mobile phones were confiscated.

“Operation Paladin,” was a coordinated effort between the Georgia Internet Crimes Against Children Task Force, the Bureau of Investigation’s Child Exploitation and Computer Crimes Unit and the Bartow County Sheriff’s Office. It took several months of planning, officials said.

Over 30 cases met the threshold for arrest during “Operation Paladin,” and officers had more than 200 exchanges with suspects on various social media and internet platforms posing as children, police said. In many of the messages, the suspects initiated contact with the undercover officers, who they believed to be children, and directed the conversation towards sex. In some of the cases, the suspects sent pornographic images.

Police said about half of the messages were sent through popular dating or social websites, along with websites used for classified advertisements. Many of the websites are promoted as for adults only, but police said that children often access these websites claiming to be older.

Several of the suspects arrested in “Operation Paladin” communicated with several undercover officers at the same time.

“Many predators specifically seek out minors on such websites to groom them as potential victims for sexual contact,” police said.

The following were arrested and charged in Bartow County as part of "Operation Paladin":