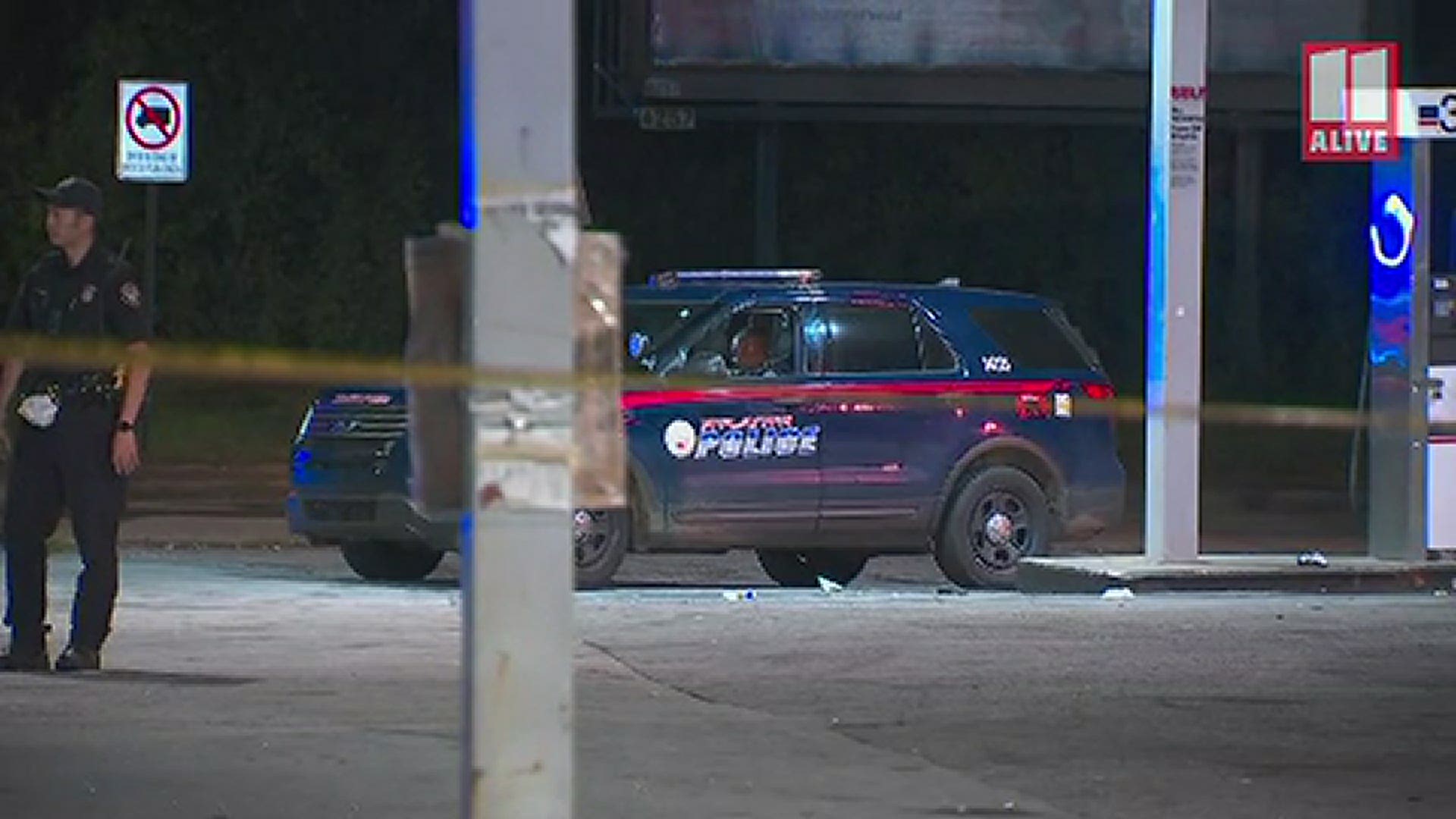 ATLANTA — Two people, including a teenager, were shot early Wednesday morning at a gas station in the Orchard Park neighborhood of southeast Atlanta.

Atlanta Police said that the two victims, 27-year-old Dwaune Williams and a 14-year-old, said that a "white vehicle pulled up alongside them and someone in the vehicle shot them."

It happened at a small independent gas station on Jonesboro Road at around 2:40 a.m., police said. They did not say what might have initiated the shooting, or if it was random.

Both Williams and the 14-year-old were taken to the hospital, Williams in critical but stable condition and the teenager stable.

According to police, an investigation is ongoing.