The property Othal Wallace was found on was allegedly associated with the "Not F***ing Around Coalition," a militia group that made demonstrations last year. 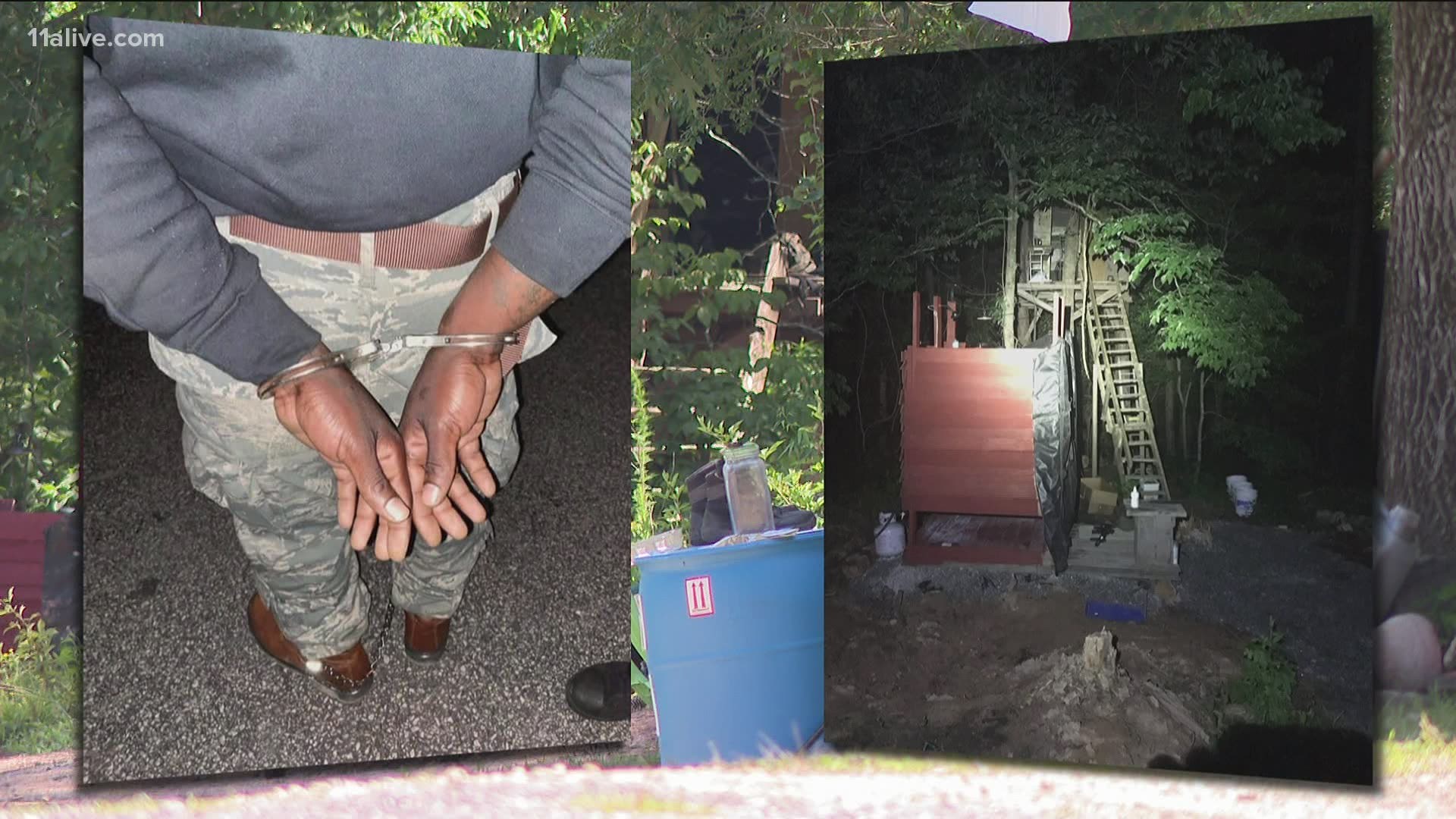 ATLANTA — 29-year-old Othal Wallace will soon return to Florida, where he allegedly shot a Florida police officer in the head last week.

Wallace, was arrested June 26 at a property in DeKalb County allegedly associated with the "Not F***ing Around Coalition," a militia group that made demonstrations against white nationalist groups in Stone Mountain last year.

"You guys know who I am? You know what I'm capable of? It could have been a lot worse," Wallace said as he was arrested, according to Young.

The Daytona Beach chief said officers from his department were involved in the arrest, which he said began with Georgia State Patrol troopers serving the warrant. The DeKalb County Police Department was also involved, as well as federal agents from the FBI, Department of Homeland Security and U.S. Marshals.

Young said the Daytona Beach officers placed Wallace in the handcuffs used by Officer Jason Raynor, who was shot in the head earlier this week.

The arrest ended a two-day manhunt for Wallace, for whom there was a $200,000 reward on offer.

Raynor was shot on Wednesday night while "approaching a suspicious vehicle," according to reporting by Daytona Beach NBC affiliate WESH.

He was originally in critical condition. According to the Daytona Beach chief, Raynor has begun to show signs of improvement and is "strong enough now to endure more testing."

"So as of now his outlook is improving, it's a positive one, but we're just going to continue to pray that he continues to heal," Chief Young said.

In a tweet, Gov. Brian Kemp thanked the GSP SWAT unit and said "the people of Georgia are praying for Officer Raynor's full recovery!"

Thanks to @ga_dps SWAT for their work alongside state and local partners to apprehend this dangerous fugitive. Our family and the people of Georgia are praying for Officer Raynor’s full recovery! https://t.co/RYPKriHx2b

The Daytona Beach police chief did not detail exactly how Wallace was located in DeKalb County, but mentioned "surveillance and technology" that was used in tracking him down as well as a "flood of tips" and the coordinated efforts of state and federal law enforcement agencies.