Over 100 people are facing charges of selling methamphetamine, heroin and other drugs across Spalding County, metro Atlanta and surrounding states. 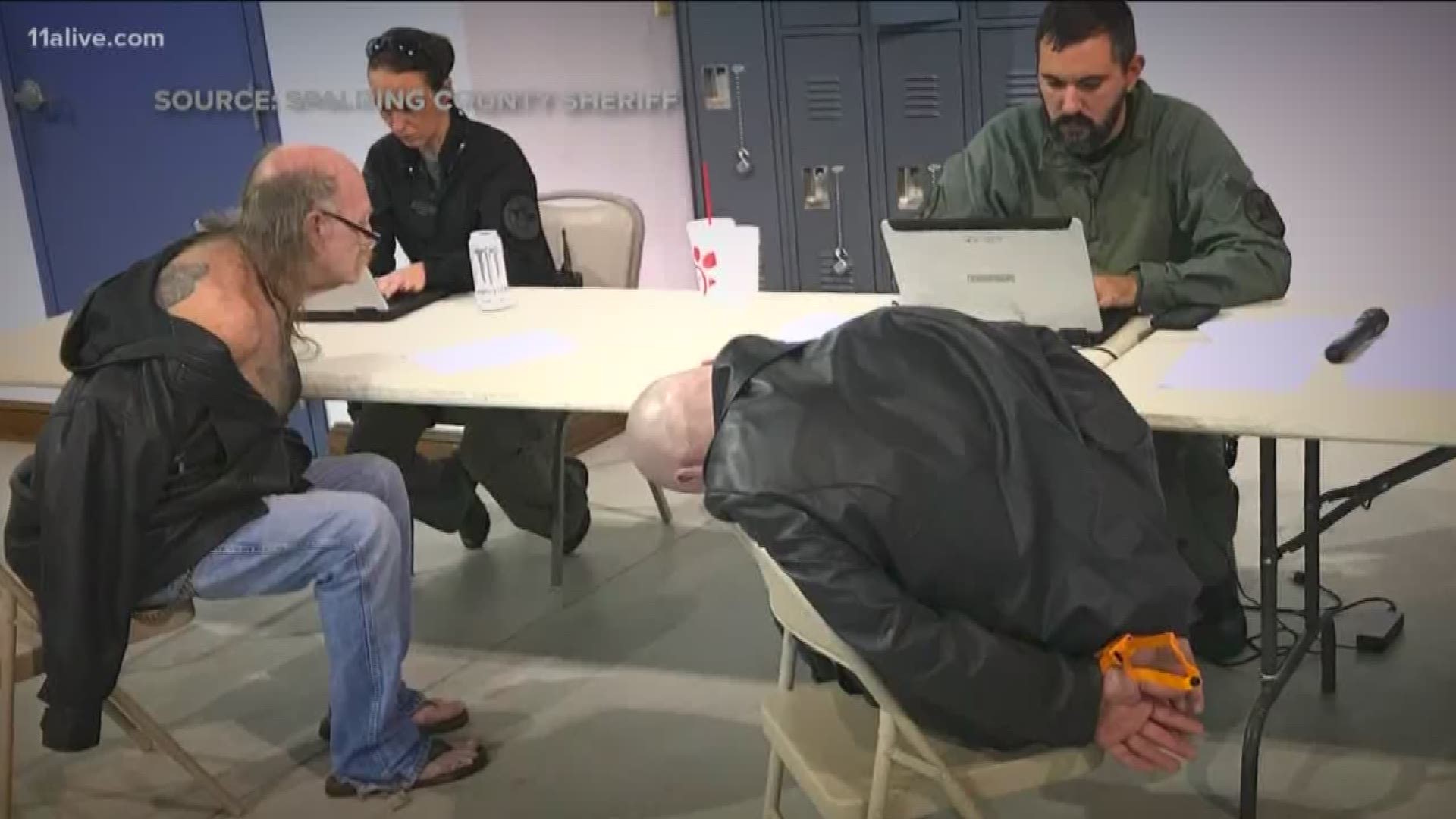 SPAULDING COUNTY, Ga. -- Police have made several arrests in connection with the “Ghostface Gangsters,” an accused drug ring suspected to be the source of deadly narcotics flowing through the metro Atlanta area that have resulted in three deaths.

On Thursday morning, SWAT and GBI officers descended on Spalding County and executed several arrest and search warrants for selling and distributing narcotics. In all, 100 arrest warrants have been issued and 60 more are expected.

Dix said the Ghost Face Gangsters were responsible for distributing several kilos of heroin and methamphetamine on a weekly basis.

The two-month long investigation, called “Operation Say No More,” led to over 100 people are facing charges ranging from trafficking and selling meth and heroin, along with possession of firearms during a commission of a crime and unlawful use of telecommunications devices.

The investigation started in Spalding County but quickly spread across the metro Atlanta area and into South Carolina, Florida and as far north as West Virginia.

RELATED | How cabbages help a deadly gang do business

Sheriff Dix emphasized that most of the people arrested Thursday are repeat drug offenders, not just users.

1 / 5
Over 100 arrest warrants have been issued and at least 60 more are pending in a mutli-organizaton investigation into Ghostface Gangsters, a massive gang and drug ring allegedly trafficking kilos of meth and heroin.Credit: Spalding County Sheriff

“As I have said before, if you sell narcotics, or are a gang member, you are a criminal. You have three choices. You can stop, you can leave Spalding County, or you can begin counting down your days of freedom because we are coming for you,” said Dix. “If you don’t want to be harassed or arrested by us, quit being a criminal and you will be left alone. If you choose to be a criminal, thug, or gang member, you’ve made your choice so get used to seeing us on a regular basis. We are not backing down and we will do everything we can to make our county safer.”