The truck was carrying 6,000 pounds of ammonium nitrate before it was overturned in Dawson County on Tuesday morning. 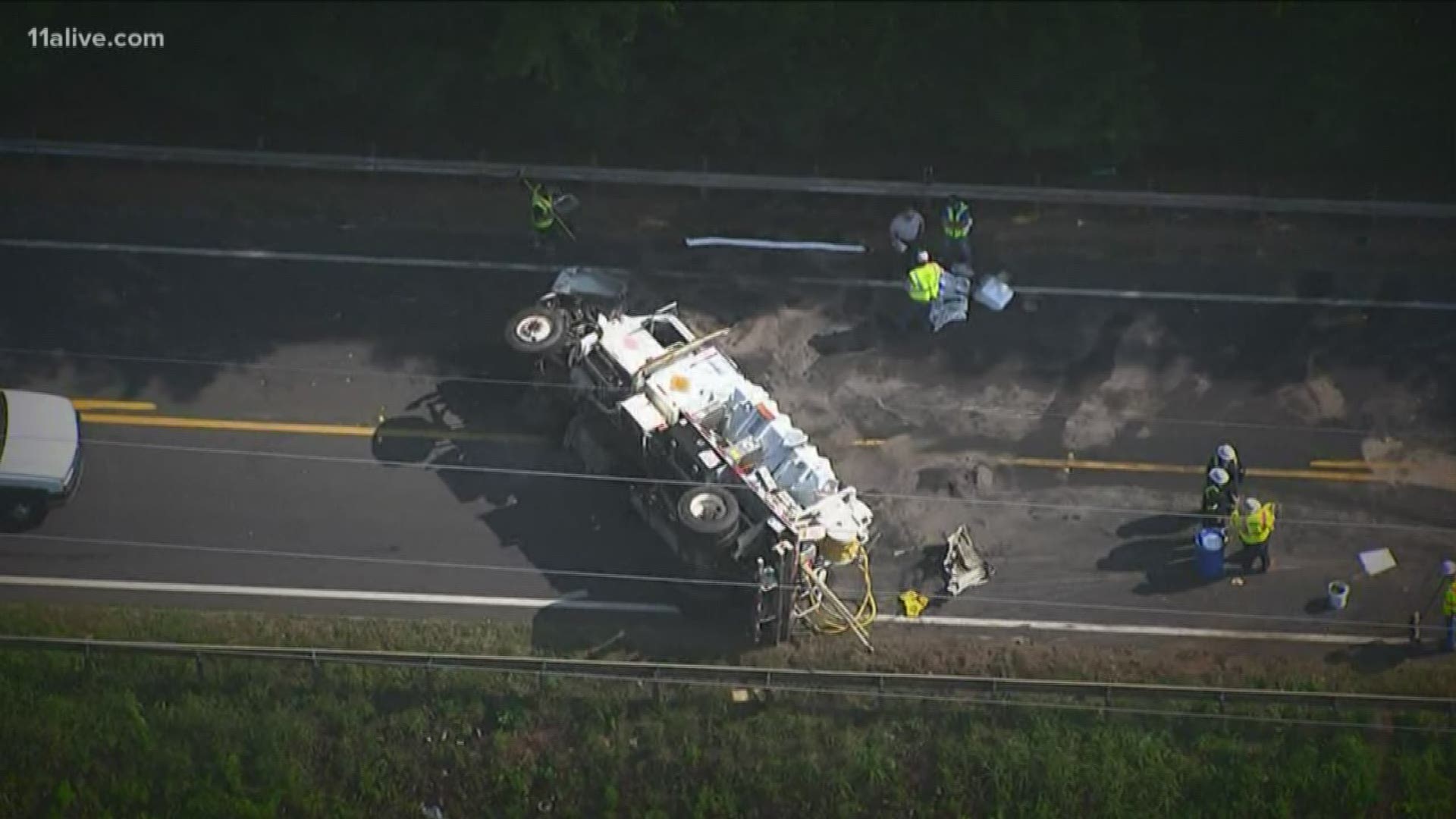 Georgia State Patrol arrested a 64-year-old woman and charged her with driving under the influence and failure to maintain lane in an early Tuesday wreck that left a truck carrying 6,000 pounds of an explosive chemical overturned.

The four-vehicle wreck occurred on Hwy. 53 in Dawson County, and left two men with minor injuries.

Authorities said later Tuesday they had arrested Pamela B. Russell, 64, of Gainesville in the wreck.

According to police, Russell allegedly was going east on Hw. 53 and crossed the centerline into the westbound lane, sideswiping the 1998 International 4800 commercial truck.

That, police said, caused the driver of the truck to lose control and overturn onto its right side.

Russell then allegedly sideswiped another car and finally collided into a third vehicle.

The truck spilled out about five gallons of petroleum-based ammonium nitrate product, according to Dawson County fire officials.

Dawson County Fire and EMA Director Danny Thompson stressed that without other elements interacting with the chemical, it was not a threat to ignite.

Officials had earlier described the explosive as dynamite.

"I know there's been a lot of talk on social media that it's dynamite. This product's actually used in lieu of dynamite, and has been for  about the last 15-20 years, because it's very safe in transportation and just it's general usage," Thompson said.

He said the chemical is commonly used in mining and rock quarries and was headed to Marblehill in neighboring Pickens County.

"I think that the big takeaway here, really, is it requires several different elements for it to become that explosive component," Thompson said of the ammonium nitrate. "In and of itself, it is not."

The truck is owned by a company called Austin Powder, out of Gainesville.

The wreck occurred around 5 a.m. Tuesday.