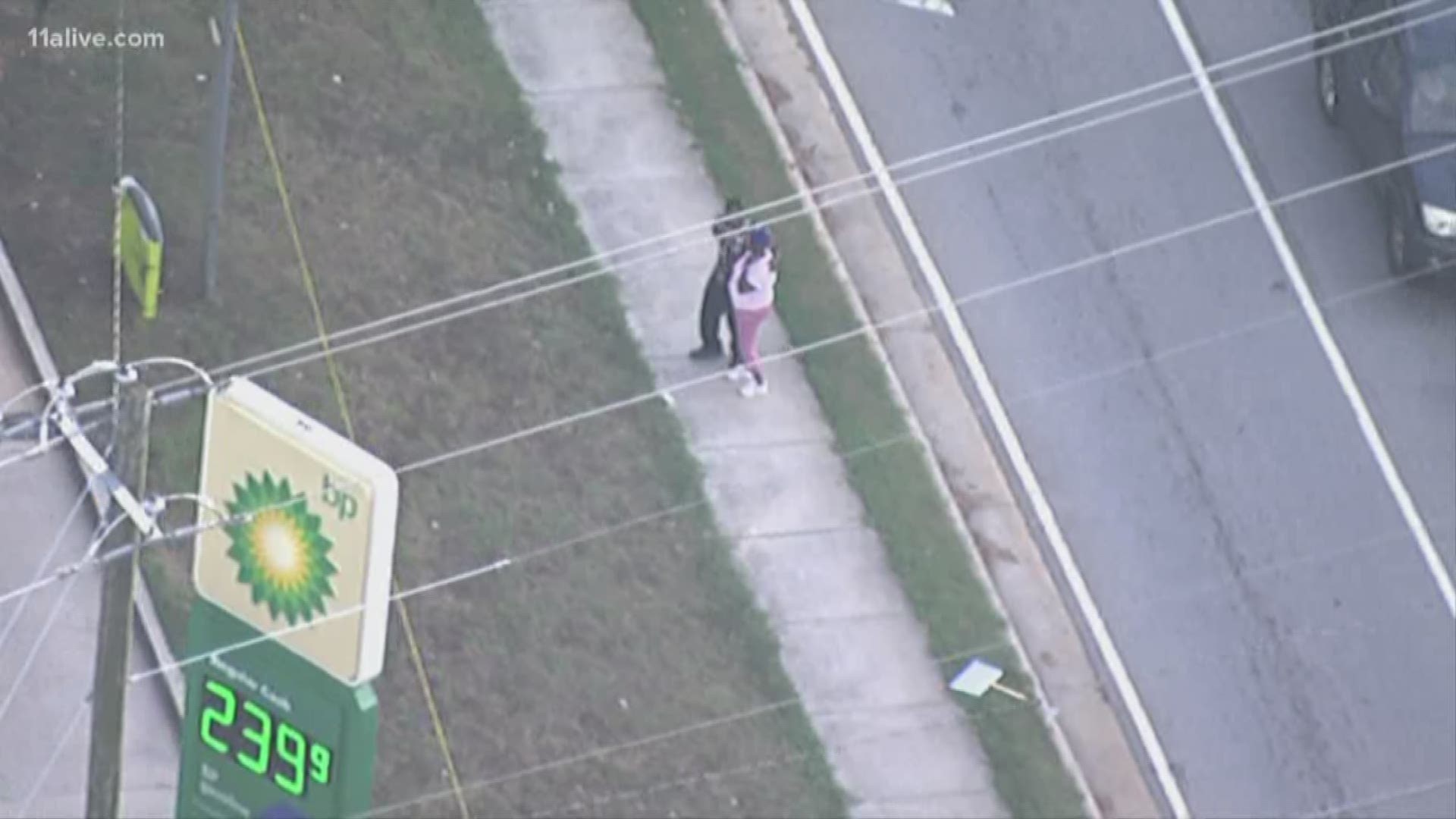 DEKALB COUNTY, Ga. — Police have identified the man killed at a Dekalb County gas station and released information on three men they believe shot him. However, they still do not know a motive.

Jesse Turner III, 68, was killed on Oct. 7 at a BP gas station off Panthersville Road in DeKalb County.

They later found the vehicle burning about 2 miles away from the scene. It was originally reported stolen in August.

Police said they believe the suspects left in a red or burgundy Chevy Tahoe after burning the Nissan. The Tahoe has aftermarket rims on it. It is registered to Geddis.

All three are wanted on murder warrants, police said. They are not sure who actually shot Turner. The investigation is ongoing.