Paulding DA indicted on bribery charges turns himself in

Donald Richard “Dick” Donovan, 75, was booked into jail, Monday. His arrest comes after a judge gave him until noon Tuesday to surrender. 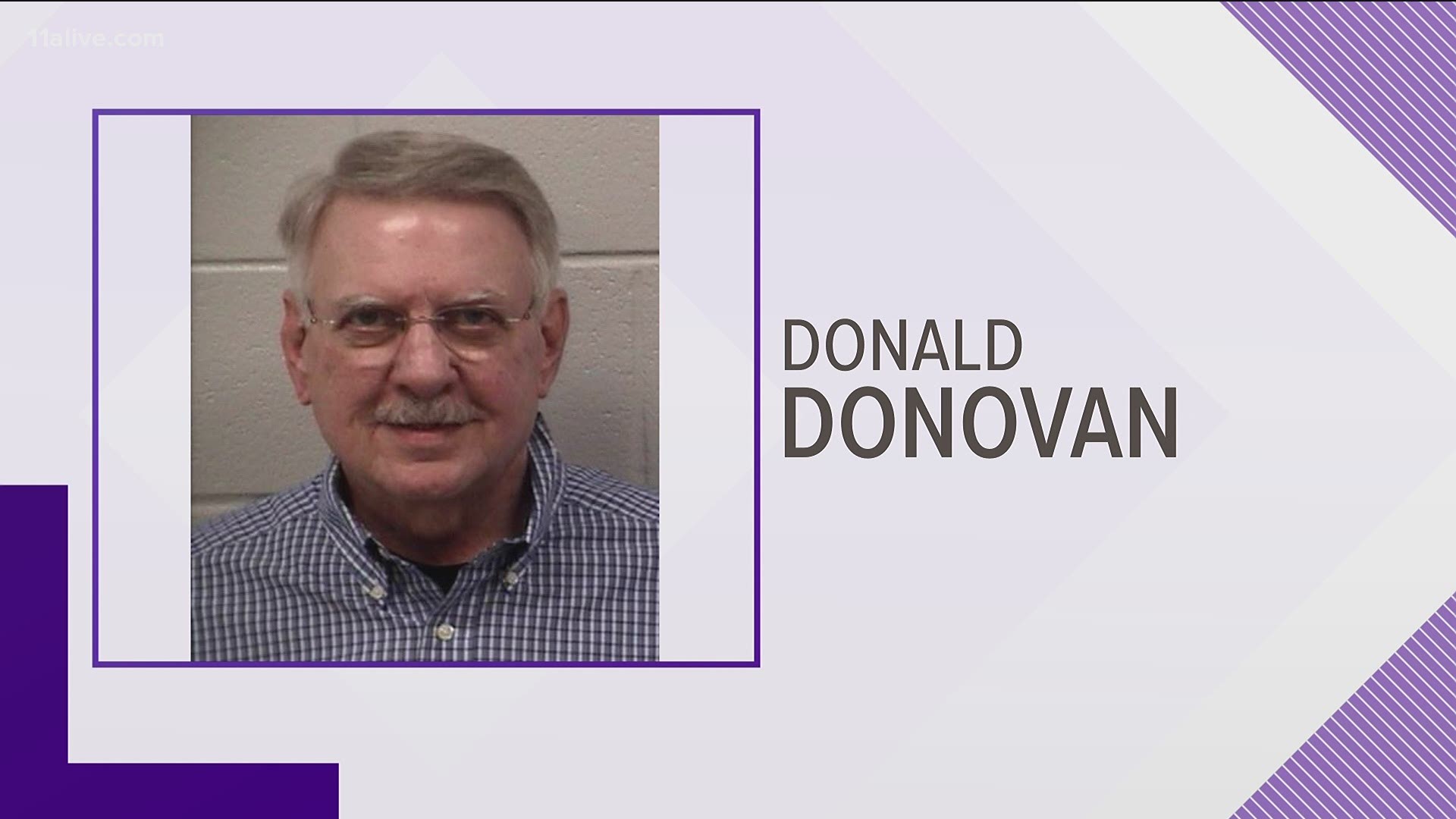 PAULDING COUNTY, Ga. — A Paulding County District Attorney accused of bribery and other charges turned himself over to authorities, Monday.

According to the Paulding County Sheriff's Office, Donald Richard “Dick” Donovan, 75, was booked into the county's jail just before 4:30 p.m. Monday. He was released just about an hour later, after posting a $2,500 bond, according to the sheriff's office.

His arrest comes just days after a judge issued a bench warrant for Donovan - that gave him until noon Tuesday, Feb. 23 to turn himself in. It also follows the indictment of the 10-year district attorney by the Georgia Attorney General's office on several felony charges.

Donovan has been accused of false swearing, bribery, and violation of oath by an officer. The charges originate from an investigation by state agents into allegations the district attorney sexually harassed an employee in his office. The victim, who is a victim-witness coordinator, accused him of the act in a 2019 federal lawsuit.

Donovan denied the claim under oath, according to the GBI. He's also accused of trying to help her out of a shoplifting charge by bribing the prosecutor on that case with incentives.

Meanwhile, the future isn't entirely clear for Donovan, with the governor having the ability to possibly suspend him; though, Gov. Brian Kemp's office hasn't yet said if he will. And, if convicted, the district attorney could face prison time.