Noah Fischbach worked at Jefferson Gun Outlet on and off for years but was embarking on a new career as a firearm expert in the film industry. 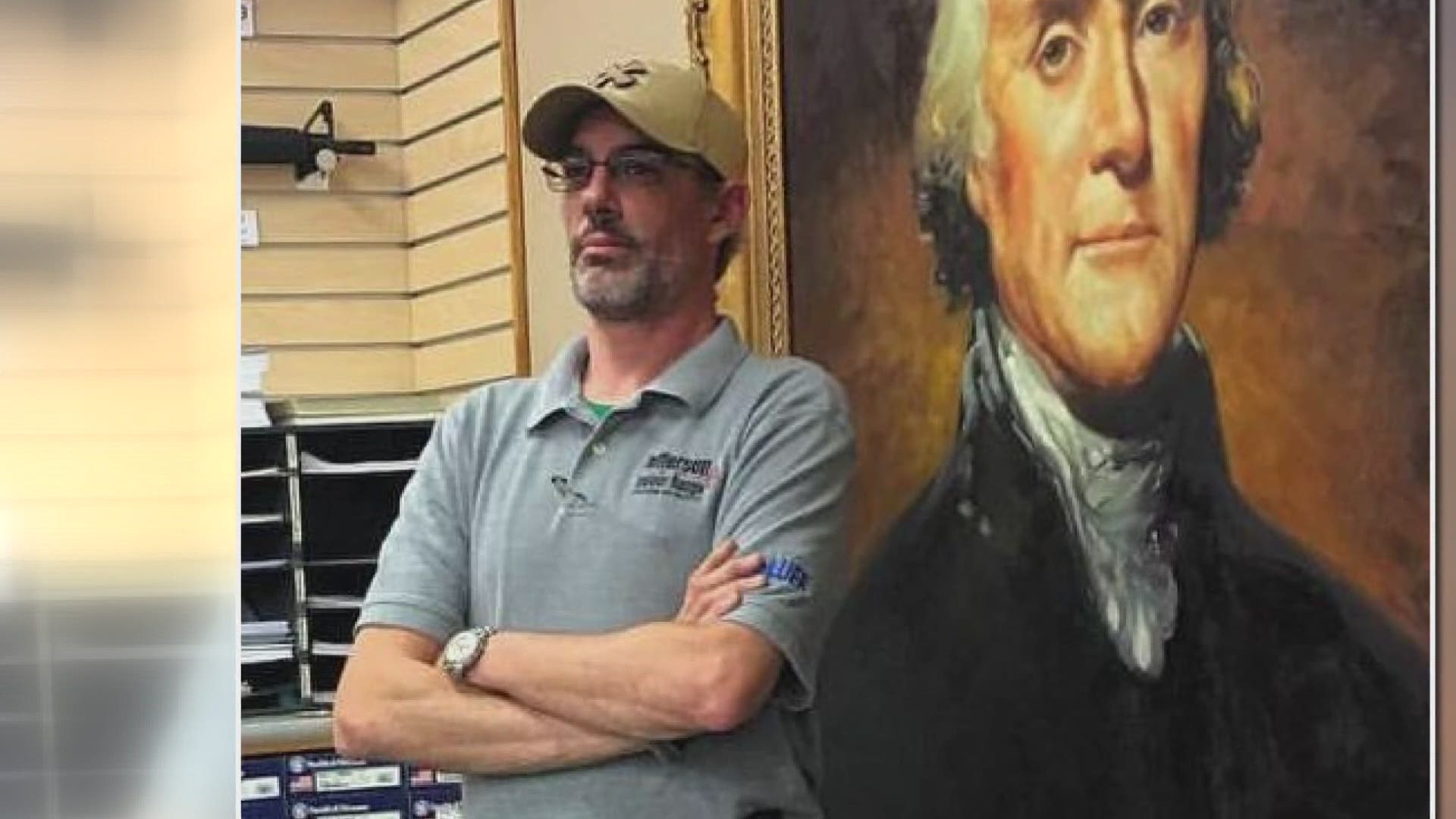 According to police, Joshua Williams, 27, is the suspect. Noah Fischbach, 47, and Veronica Billiot, 59, have been identified as the victims.

"Here's another senseless gun violence murder for no reason," said John Fischbach, whose son, Noah, was killed while working at the gun store.

"People loved him. They loved him because if you bought a gun, he wanted to make sure you knew how to operate it safely. He really cared about the people," Fischbach said.

Noah Fischbach worked at Jefferson Gun Outlet on and off for years, but was embarking on a new career as a firearm expert in the film industry. That move was on hold due to COVID, but Fischbach was thriving and excited about his future, according to his father.

"He had this whole new career that he never got to really take advantage of," John Fischbach said.

Veronica Billiot was a customer at the store, according to her family. She was also shot and killed. Her family describes her as a beautiful, loving, generous mother and grandmother.

According to the Jefferson Parish Sheriff's Office, Joshua Williams was the initial shooter. He was also shot and killed.

JPSO is still sorting through evidence, but sources tell our partners at The Times-Picayune | New Orleans Advocate that Williams walked into Jefferson Gun Outlet with a loaded weapon which is against store policy. He then allegedly got into an argument with employees who asked him to unload his weapon.

Williams family members told our partners at NOLA.com, he had gone to other gun ranges and never had a problem and they doubt he would have shown up for a gunfight.

In addition to the three fatalities, two people were in injured with non-life-threatening injuries. They are said to be stable, as of Sunday.

JPSO plans to hold a news conference Monday afternoon to provide an update on the investigation.

RELATED: Woman killed in I-10 crash in New Orleans East