It stemmed from an alleged shoplifting incident at the Sunglass Hut inside Macy's. 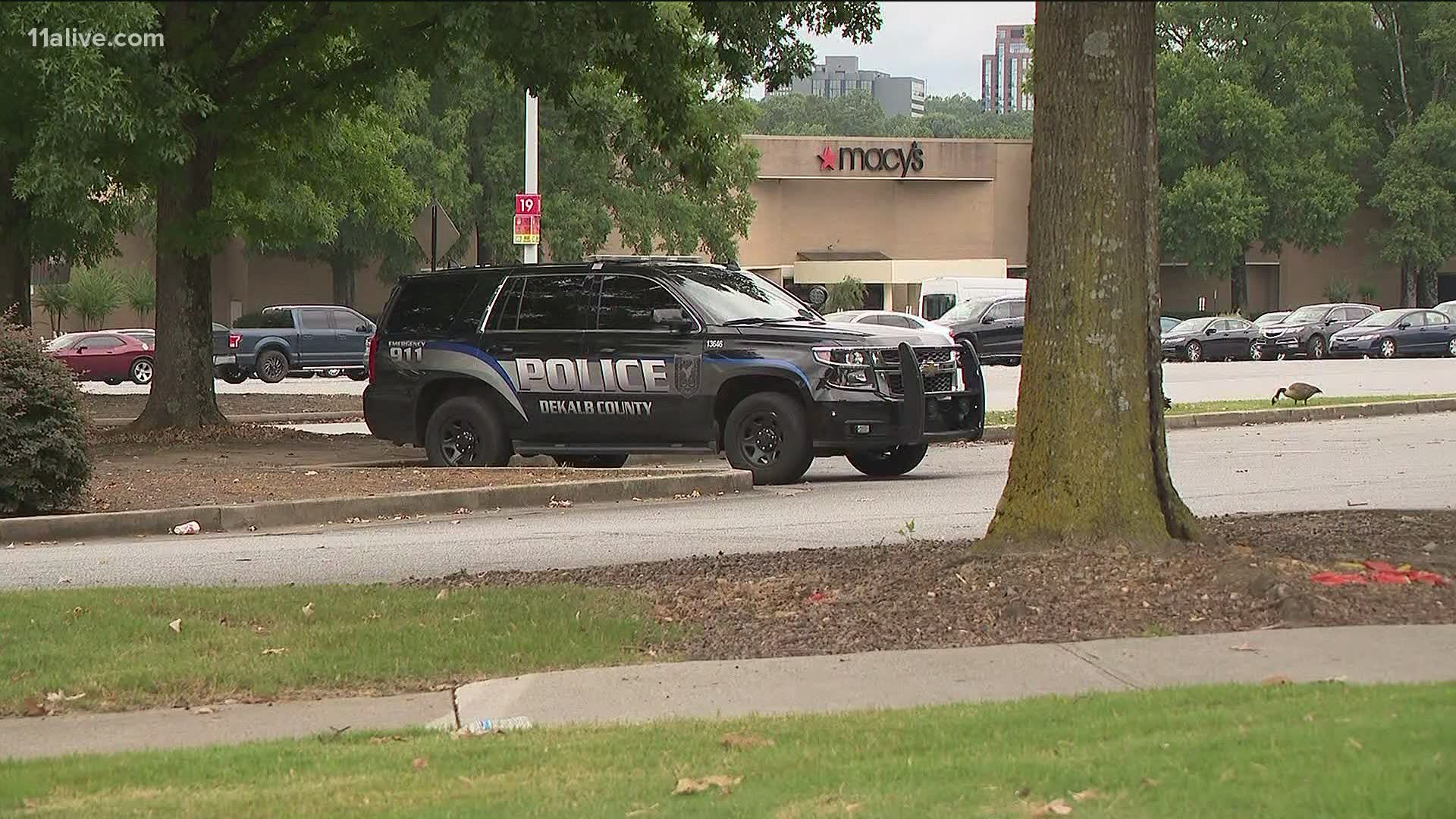 Dunwoody Police Department Sgt. Robert Parsons said a loss prevention officer confronted a man who was believed to have been stealing from a Sunglass Hut inside the department store located off Ashford Dunwoody Road at around 12:47 p.m.

The officer followed the suspect into the parking lot and that's when he fired three shots at him. No one was struck, Parsons said.

The suspect ran off and was captured by Dunwoody Police officers about 30 minutes after the shooting. Police also later said the firearm was recovered.

Just last week the department shared surveillance images on Facebook of a man suspected of "multiple shoplifting incidents" at that store. They were seeking the public's help in identifying the person.

Parsons said that he believes the crimes are unrelated, but that they will investigate to find out if he could be linked to any other crimes.