Warrants: 4-month-old killed at daycare slept face down, was not checked on for more than 2 hours

Amanda Harris Hickey is charged with murder and and child cruelty. 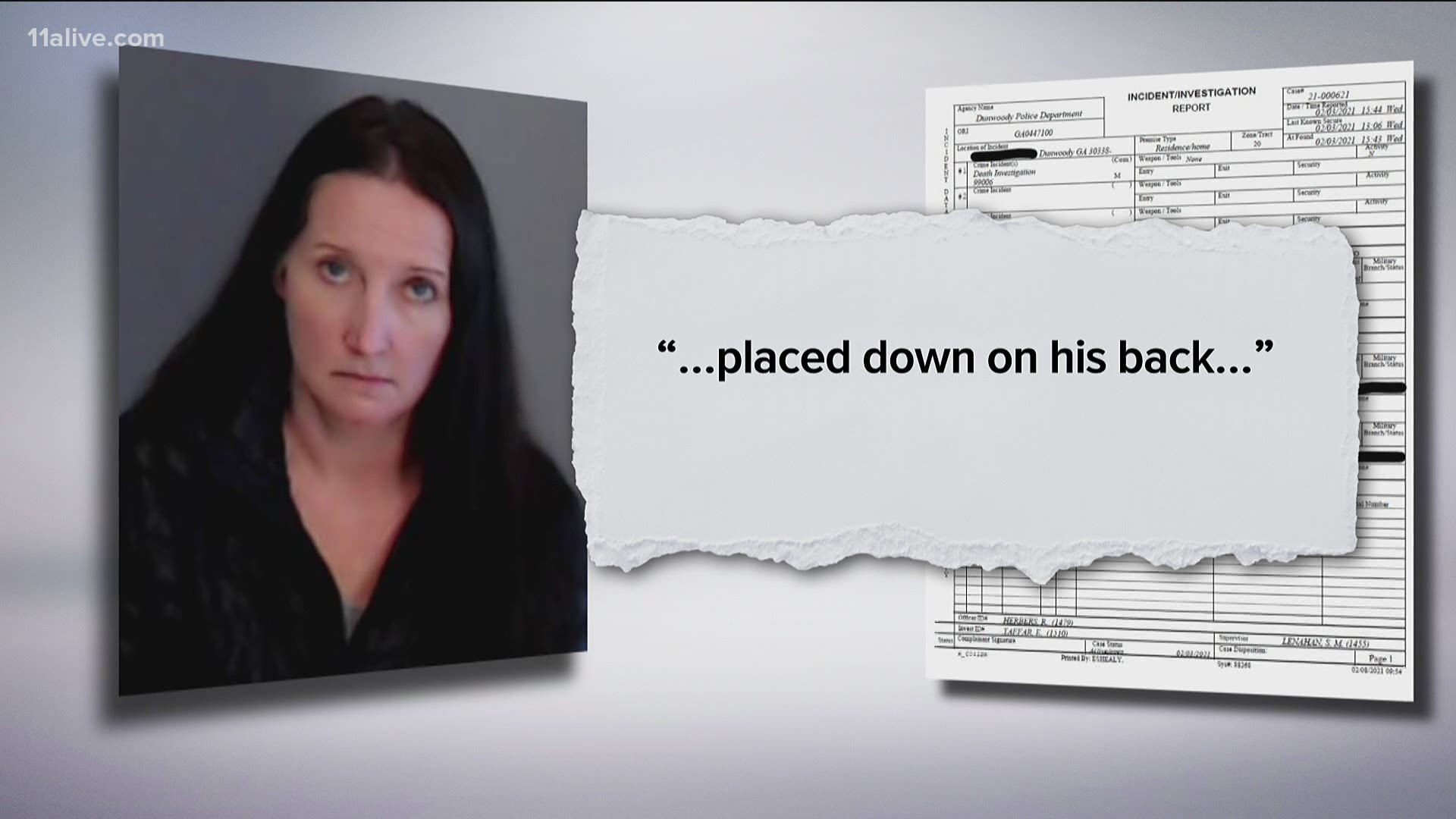 The report mentions surveillance cameras in the bedroom showing the Chamblee boy being laid down.

Hickey's arrest warrant, though, makes a different claim based on video evidence.

In the warrants, a Dunwoody Police investigator writes, Hickey "placed him in the pack and play at 1:05 but did not check on him until 3:45 when he was found unresponsive. She told detective that she put him on his back in the pack and play. She stated he must have rolled over. She stated she was trained to put children face up. Video show her putting him down face down. He does crawl a bit but stopped around 1:45."

The arrest warrant also states that the "video reveals other actions which are under investigation."

Hickey's charges in the warrants are listed as felony murder and second-degree child cruelty, also a felony charge.

In the police incident report, an officer wrote Hickey returned to the bedroom and found the boy laying "belly down in the bed." The officer states Hickey said she wasn't immediately alarmed because the boy's mother, according to Hickey, had mentioned: "he had rolled over for the first time" earlier the same week.

Hickey then noticed the boy wasn't responsive and, according to the report, called 911, started CPR, and yelled to her husband for help.

Dunwoody Police officers and DeKalb EMS then arrived and took over resuscitation efforts.

The boy though was pronounced dead.

According to the report, there were seven additional kids at the daycare during the incident, but none needed medical attention and all were picked up by their parents as detectives began investigating.

On Saturday, Hickey appeared before DeKalb Magistrate Judge Phyllis R. Williams, with her attorney, waiving her right to hear the judge read the two arrest warrants.

HIckey spoke only to acknowledge to the judge that she understood the charges.

Hickey will remain in jail until she has a bond hearing in Superior Court - a Magistrate Court judge does not have the authority to decide one way or another about issuing a bond.

Hickey's attorney, Tracy S. Reeves, Jr., said he would request both a bond hearing in Superior Court and a probable cause hearing in Magistrate Court.

On Monday, Reeves told 11Alive he isn't commenting on the case at this time. The child's parents also declined to comment when contacted by 11Alive.

Georgia's Department of Early Care and Learning (DECAL), Division of Family and Children Services (DFCS), and the Dunwoody Police Department are now working together on the case, described as an open investigation.

While the incident report and arrest warrants have been released, the 911 call Hickey made isn't being released due to the investigation still being open, according to DeKalb County Police.

State records going back more than four years show no violations at the daycare, other than issues such as the state needing a background check on a 17-year-old who helped at the daycare, which was resolved.

"This action is taking place in conjunction with an investigation by Dunwoody Police who have charged Ms. Hickey with felony murder and cruelty to children after the death of a four-month-old child in her care," the agency said in a statement.

DECAL said that Hickey had 48 hours to appeal the action, however in an update, the department said that she did not appeal. As a result, DECAL said the daycare will be closed for the next 21 days while it continues to investigate the child's death.

"If we determine revoking her license is necessary, the program will remain closed until a hearing is held before an administrative law judge," DECAL said.

Meanwhile, DECAL said that parents who were impacted by this incident and are looking for alternative childcare can find resources by calling the toll-free number 1-877-ALL-GA-KIDS or visiting QualityRated.org.

Editor's note: This story has been updated with information that Hickey did not file an appeal to DECAL's emergency closure order.